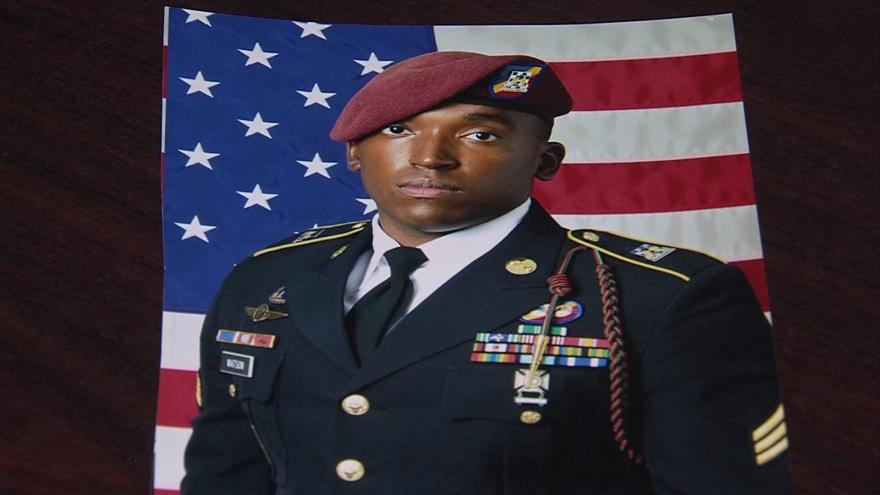 A decorated member of the U.S. Army, a Staff Sergeant from Milwaukee, is dead. Family members say Langston Thurgood Watson died earlier this year in Vicenza, Italy, where he was stationed. The army said SSG. Watson was found in his off-post home, but his family says they still don't know how it happened. As they wait for answers, they're sharing memories.

"I'm just remembering and happiness that he brought to my life, as a baby, a toddler, a kid," said Floyd Watson, Langston's father.

Mr. Watson remembers talking to his son the day the recruiter came.

"The day the recruiter came, are you sure this is what you wanna do? And I said okay son, gave him my hugs and everything and saluted him off," Mr. Watson said.

Mr. Watson says joining the Army was something his son wanted to do since he was a student at Pulaski High School. Langston was just a few months from making it to ten years in the Army. He was most recently based in Italy, part of the 173rd Infantry Brigade Combat Team. SSG. Watson received a Rifle Marksmanship badge, the Global War on Terror Service medal, and a number of others. The Army also says Watson received the Army Commendation medal (4th award), Army Achievement medal (2nd award), and Parachutist’s Badge.

"I'm very proud, I always brag at my job all the time of Langston, all the time," said LaToya Watson, Langston's sister.

Langston died February third, and on February 14th, the U.S. Army flew them to Italy for a service. His death is still too difficult to talk about, and as they wait for answers as to how he died, their private memories are keeping them strong, as are the ones from friends.

"We already knew he was a special person, but just that type of person that he was, you don't find people like that nowadays," LaToya said.

CBS 58 has learned both the U.S. Army and Italian authorities are investigating. Langston leaves behind a wife and two siblings.