Army Offering 2 Year Enlistments for the First Time in Years and $40,000 Bonuses for 4-6 Year Commitment 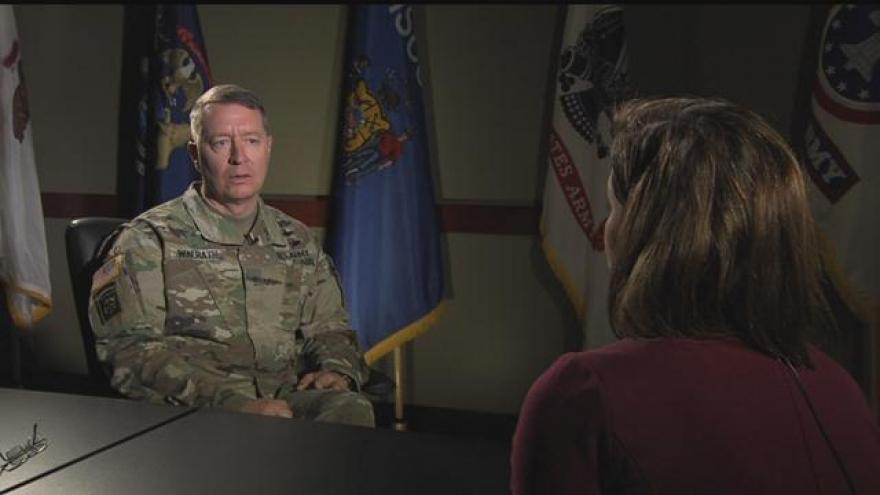 Brig. General Jason Walrath is in the Milwaukee area to announce new incentives to recruit for the U.S. Army.

They include two year enlistments, which the Army hasn't offered in five years and $40,000 bonuses for 4 to 6 year commitments.

Wisconsin currently has 898 openings it is trying to fill.

Experts say it's not the danger aspect that keeps people from serving, rather it's health or drug issues that prevent them from reaching basic standards set by the US Military.

While some are assuming this is a result of the new President Trump Administration, this recruitment push is part of the National Defense Authorization Act which was signed by an outgoing President Obama.

The entire US Army must fill more than 6,800 positions by September.

The Brig. General dismissed any notion that this is an indication the Army is desperate.

"We're going to make our mission regardless of incentives on merit of service," Walrath told CBS 58 News.  "We've made our mission for the past 40 years with a few exceptions. We had that big build up five or six years ago for the surges in Afghanistan and Iraq and we made our mission."

He also acknowledged a marketing strategy that doesn't just answer the call to be patriotic, but also practical.

"It's a great place to start. We have people who don't have experience. We give them experience. I have heard hundreds of examples of folks who started out in the military and look back it as one of the best times of their lives. It really gave them the opportunities to what they're doing now."