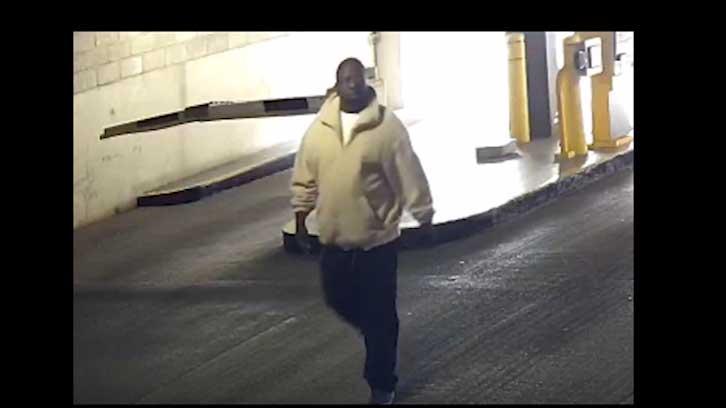 A suspect pulled out a knife on a woman and demanded her purse in a downtown Milwaukee parking structure on Tuesday afternoon.

Milwaukee Police are asking for the public’s help in identifying a suspect wanted in connection with an armed robbery that happened around 1:10 p.m. on October 25, 2016 in the 400 block of E. Wisconsin Avenue.

The male suspect entered a parking garage and approached the female victim. The suspect pulled out a knife and demanded the victim’s personal belongings. The suspect took the belongings and fled on foot.

The suspect is described as a black male, between 30-40 years-old, with a heavy build, and short hair. He was last seen wearing a white zippered waist-length coat and dark pants.