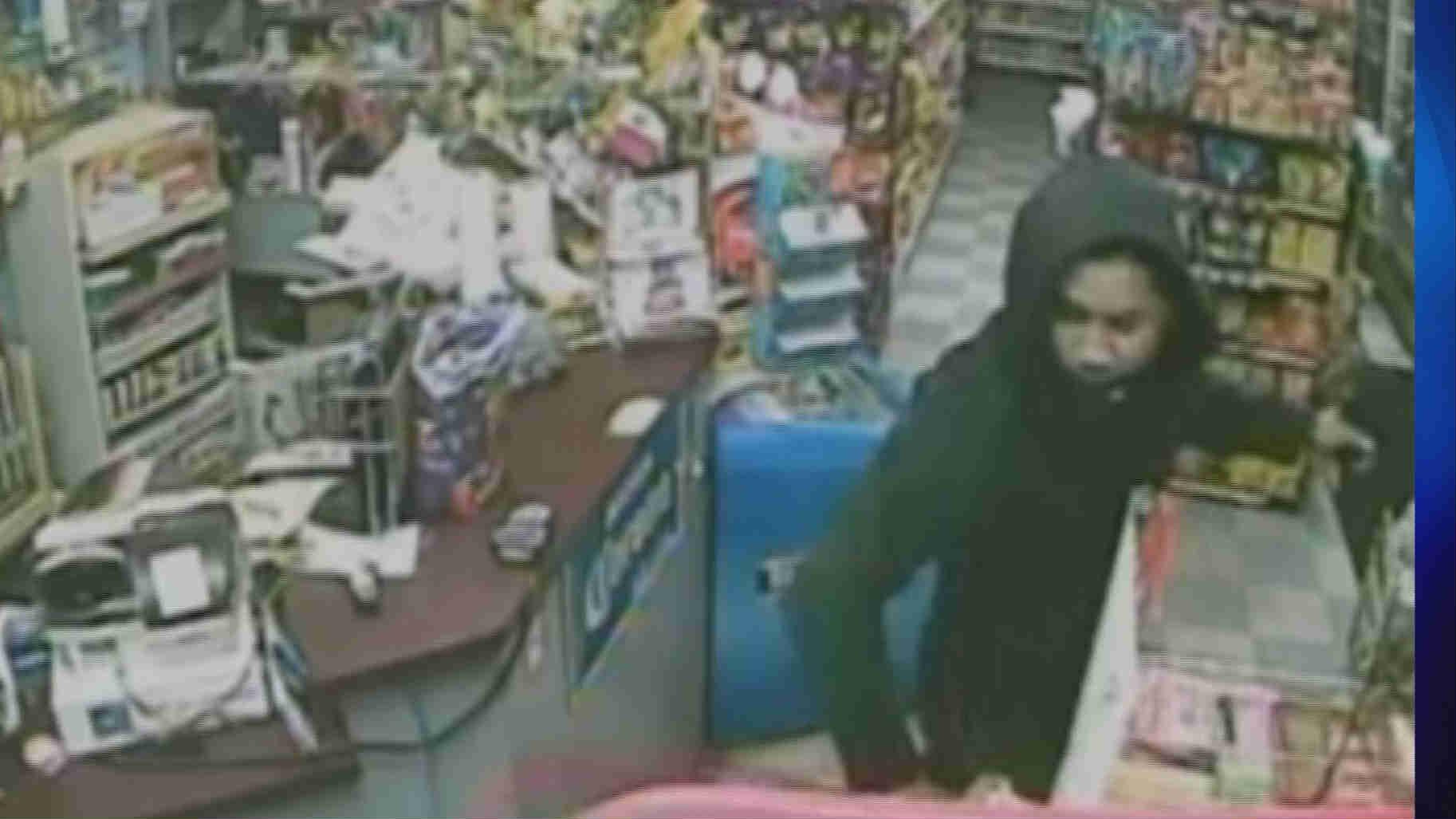 The owner of a local convenience store reaches for his gun, only to have it snatched away during a robbery and it's all caught on video. It happened October 18 at the San Ignacio Market on Muskego Avenue - a business that's seen this before.

In less than 20 seconds, Aldana went from working behind his store counter to fighting an armed robber.

\"We know most of the people so I wasn't really paying too much attention to who was coming in,\" Aldana said. \"[The robber] Threw the bag on the counter and he pulled his gun out and said, 'Put the money in the bag,'\" Aldana recalled.

Benito didn't listen. Instead, he reached for his own gun. The robber jumped the counter, took Benito's gun and ran off. The clerk was able to pull the man's mask down, which can be seen on the surveillance footage. The robber didn't get any money.

Benito's wife, Ernestine, knows just how scary a robbery can be.

\"I know [Benito] jumps at times, you know, especially if someone new comes in the store,\" Ernestine said.

Flash back to December 2012: Ernestine was working behind the same counter when a man with a knife tried to rob her. That time, Ernestine pulled her gun out and chased the man out of the store.

\"I wish I was here because I would have shot him,\" Ernestine said of this past robbery. \"I would've seen him coming in that door, putting that mask up.\"

\"This kind of activity is nothing more than urban terrorism,\" Milwaukee Alderman Bob Donovan said.

Donovan celebrated Ernestine with his \"Golden Gloves\" award after the first robbery. He admits another gun in the hands of a criminal isn't good, but thinks Benito did the right thing.

\"This law abiding business owner has every right to protect himself and his interests, so you won't get any gripe from me,\" Donovan said.

Police caught the suspect from the 2012 robbery attempt, but so far don't have any leads on this one. If you recognize the man in that security footage, call Milwaukee Police at 414-935-7360.