Arena Project is On Time and On Budget 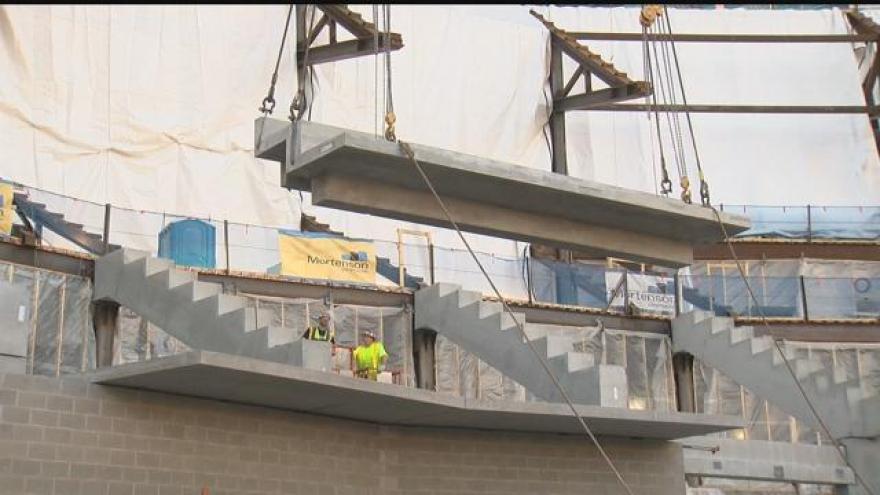 Milwaukee Bucks President Peter Feigin said the arena project was on time and on budget.

He spoke to a room of commercial real estate developers, giving them an update on the progress of the new arena.

He showed them the potential for business development in the entertainment district that will surround the Bucks new home.

Feigin said the arena is about 30 percent completed and that the mild winter has helped things move along at a good pace.

The first concrete blocks in the seating area were installed on Wednesday.