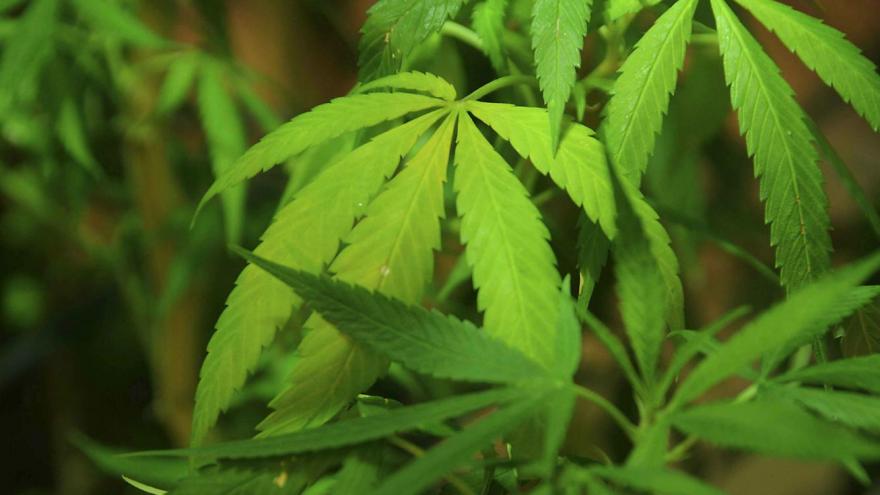 "I think that when you see something like the opioid addiction crisis blossoming in so many states around this country, the last thing that we should be doing is encouraging people. There's still a federal law that we need to abide by when it comes to recreational use marijuana and other drugs of that nature," Spicer said in a White House press briefing, while being careful to distinguish between use of medical and recreational marijuana.
Yet when it comes to recreational marijuana and opioid addiction, many experts say there's no definitive evidence to support an exclusive connection between them. Factors fueling the opioid crisis have been identified -- and none is related to marijuana use.
"We know why there's an opioid addiction epidemic. ... I don't think there is really debate," said Dr. Andrew Kolodny, co-director of Opioid Policy Research at Brandeis University's Heller School for Social Policy and Management.
"It's because we have overexposed the population to prescription opioids," he said. "The driver behind that increase in opioid addiction has been an overprescribing of pain medicine, overexposing the population to a highly addictive drug."
Some patients experiencing pain thrive and find solace through prescription opioids. But there has been a 15-year increase in opioid overdose deaths in the United States, according to the Centers for Disease Control and Prevention.
Along with the increased use of prescription pain medications, there are other factors fueling the opioid addiction crisis, wrote Dr. David Fiellin, a professor at the Yale School of Medicine who conducts research on opioid treatment strategies, in an email.
"There are a variety of factors contributing to the current situation including increased prescribing of opioids for pain, the increased purity and lower costs of heroin and other illicit opioids, and increased availability of high potency opioids including fentanyl. Economic, psychiatric and social factors including changing norms regarding substance use have also contributed," Fiellin wrote.
About 91 Americans die every day from an opioid overdose, including prescription opioids and heroin. More than 33,000 Americans died from opioid overdose in 2015 alone.
Recently, the opioid epidemic has become as much of a political issue as it is a public health one -- and experts tend to see recreational marijuana use and the opioid crisis as two separate issues.
"You have both sides of the marijuana debate pointing to the opioid crisis and trying to use the opioid crisis to make an argument to support their position," Kolodny said. "You have the anti-marijuana group saying it's a gateway drug. ... You have the pro-marijuana camp saying it's the answer to the opioid crisis."
For instance, some experts argue that medical marijuana could be used for pain relief in place of prescription opioids.
States that have legalized medical marijuana for managing chronic pain have significantly fewer deaths from prescription painkiller overdoses each year, according to a 2014 study published in the journal JAMA Internal Medicine.
Yet when marijuana is used recreationally, "the very heavy marijuana smoking among adolescents and young adults is a problem," Kolodny said. "Marijuana is safer than opioids, it's less addictive than opioids, but it's not a benign drug."
Fiellin weighed in on whether there is a link between recreational marijuana use and opioid addiction.
"There is some evidence of an association between previous use of marijuana, alcohol and cigarettes in individuals who experiment with prescription opioids and heroin. To date, however, there is no definitive evidence of an exclusive causal link for marijuana," he said, adding, "Given the overwhelming evidence supporting the biologic basis of substance use and addiction, I would encourage a primary medical response to these challenges and evidence-based legal efforts that support prevention and treatment."
Share this article: