Are Prepaid Debit Cards Worth the Risk? 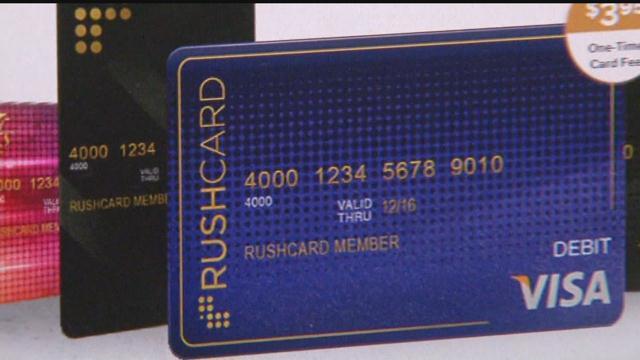 Russell Simmons and Steve Harvey are the spokespersons for two prepaid Visa cards.

In 2015 Rush Cards left some customers unable to access their money for weeks. A tech issue was cited with little explanation.

Jorge Franco, Chief Executive of the Hispanic Chamber of Commerce of Wisconsin says the demographics who use the cards often don't understand their options.

"Yeah, no doubt there's been a proliferation of prepaid debit cards over recent years and it's something we see in the overall community. As you may know 600 thousand Hispanics are in the state, about 85,000 of them undocumented. And we see them in all aspects of the community,” said Franco.

Rushcard also charges up to $7.95 a month and on their pay-as-you-go plan you'll be charged a dollar everytime you make a purchase capped at $10.

Jennifer Tescher is President and CEO of the Center for Financial Service Innovation a group that grades different cards in the pre-paid industry viewing it as an emerging technology.

"There's a much lower barrier to be able to get a prepaid card especially if you've had past credit problems,” said Tescher.

The other marketed benefit of the cards you cannot overdraft.

Some banks charge up to $36 every time it happens.

Yescher says some customers have been burned by that preferring to know about their fees upfront.

But situations like with the Rushcards do cause some concerns with some relatively new systems.

"It can be really scary when you're living close to the edge and you've put all your money on these products and all of a sudden you're unable to access it. I think what I would say to consumers is - in general - pre-paid products are extremely safe,” said Tescher.

"When it comes to pre-paid 'trust' is a really important part of the equation. We want to make sure there are no hidden tricks or traps in these products. And I think that's especially relevant now in light of the recent issues some customers faced with the Rush Card products,” said Tescher.

Although there are newer low-cost cards Franco says he feels the systems preys on people who don't fully understand what they're getting into.

Considering monthly fees total far more than if you overdraft once or even twice with a bank card in one year.

He promotes using the card as a short-term fix before - hopefully - getting a bank account again.

"There's a whole series of other advantages in having an account. It's the overall relationship with the financial institution that is really most important because from there things can starburst into other upward economic mobility opportunities for the consumer,” Franco said.