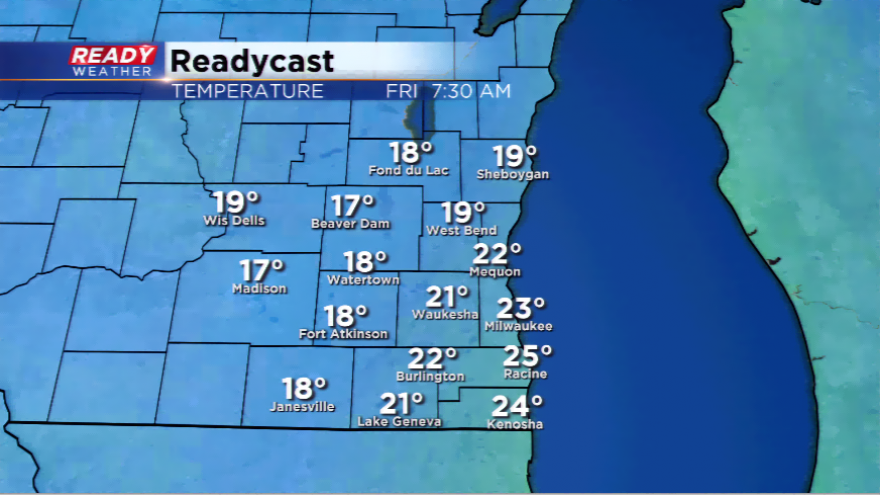 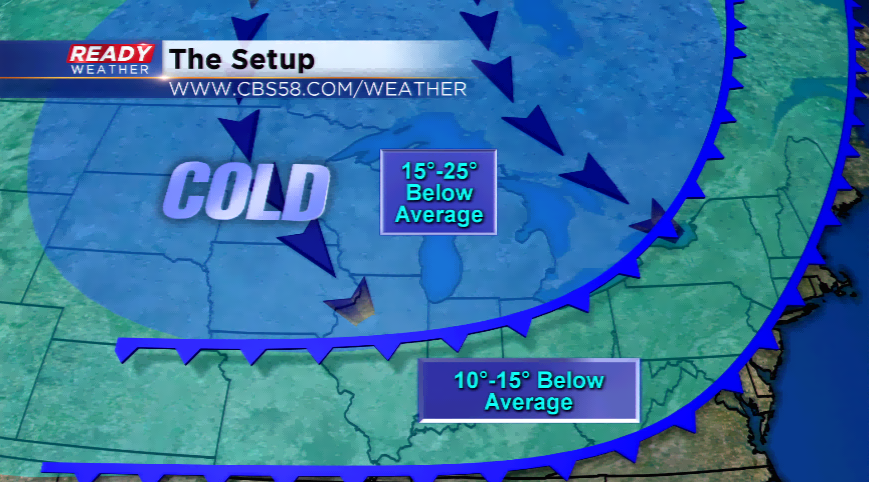 Here comes Old Man Winter! Some have been dreading this time of year, while others, it is a welcomed change. Either way, get ready for a major change in the weather.

A deep upper-level trough will develop over the region allowing for arctic air to spill in. The buckle in the jet will send plunging temperatures down 15 to 25 degrees below average. This will usher in by far the coldest air of the season for the Badger State. 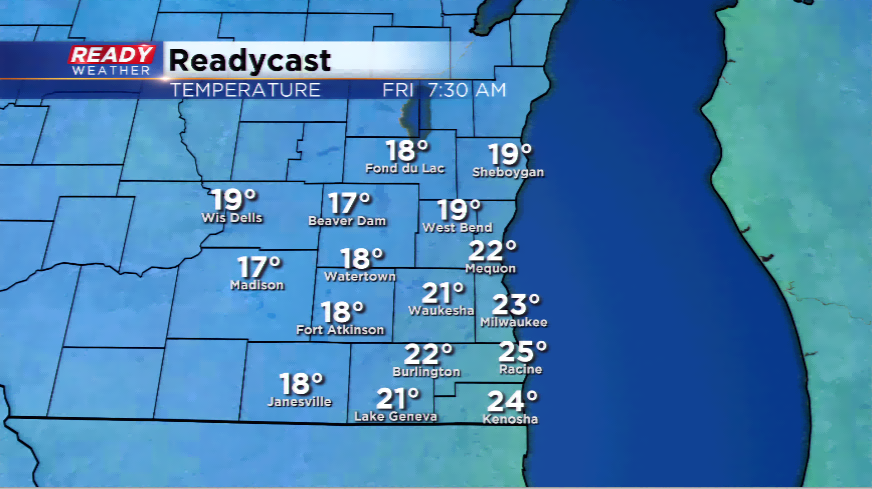 It will be a change, but an area we are getting used to, as the below average temperatures continue. It has been 15 straight days, not including Tuesday, with highs below average. It’s a change that had almost all of September, and most of October, above average for the highs.

This chilly change will keep highs in the 30s by the end of the week, and overnight lows tanking into the 20s and even teens inland. Computers are hinting at mid and upper teens for our western communities, and the northern part of the state that is staring at snow, could see temperatures plunge into the single digits. 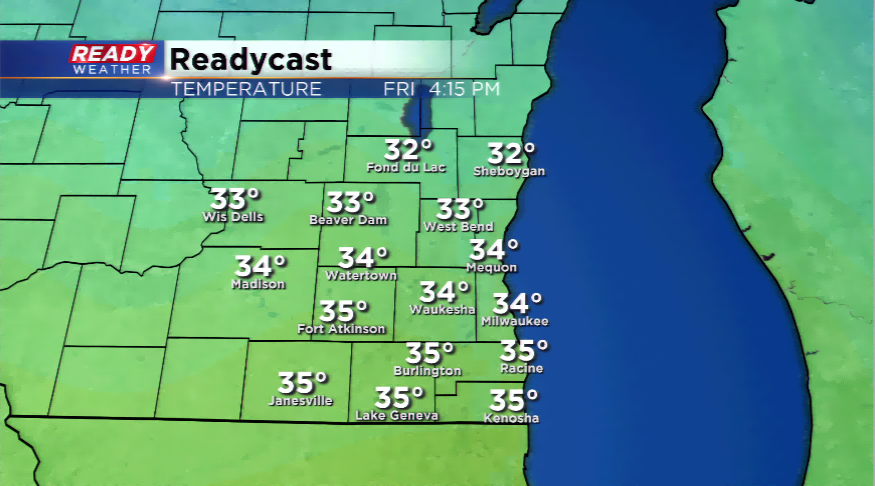 A slow warm-up by the weekend could drive more moisture into the area around a low pressure system. This low could produce a wintry mix on Saturday. Rainfall and snowfall totals are not known at this time. A better idea of the forecast will be coming over the next 24-48 hours. 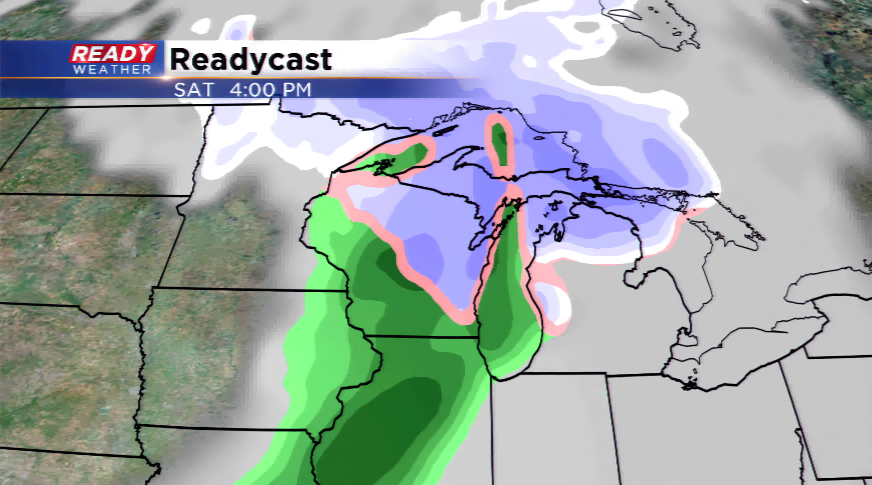 For the latest on this changing weather, download the CBS58 Ready Weather App.