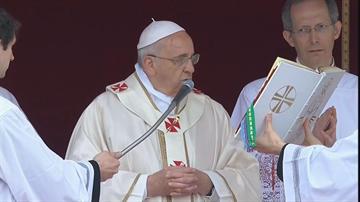 \"Incredible gathering of the faithful people from, literally, every country, it seemed like,\" Sheboygan's Father Matthew Widder said.

Overflow crowds watched from a distance via video.  Kenosha-area theology instructor Marie Pitt-Payne stood across the Tiber River with the archbishop.

\"People from France, people from Poland, we had a couple next to us from Philadelphia,\" Pitt-Payne said.

Pitt-Payne says the Consecration will forever stand out in her mind.

\"It was completely silent,\" Pitt-Payne said.  \"You could have heard a pin drop.  I was just overwhelmed with the fact that all these millions of people were there to pray.\"

The day celebrated two very different men.  The liberal Pope John XXIII, who helped open Catholicism to the world and John Paul II, who was beloved as the 'Pope of the family.'

\"The atmosphere and the buzz, where people really feel that they're basically connected to these two saints,\" Archbishop Listecki said.

Listecki was proud to be there Sunday, but he says the day's message will reach everyone.

\"Opening yourself up to God to use you for what God wants,\" Listecki said.  \"In that is the success, both of these individuals did it.\"

The group from Wisconsin will tour several additional religious landmarks Monday before flying back to the states Tuesday.