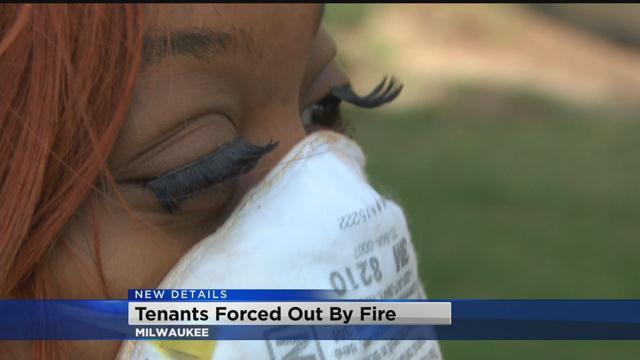 Frustrated tenants are scrambling to find a new place to live after an apartment fire in Milwaukee over the weekend. They said the news that the fire may have been set intentionally only makes matters worse. Milwaukee Police said they're continuing their arson investigation.

And they'll soon be deciding whether or not they have the evidence to recommend charges.

Outside of the smoke damaged 'North Building' of the imperial apartments.

While only two units were severely burned.

Smoke damaged as many as 30 units.

Renters said they were not allowed to stay.

And that building management tells them it will take between three and six months to make repairs.

This all started early Sunday morning, around 7 AM,when firefighters evacuated the building because of a fire started in the basement.

Police have not yet said who their person-of-interest is in the case.

But firefighters told tenants that it's a former building manager.

Since the fire the Red Cross has assisted the residents with paying for hotel rooms, food, new clothing.

It's small amounts of money but that is adding up quickly.

The Red Cross reports spending about $16,000 in relief money for this fire alone.