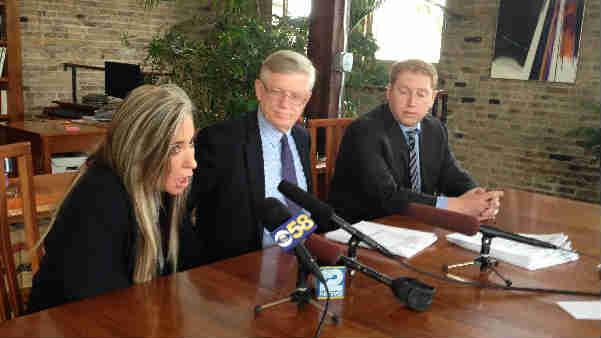 A new lawsuit is being filed against a former police officer serving time in prison for illegal searches.

The attorneys - Flint Taylor from the People's Law Office in Chicago and Milwaukee attorney Robin Shellow - say there are systematic failures in the Milwaukee Police Department. They believe the department has a pattern and practice that still exists which allows this type of behavior - illegal strip searches and body cavity searches.

The new details also allege that Vagnini had previous problems with sexual assault and verbal abuse before he was hired by the Milwaukee Police Department. Yet he was still hired by the department. The attorneys said they specifically filed this lawsuit after the Ferguson decision because it shows a systematic failure across the United States with law enforcement. They feel the Federal Government needs to step in and investigate.

\"We've also filed this suit because we wanted to highlight and bring to public attention as well as to the court the fact that the Milwaukee police department had ongoing patterns and practices of illegal and unconstitutional conduct,\" Attorney Flint Taylor said.

Milwaukee Police Chief Ed Flynn brushed off the lawsuit Tuesday morning saying, \"The noise that comes from her shop [Shellow] is ongoing, relentless, and it's about making a lot of money. I'm not going to get in a debate with her or her press conferences.\"