Another round of snow will impact the Monday morning commute

NOW: Another round of snow will impact the Monday morning commute

Jefferson county has been added to the Winter Weather Advisory that begins at 3am and runs through noon Monday. 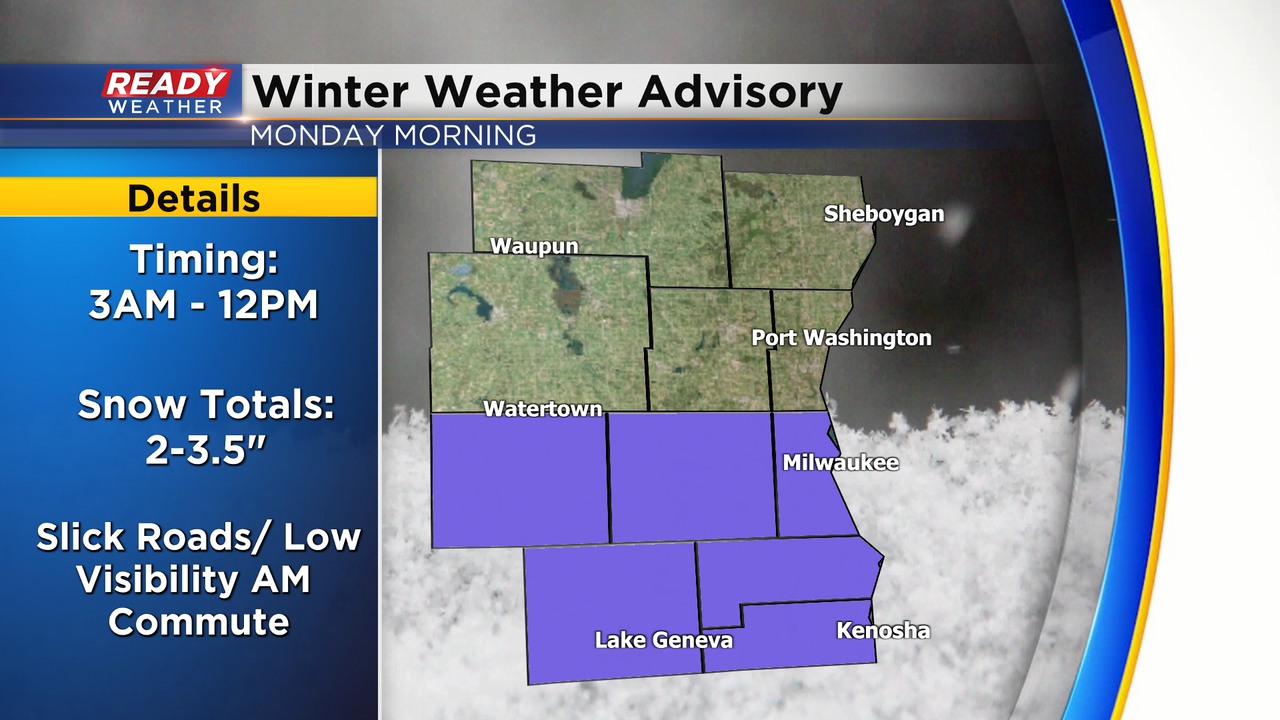 Two to three and a half inches of snow is expected in the advisory with lesser amounts to the north. Brunt of the accumulation occurs between 6-10am, making for a slow morning commute.

Saturday night's system ended up tracking 30 miles farther north than expected, bringing the 3-5" snow totals to areas along and south of I-94. 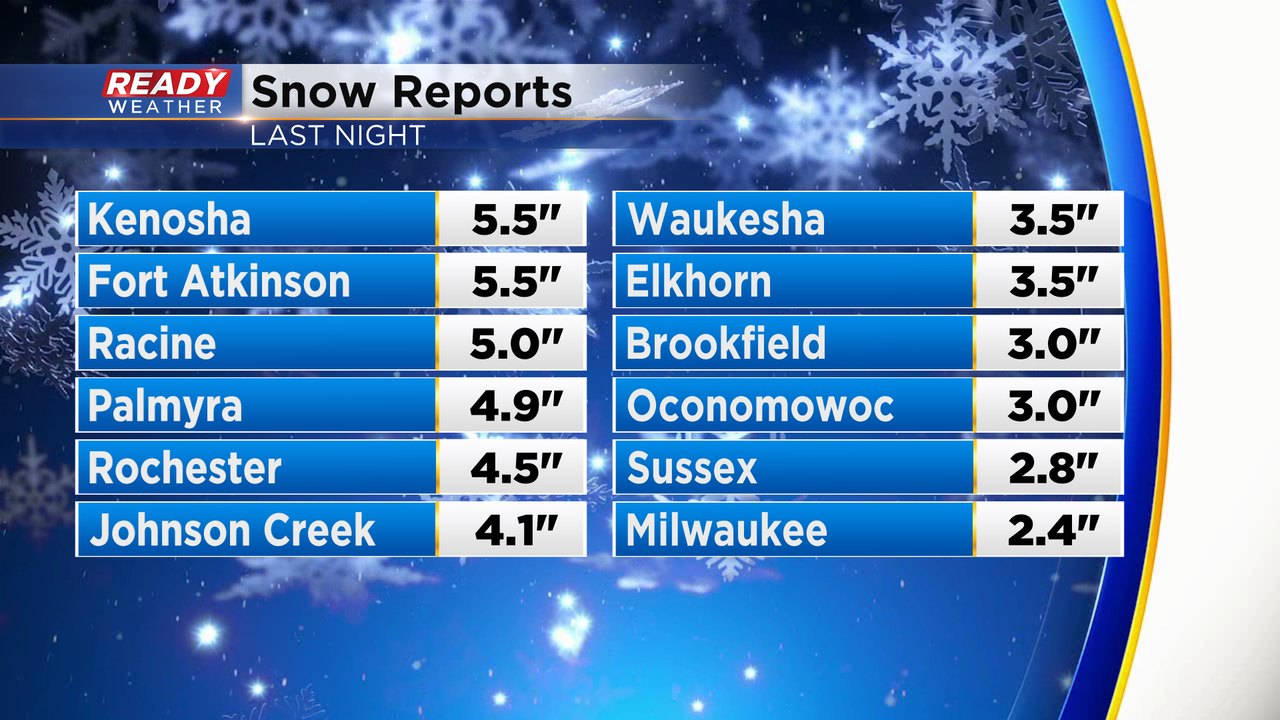 Another clipper system will track through the area Monday morning, bringing another round of accumulating snow. 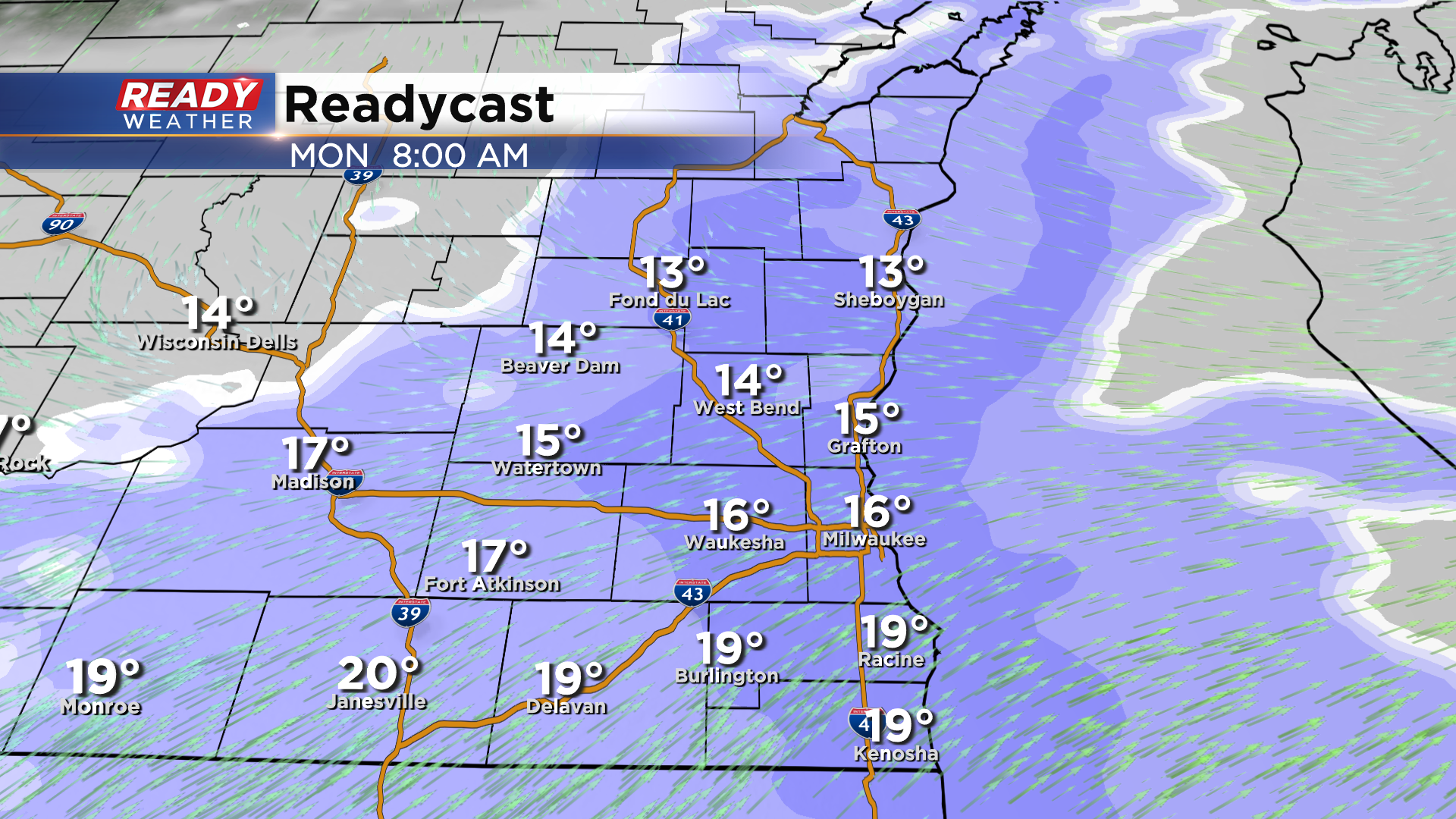 Since this snow will be falling during the Monday morning commute, a Winter Weather Advisory has been issued for Milwaukee, Waukesha, Racine, Kenosha, and Walworth counties. 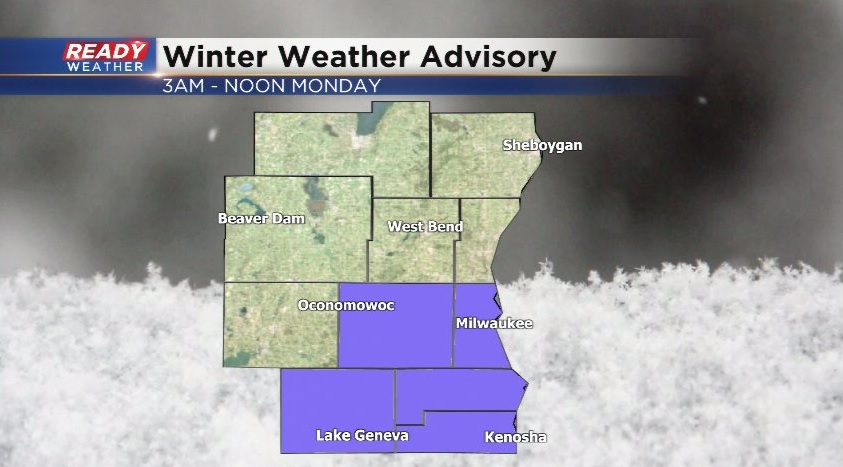 While the snow won't be too heavy, the fluffy nature of the snow will likely create slick and snow covered roads throughout Monday morning, along with lower visibility. Plan on giving yourself extra time to get to work Monday morning! 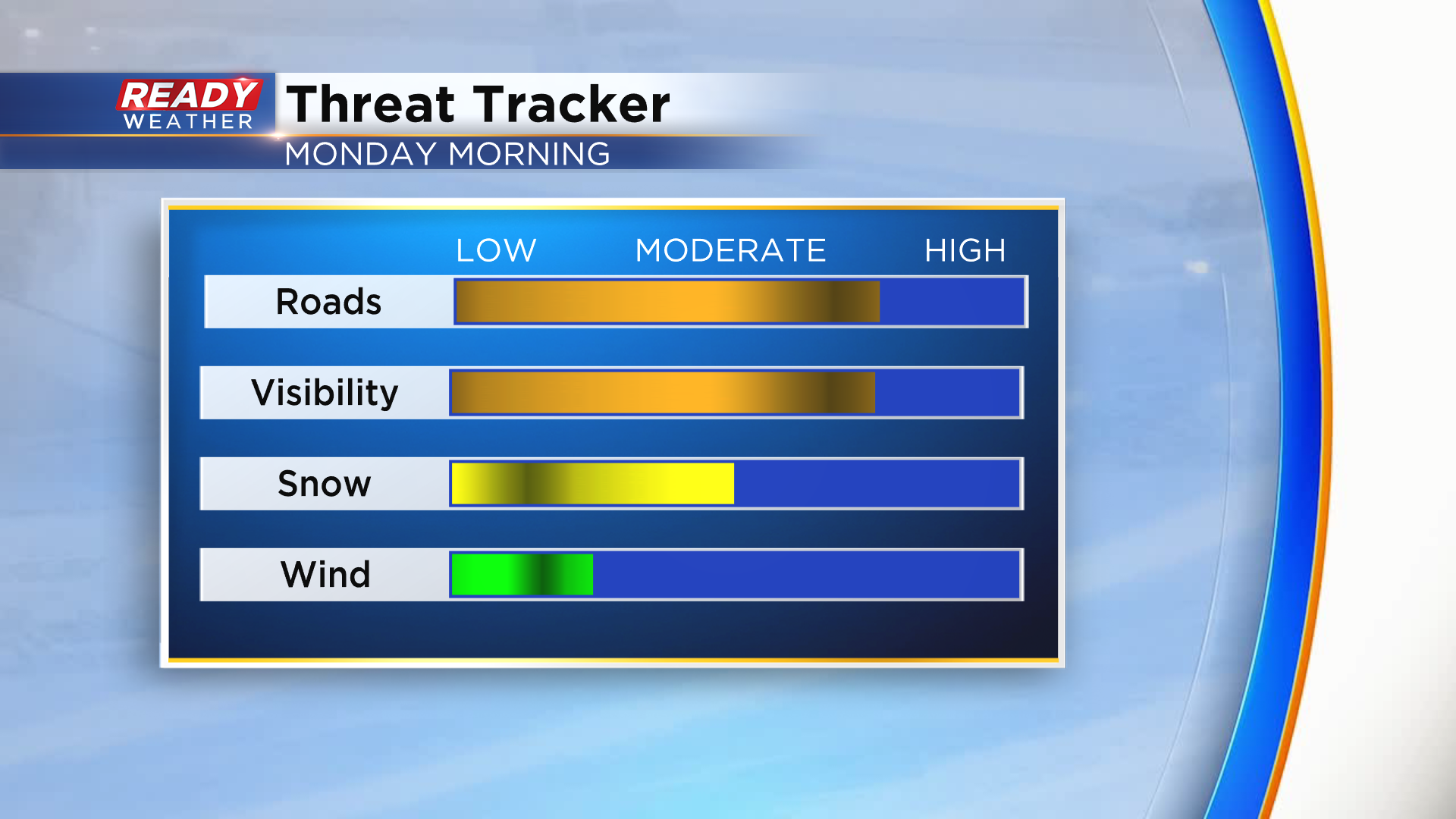 A general 1-3" of accumulation is expected across southeast Wisconsin. Snow will taper off by early afternoon Monday, but we'll likely have lingering slick spots into the afternoon commute. 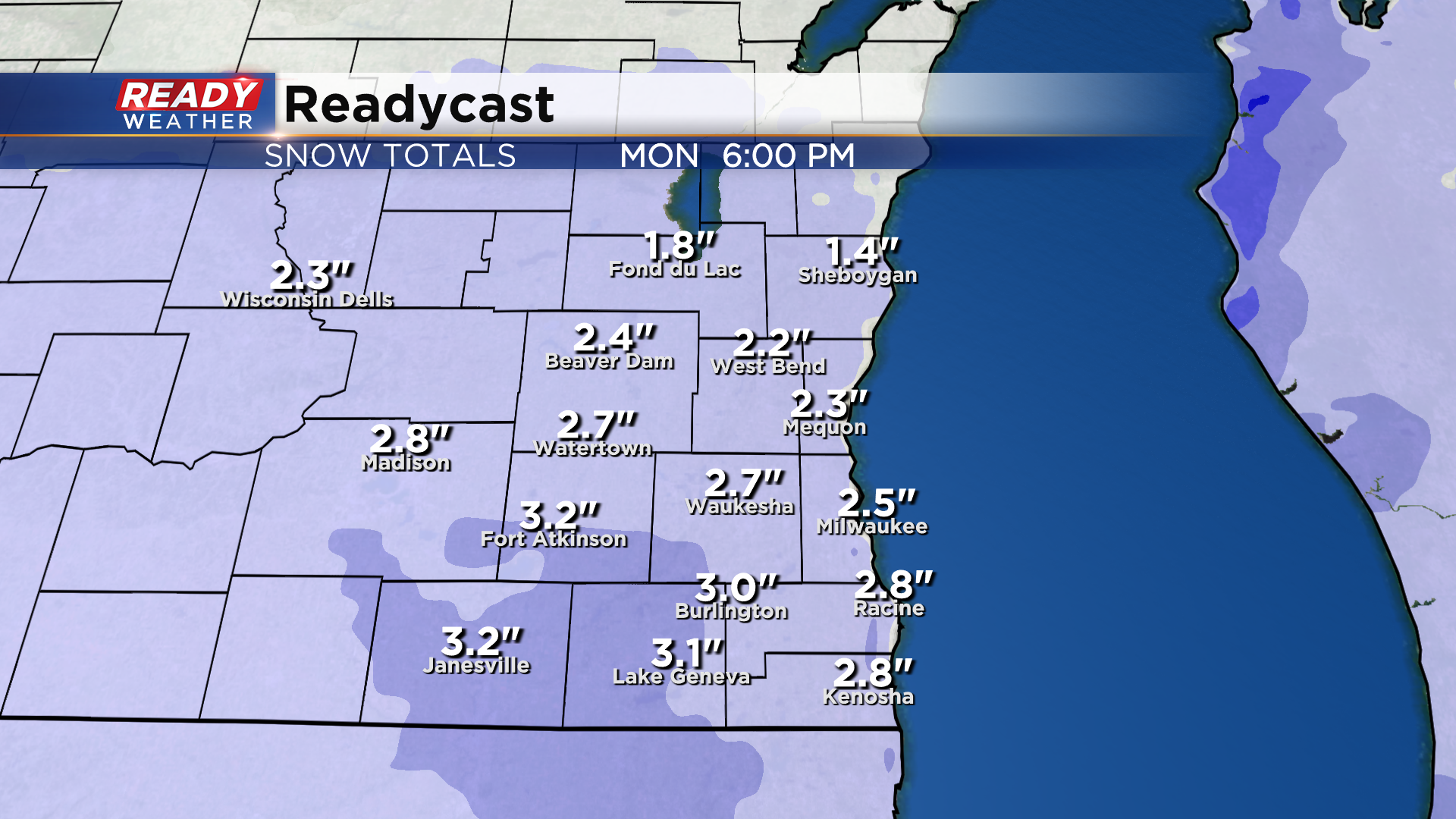 Once the snow moves out, the cold will move back in and stick with us through Wednesday. Highs will only be in the single digits for most of Tuesday, feeling like -5° to -15° throughout the day. 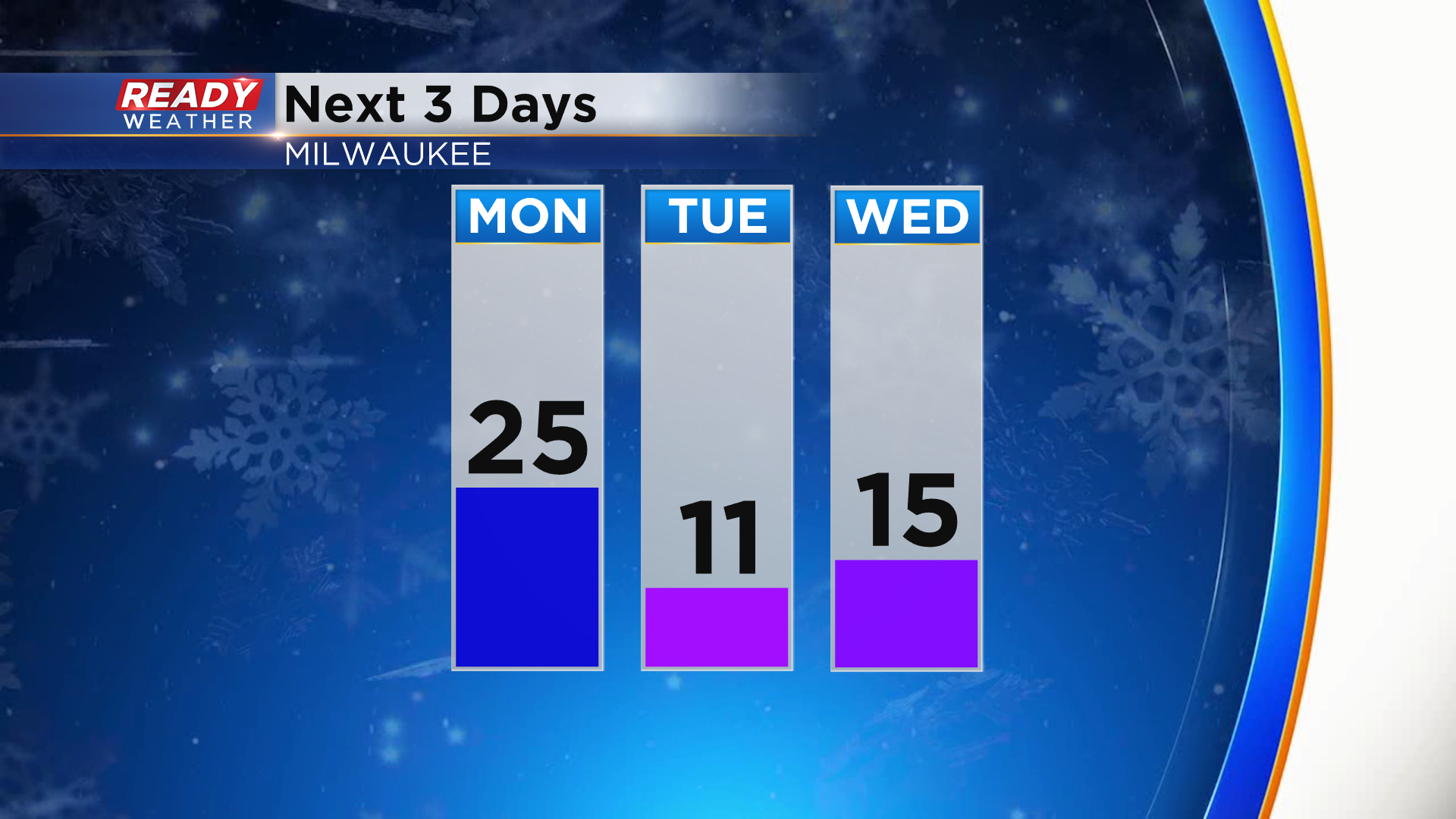 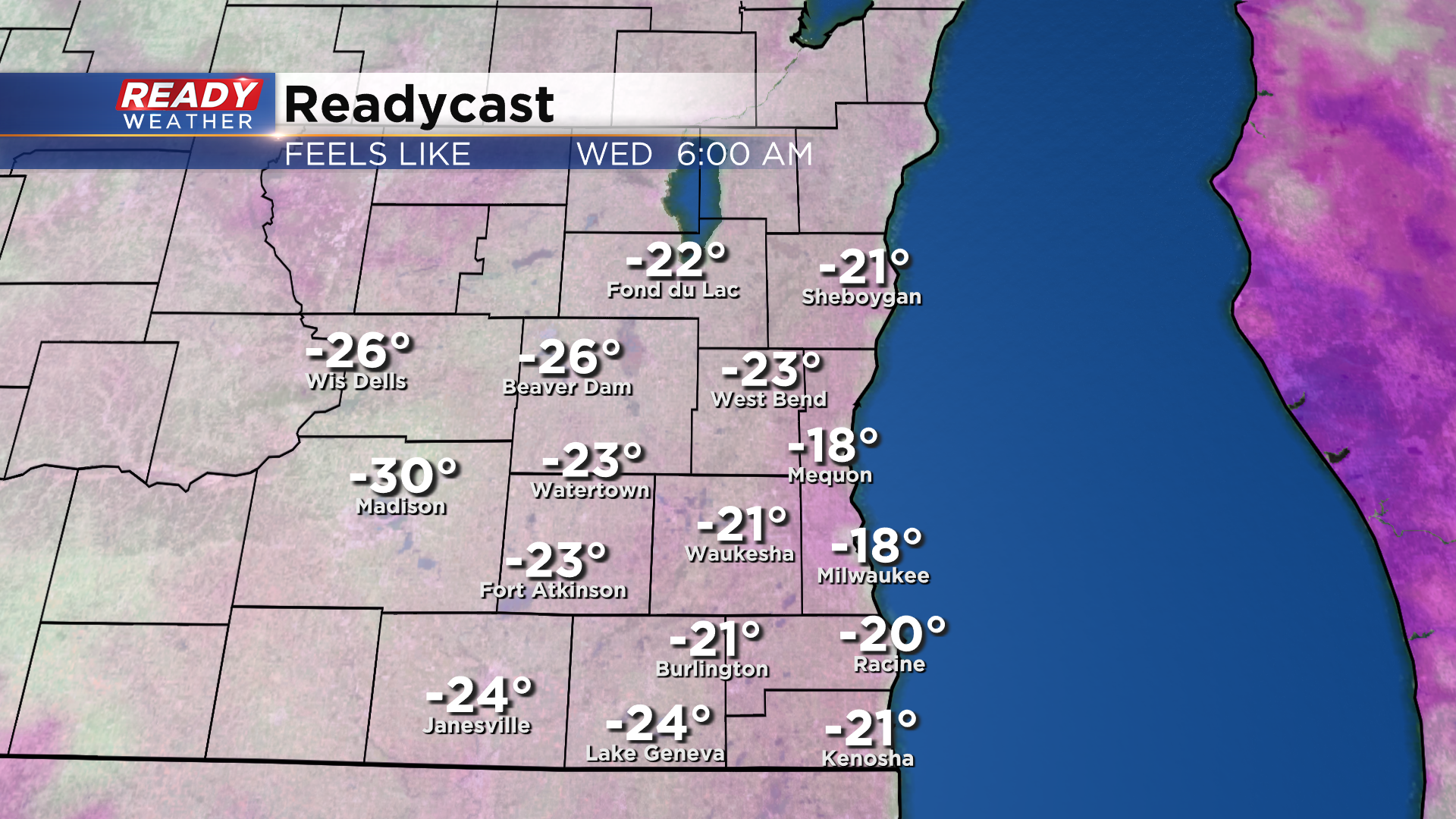 Thankfully there's some relief on the horizon as temperatures warm up briefly on Thursday and moderate next weekend. Download the CBS 58 Ready Weather App to track the snow any any advisories.