A mix of light rain, snow, and drizzle is pushing across northern portions of the area, but dry air has won most of the battle along and south of I-94. 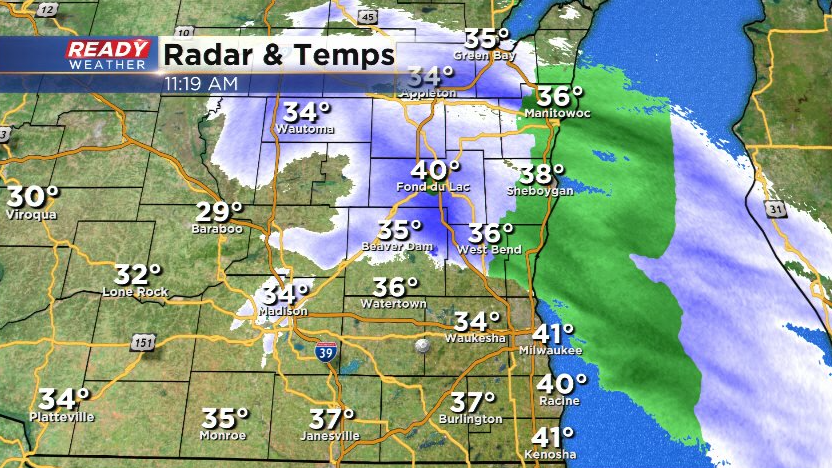 This mix is reducing visibility in parts of Fond du Lac county, but with temps several degrees above freezing roads are only wet across SE WI. This mix exits by early afternoon.

Light snow has been battling some dry air this morning but should start to fall within the next hour or two in southeast Wisconsin. No change to the forecast with some moderate areas of snow likely reducing visibility slightly along with a gusty wind and blowing snow. Up to 1" of wet snow is expected, mainly north of I-94. Most areas will be done with the snow by early afternoon with some snow showers lingering in Sheboygan County until 4 PM. 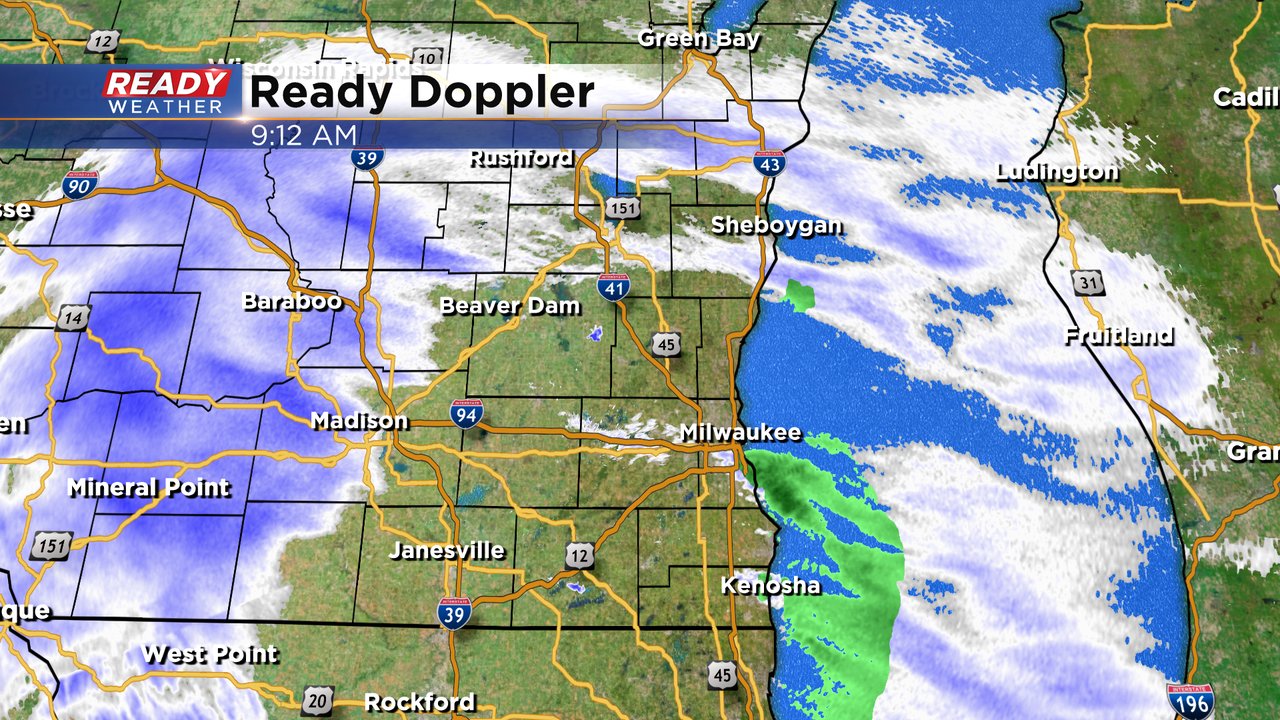 Our snow train continues with another round of light snow on Friday. We're currently watching some snow in northwest Illinois and eastern Iowa that is moving northeast. This snow is expected to move into southeast Wisconsin around 8 AM Thursday with scattered snow falling through the early afternoon exiting our far northeast areas, like Sheboygan, by 4 PM. 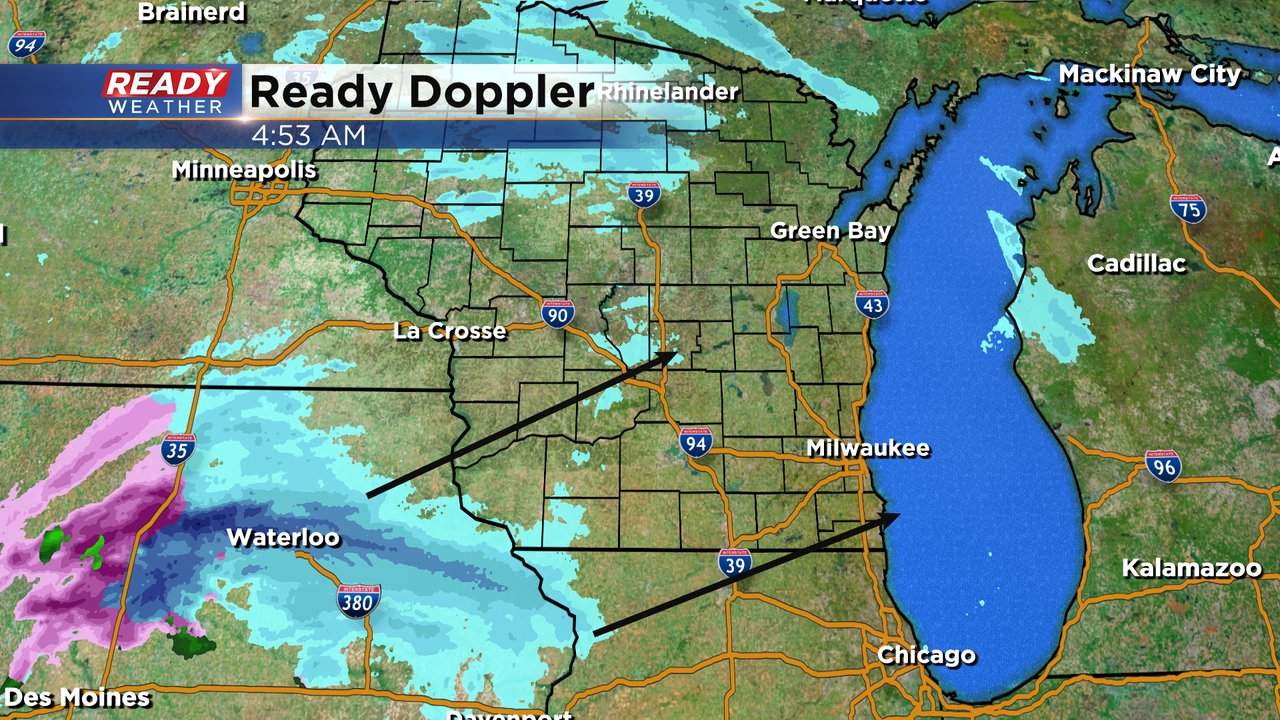 This will be a much wetter snow than the fluffy stuff we saw Wednesday morning. The wetter snow won't accumulate as much with only a dusting or a tenth or two along and south of I-94. Areas north of I-94 could get up to an inch of wet snow. 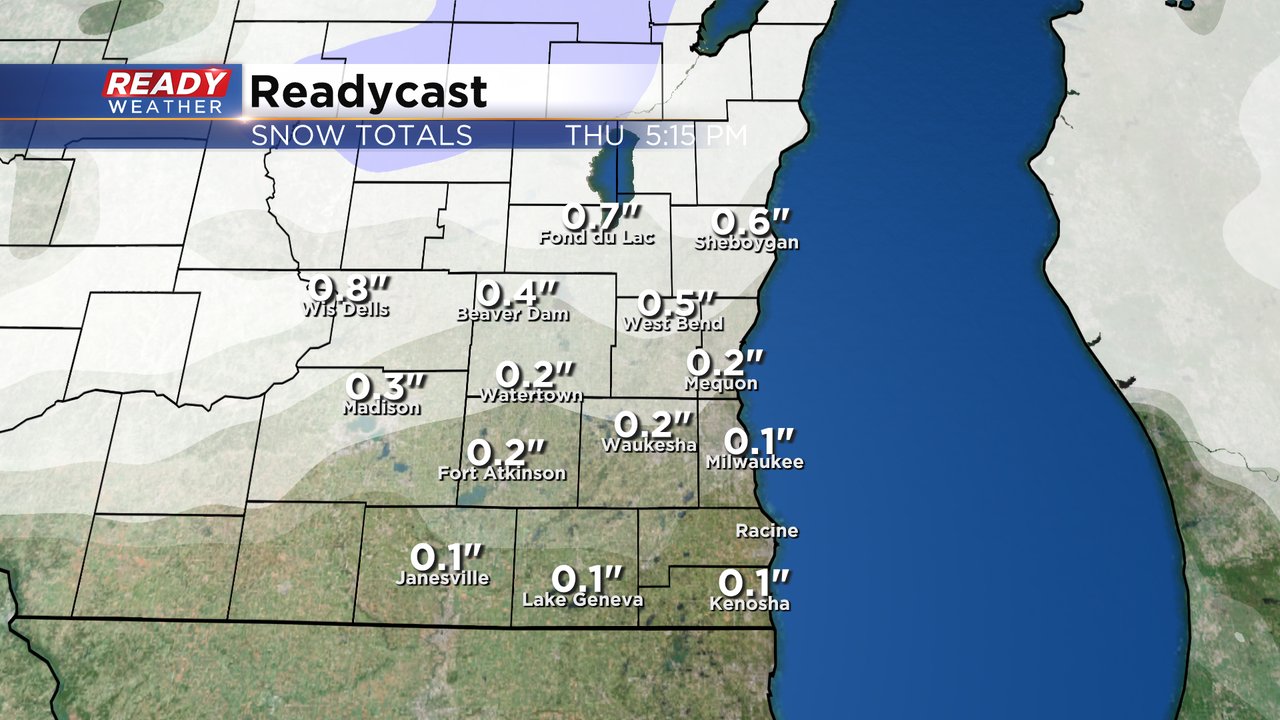 Temperatures on Thursday will warm to around 40* which is back to average. Temps will stay in that range through the beginning of the weekend. The wind could be a bit of an issue with wind gusts to 30 mph on Thursday. Blowing snow could be an issue. The wind will become light Thursday night and most of Friday before picking back up on Saturday. 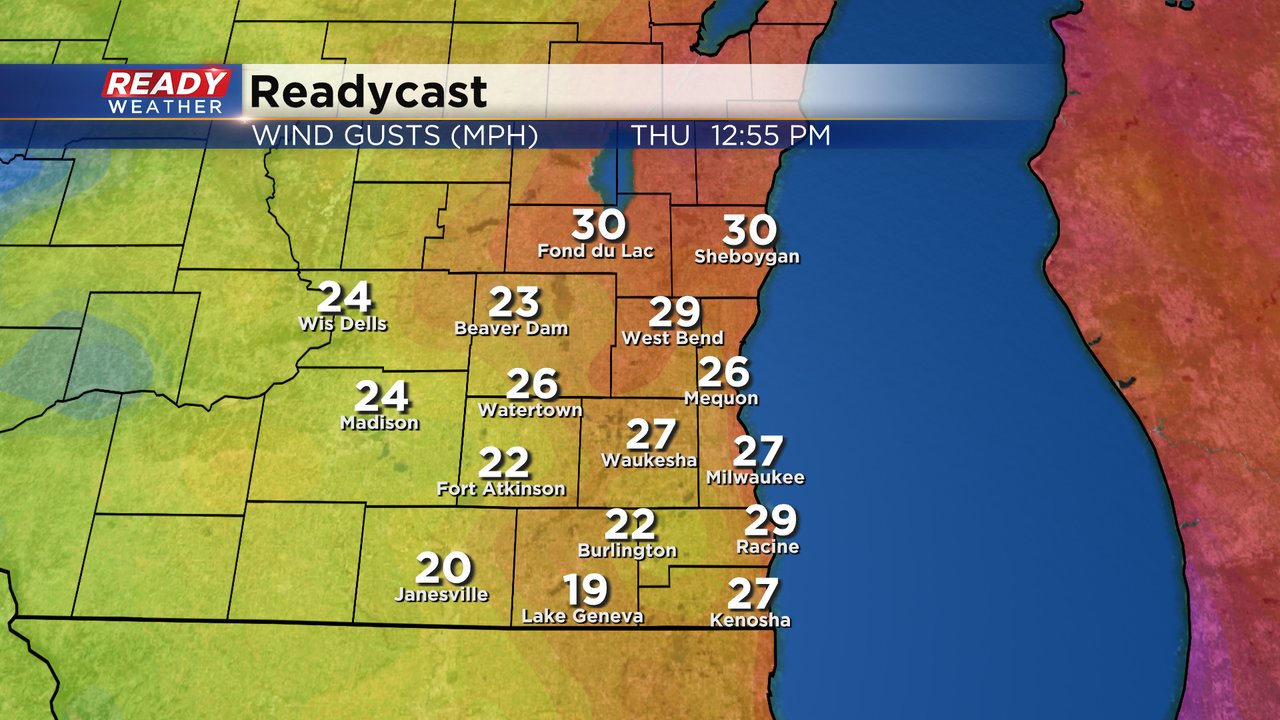 Download the CBS 58 Ready Weather app to track another round of snow.