Light, wet snow continues to push in from the north, and will taper off by midday. However, additional flurries or snow showers may develop mid afternoon. 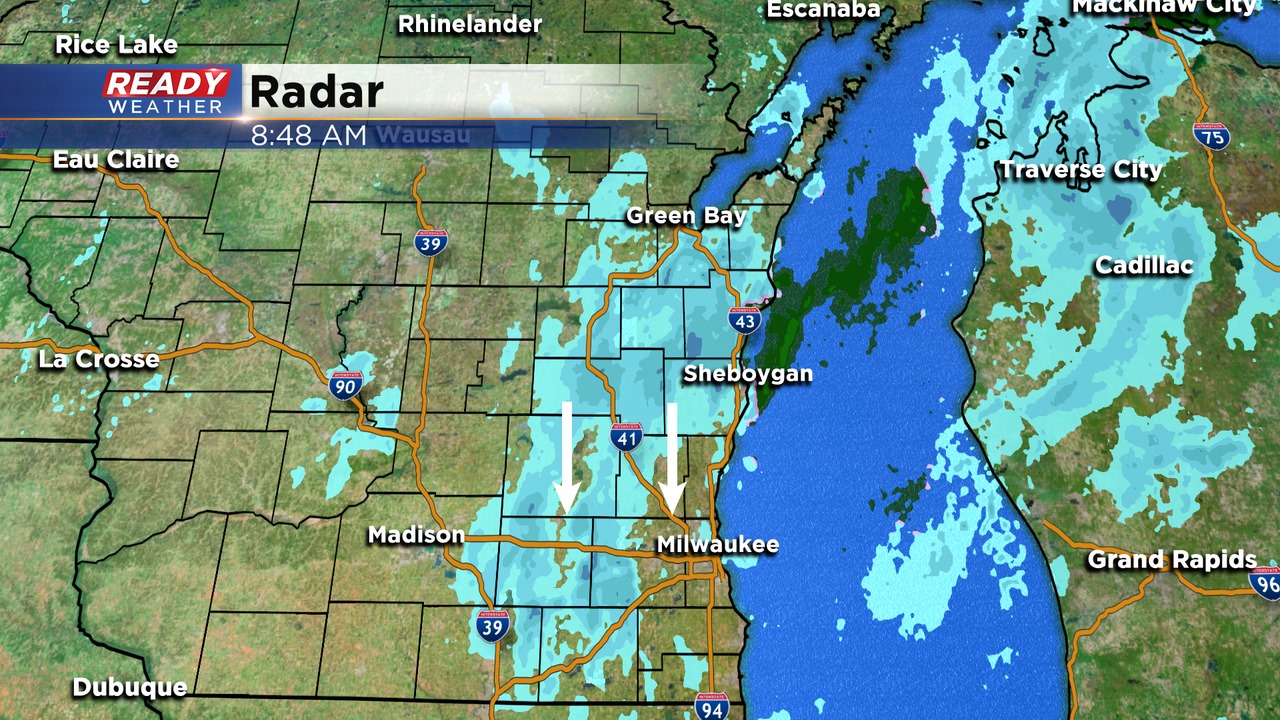 In general, 1-2.5" of snow has fallen across southeast Wisconsin since Friday evening, but temperatures stayed above freezing in many locations, so roads aren't in that bad of shape this morning. Most major highways are either in good shape or reporting slippery spots. 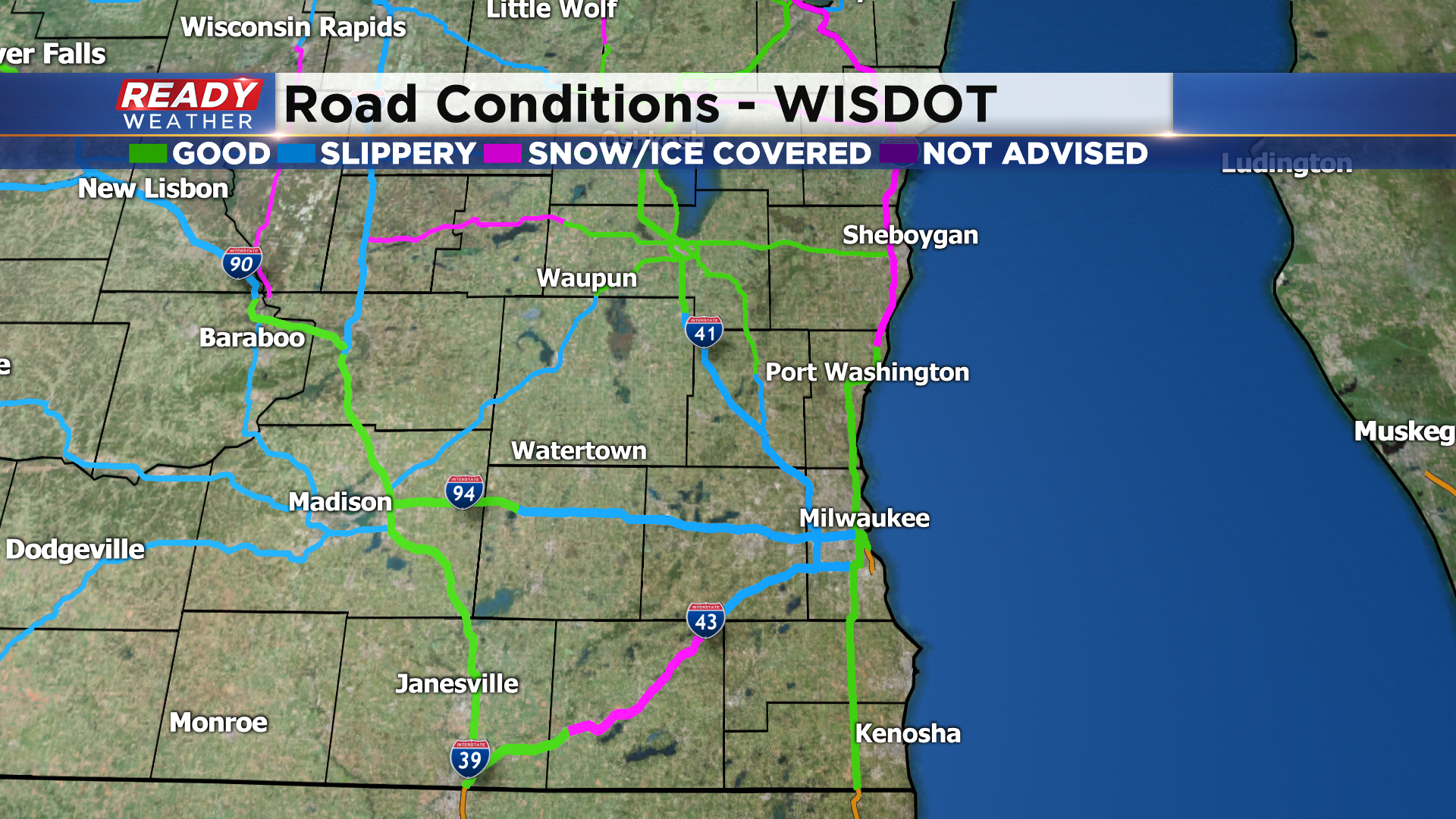 Because temperatures remained in the low to mid 30s, this is a fairly wet, slushy snow that's heavy to move, so take it easy while shoveling! 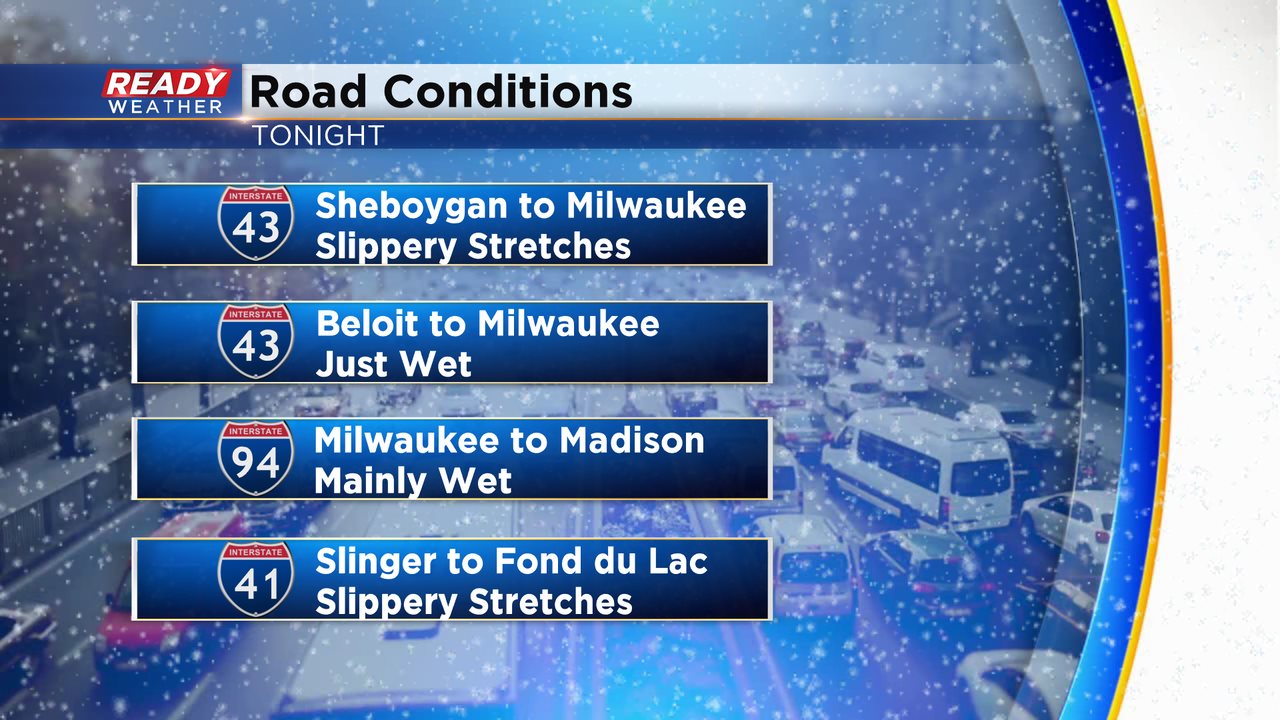 Light snow continues to fall mainly north of I-94 tonight.  Temperatures north and west of Milwaukee have fallen into the lower 30s, so snow is sticking and creating some slick roads.

41 from Slinger to Fond du lac

94 from Port Washington to Sheboygan

23 from Sheboygan to Fond du lac

Most of Milwaukee has wet roads, but later tonight as the temperature drops, we expect the chance for some slick roads.  Most areas will pick up 1" to 2" of snow by sunrise before it moves out. 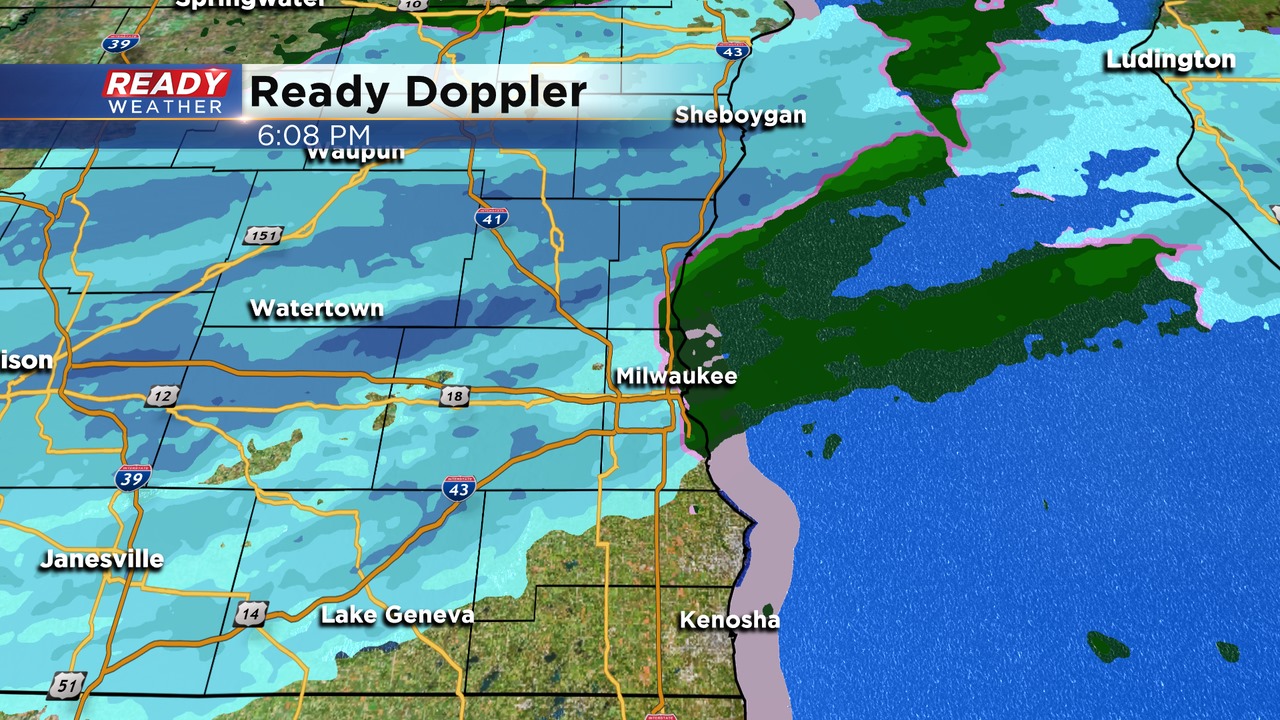 No real changes in the going forecast.  The back edge of snow will rotate throughout the entire area this evening into the overnight.  New snowfall totals between 1" to 2" are expected across the area.

The majority of the snow should be out after sunrise Saturday.  Some light lingering snow showers are possible Saturday afternoon with temperatures in the middle 30s.

The band of light snow has pushed into areas along and north of I-94 here at sunset and is starting to reduce visibility. 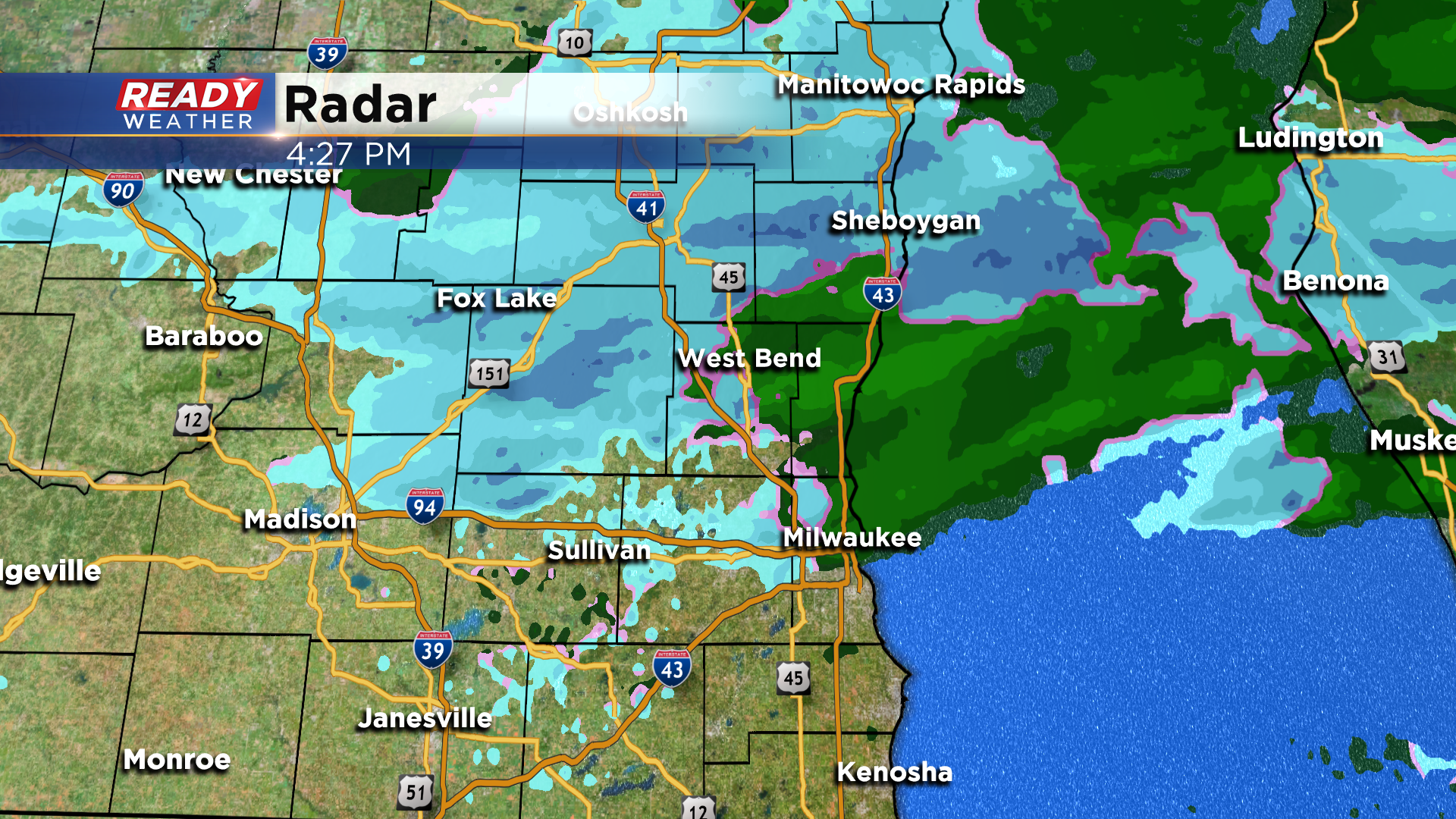 This area of snow will continue to rotate southward through the evening and will taper off by mid to late morning on Saturday. Expected snow totals remain the same: 1-2" possible north of Milwaukee, and inch or less from Milwaukee to the state line.

Spotty wrap around rain and snow showers have been rotating through parts of the area this morning, and this will continue into the afternoon. However temperatures are sitting in the mid 30s, so roads should remain in good shape through the daylight hours. 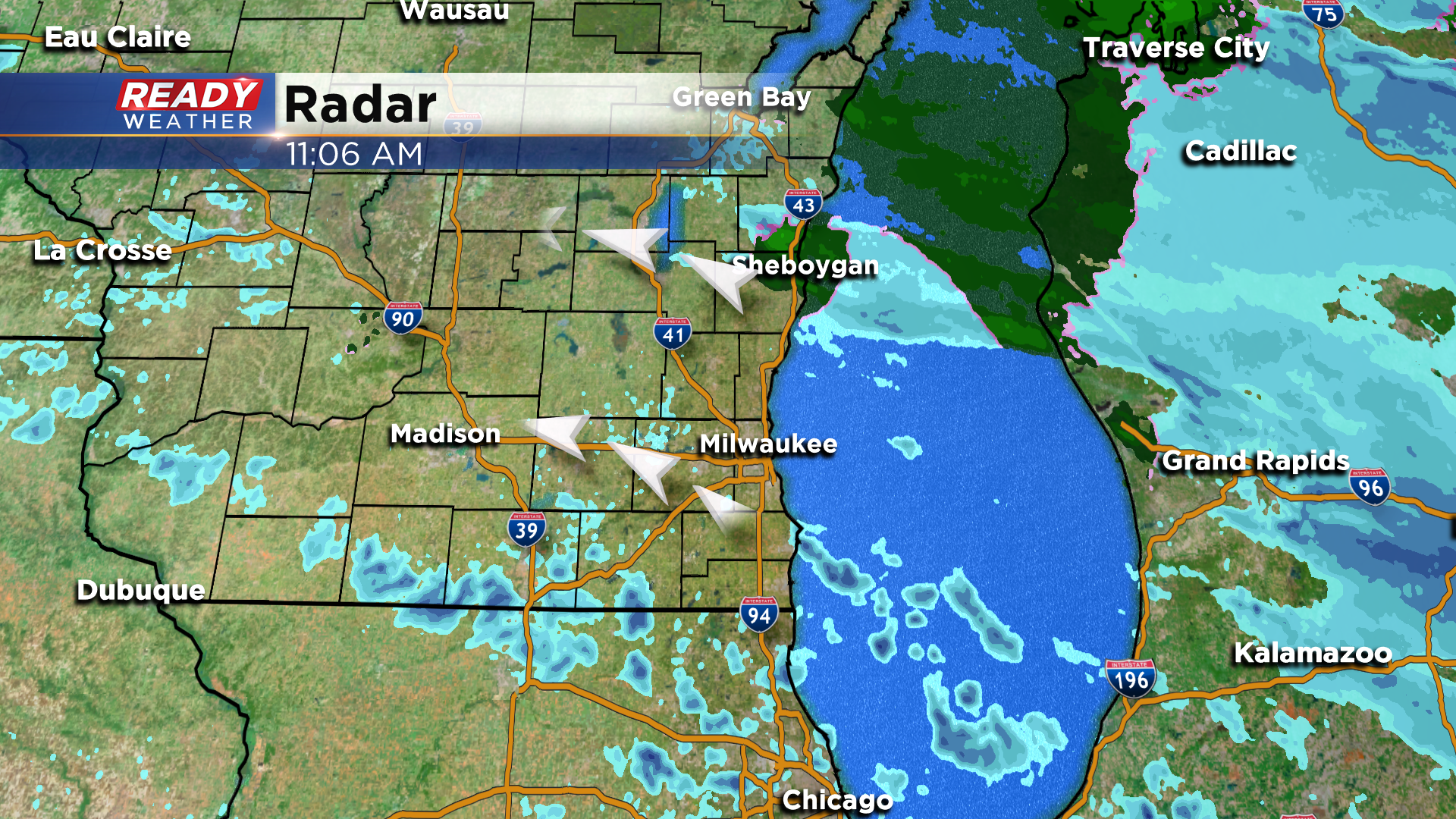 Around sunset, a steadier area of light snow will push into our northern counties. This area of snow will slowly sag south through tonight, so areas south of Milwaukee may not see precip until late this evening. 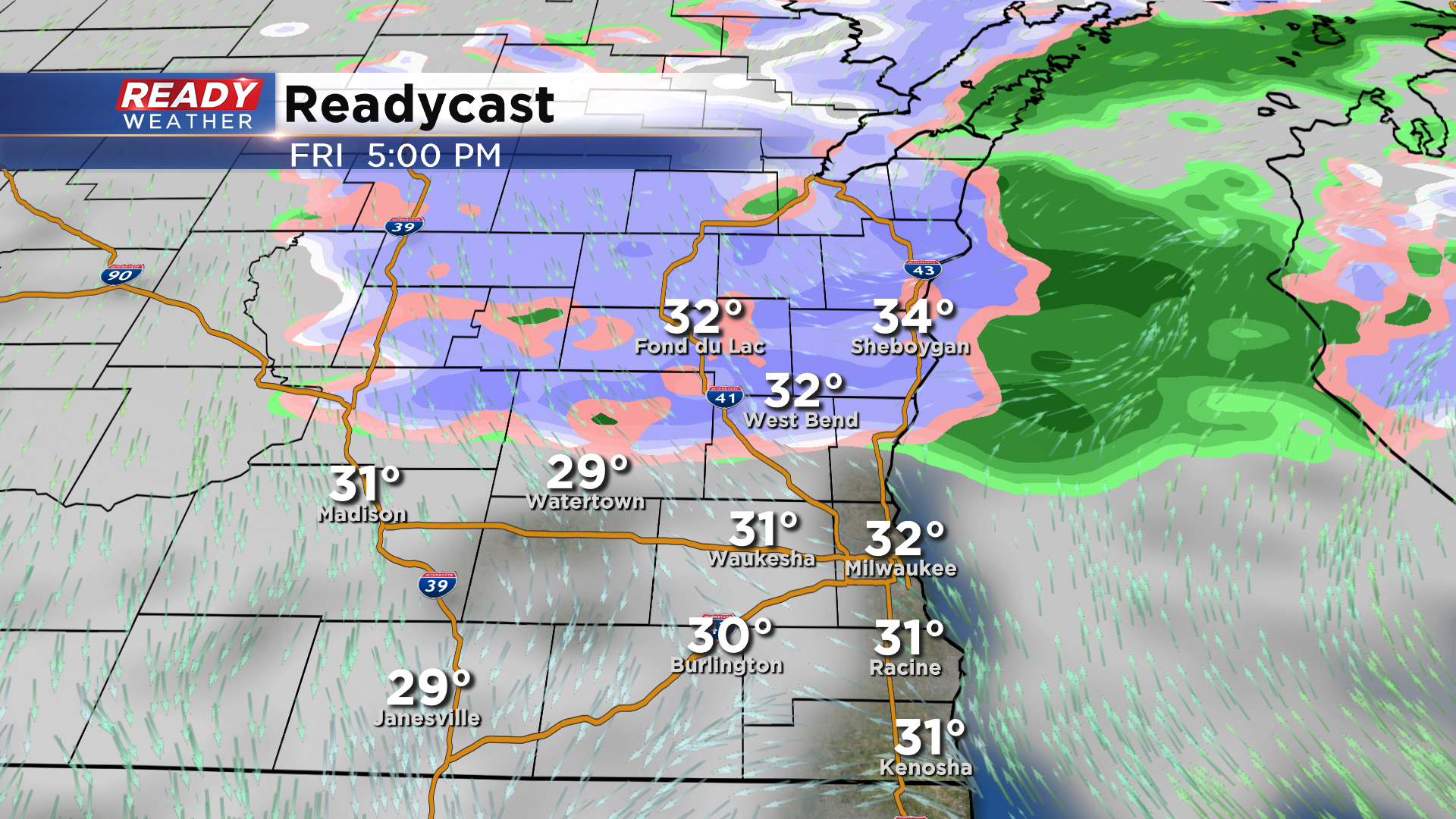 Light snow will encompass the area after midnight and gradually taper off Saturday morning. 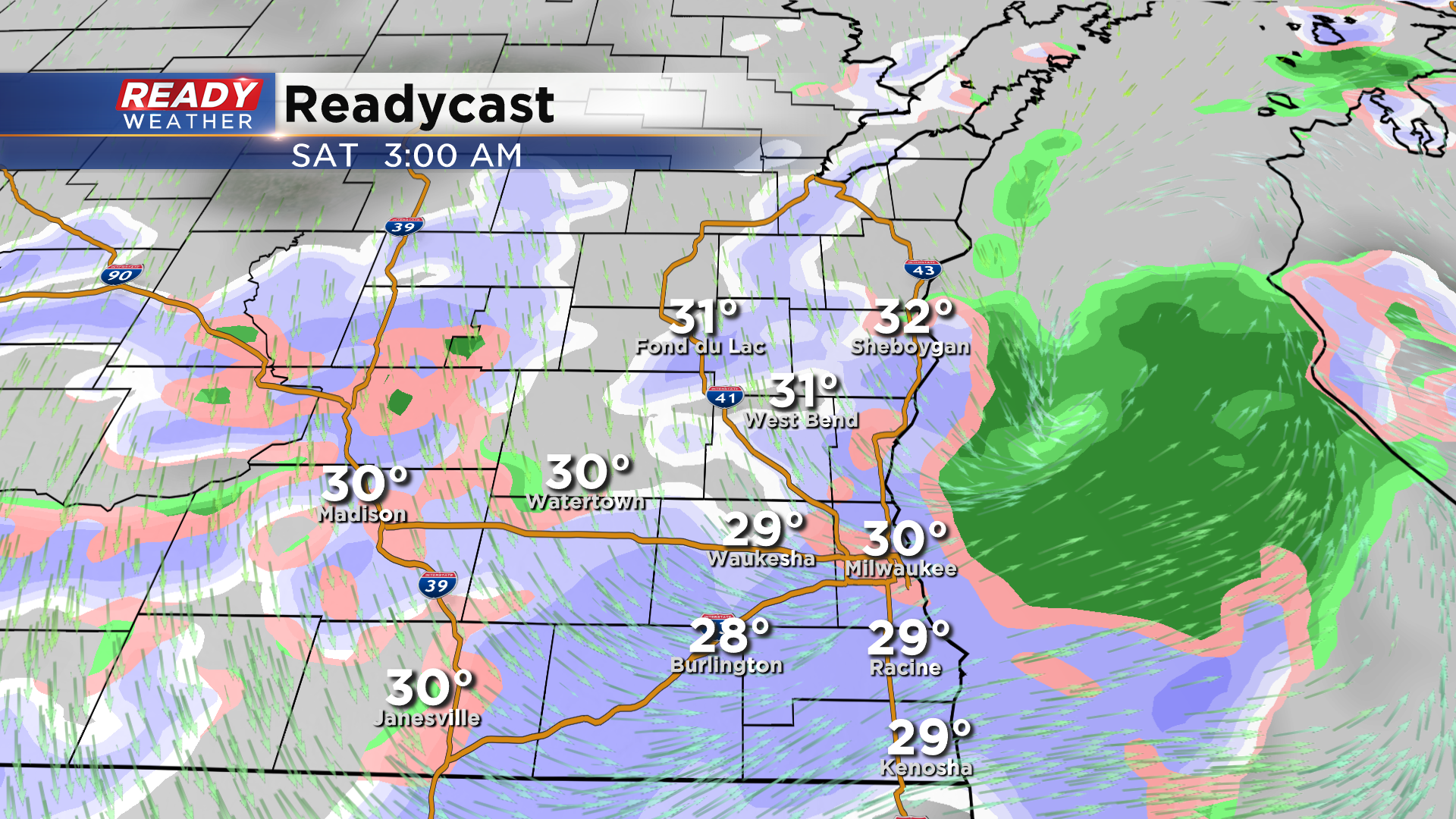 Areas north and west of Milwaukee could pick up an additional 1-2" of snow with this round, while .5-1" is more likely from Milwaukee southward. 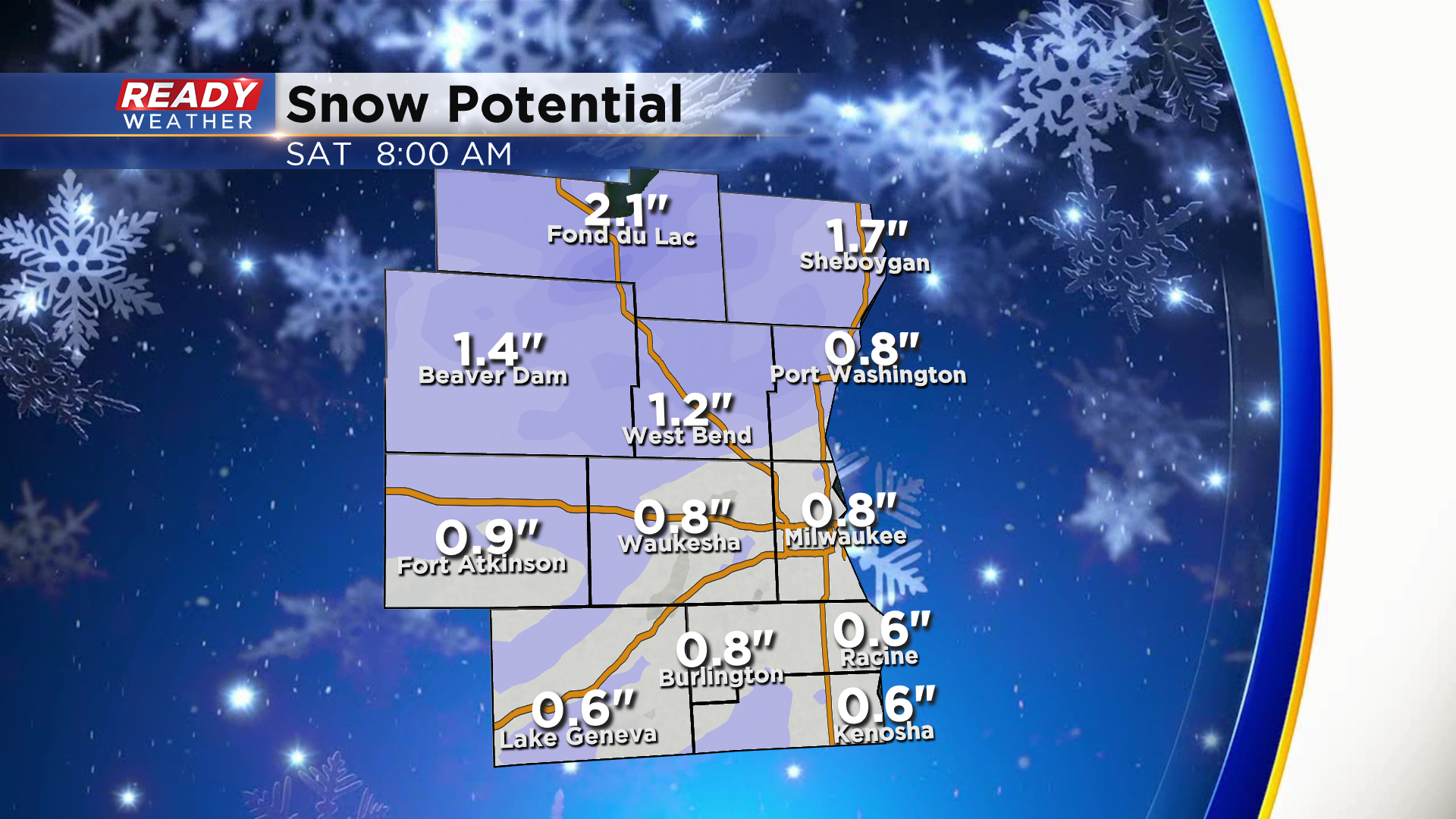 While it won't be a big snow, it'll likely make roads slippery overnight into Saturday morning so travel with caution!

Our first round of accumulating snow is over. Most of southeast Wisconsin saw some snow or a rain/snow mix Thursday afternoon and evening. That round exited the area to our north a little after midnight early Friday morning. Lakeside spots stayed with a rain/snow mix and didn't see much, if anything, in terms of measurable snow but inland and especially western areas picked up an inch or two which is right on track with the forecast.

But wait, there's more! Some flurries, off and on light snow showers and even some freezing drizzle will be possible during the day on Friday and then a round of accumulating snow is looking likely for Friday night into Saturday morning. 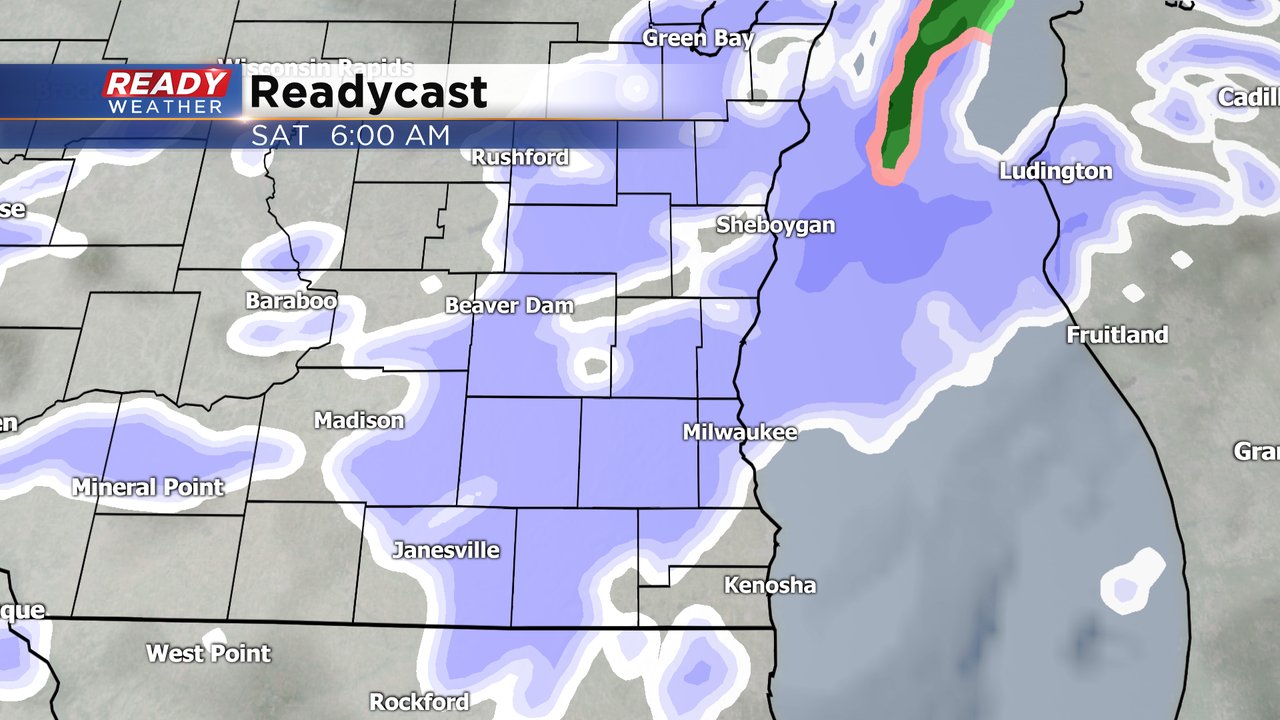 This second round of accumulating snow doesn't bring with it the risk for rain so everyone should see some light snow accumulation. Totals look to be in the half inch to 2" range with lesser totals near the lake and higher totals for northern and western areas. 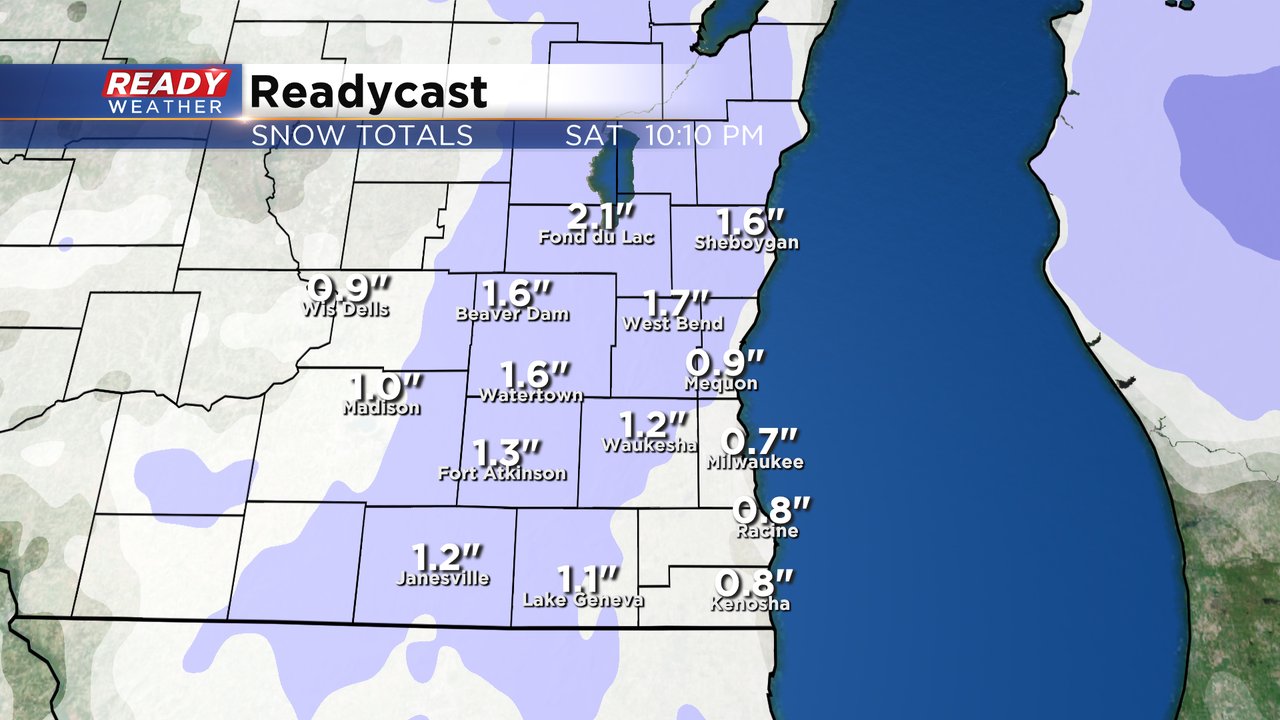 So while the accumulating snow may end up happening at different times than the original forecast, by the time the storm is finally done on Saturday lakeside spots will be in the up to 2" range with inland locations seeing a storm total 2-4". 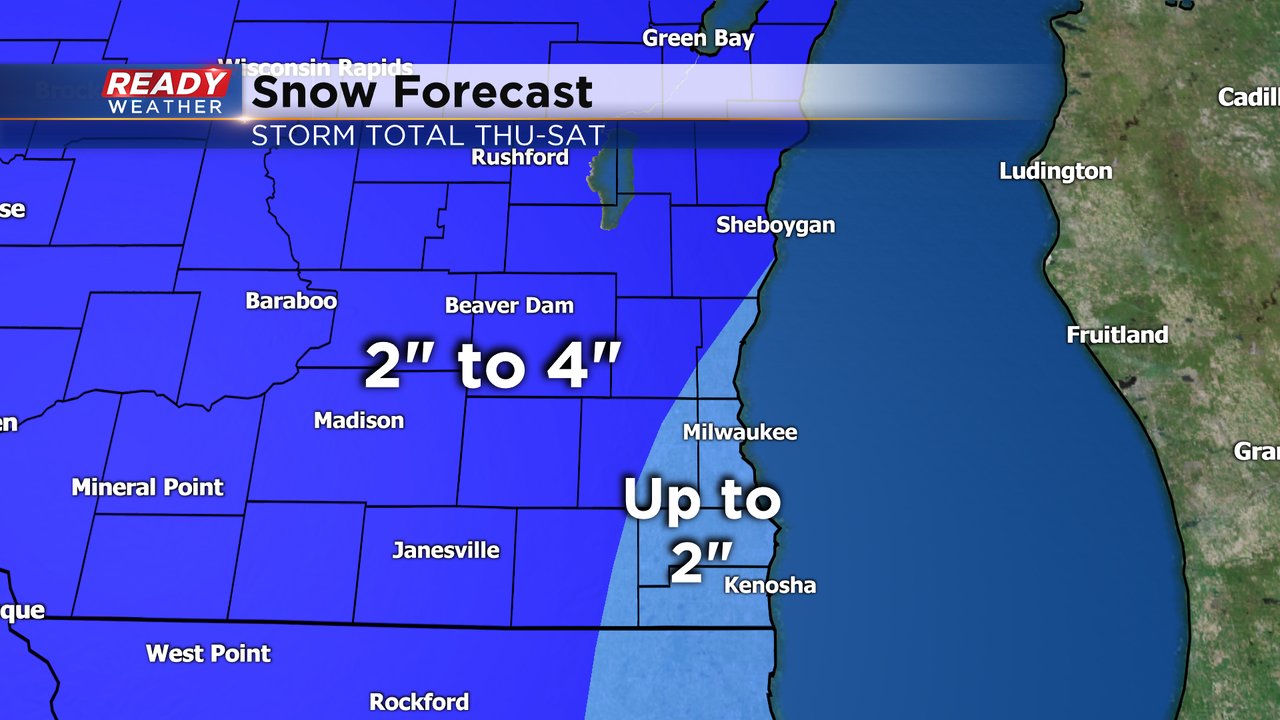 Another round of flurries is possible on Sunday and another dusting of snow or light accumulation is not out of the question there either. Download the CBS 58 Ready Weather app to track the flurries Friday and the round of accumulating snow at night.