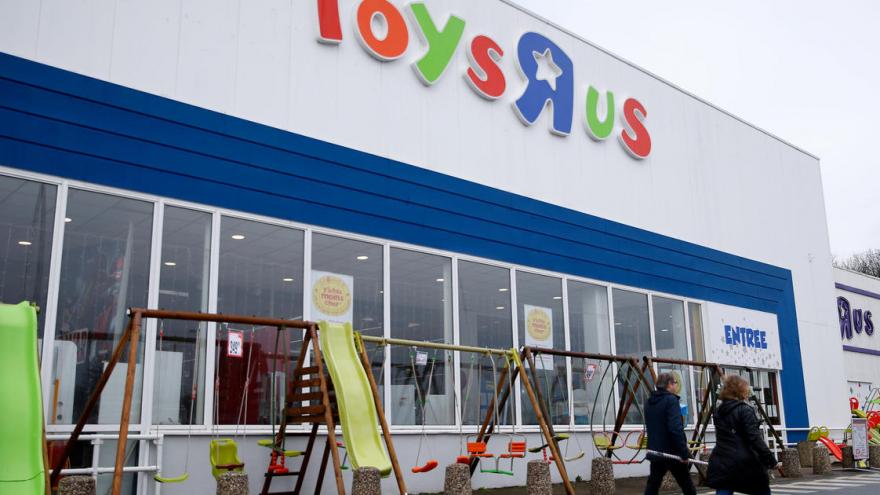 RALEIGH, North Carolina (CBS NEWS) -- America's last remaining Toys "R" Us stores will close for good today, after a final Friday of clearance sales. One Toys "R" Us location in Raleigh, North Carolina, however, has shut its doors a little early -- and for good reason -- after an anonymous patron purchased $1 million worth of the store's remaining toys to donate them to local children.

Now, WNCN CBS 17 reports that the Triangle Town Center staff are spending their store's last day boxing up the few toys that remain to put on a truck.

The mystery buyer's immense gesture of good faith is a silver lining in what, to many, has been a sad narrative on the shuttering of an iconic American business.

The company's bankruptcy, of course, follows the boom of online retailers where shoppers could purchase competitively-priced toys from the comfort of their own homes. There was also the heavy debt load Toys "R" Us had to bear after the company was purchased by private-equity firms Bain Capital and KKR & Co. in a $6.6 billion leveraged buyout in 2005.

After years of struggling to get out from under the weight of those increasing pressures, Toys "R" Us -- the biggest toy retailer in the United States -- filed for bankruptcy in September 2017. In recent weeks, news of the company's longtime employees lobbying for severance while they search for other jobs has made national headlines.

Pouring salt on the wounds of nostalgic millennials further, a photo of mascot Geoffrey the Giraffe wheeling a small suitcase out of an empty Toys "R" Us store went viral this week -- a vivid illustration of what has become a very sad story about American industry.

Now, at the very least, there's a random act of kindness added to the mix. And thanks to this anonymous donor, countless children from a newer, younger generation will derive joy from Toys "R" Us toys one last time, just like so many kids that came before them.