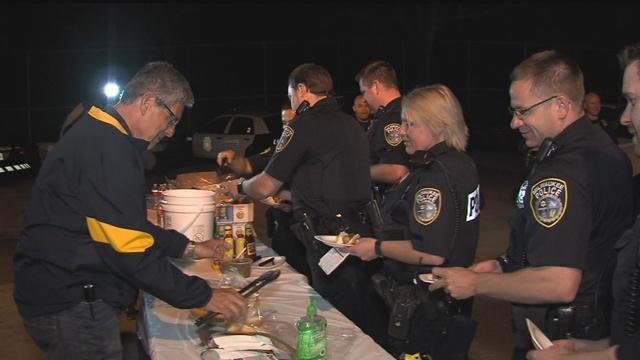 An anonymous donor helped pay for food for Milwaukee Police Officers heading into work at the district two police station.

They grabbed a hot dog and hand-made thank you cards from local children made at Sunday school.

The Milwaukee Police Department has lost 61 members in the line of duty since the department was organized in 1855.