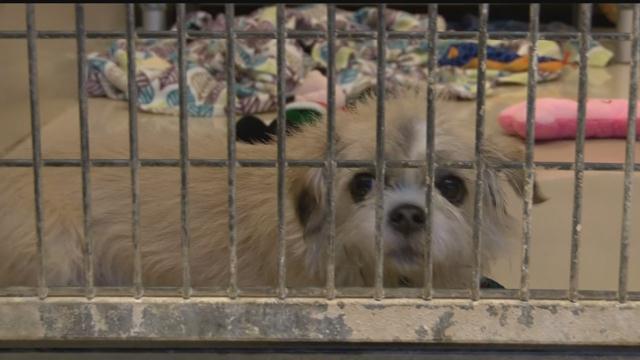 Many Wisconsin animal shelters and Best Friends Animal Society are celebrating the passage of Assembly Bill 487 and Senate Bill 450, which reduce the holding times for stray and seized animals in Wisconsin, as well as end the required euthanasia of victims seized from dog fighting. The bill next heads to Governor Walker to be signed into law.

Under current law, stray animals are held for a minimum seven days – eight days in practice, because the law does not count the day of initial impoundment.  It’s the longest stray hold in the nation. This bill will allow Wisconsin shelters to adopt out animals on the animal’s sixth day in the shelter, after the animal is held for a minimum four-day stray hold, plus the first day of impoundment.

“Tuesday was a huge victory for Wisconsin animals.  We’re so grateful to our supporters, who contacted their senators and representatives en masse to show their support for this lifesaving change,” said Anne Reed, president and CEO of WHS. “Whether you called, emailed or wrote a letter, thank you. You gave voiceless animals the chance to be heard.”

Karen Sparapani, executive director of the largest animal control facility in the state (MADACC), was overjoyed at the passage.

“I can’t begin to express how impactful this bill will be for the animals in my care,” Sparapani said. “We’ve made huge strides in reducing euthanasia in the past two years, and this change will make it possible for even more animals to get out of the shelter system and into loving homes.”

Best Friends Animal Society, the only national animal welfare organization focused on ending the killing of pets in our nation’s shelters, is calling the passage a huge win for Wisconsin animals.

Lee Greenwood, Legislative Attorney for Best Friends Animal Society said: "We're thrilled to see this life-saving bill move one step closer to becoming law.  The legislature made clear that innocent dog-fighting survivors in Wisconsin deserve a second chance at life, just like they already get in 38 other states.  And by giving more tools to save lives, the legislature is empowering the state's shelters to continue reducing the unnecessary killing of animals in their care."