And the world's busiest airport is ... 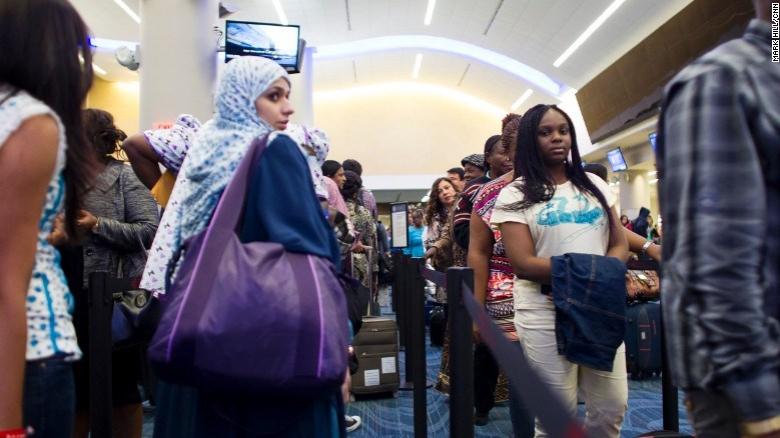 (CNN)Winning -- politicians, sports legends and actors will tell you -- never gets old.

The same is true with airports.

For the 17th year in a row, Atlanta operated the busiest passenger airport in the world in 2014, according to theAirports Council International's World Airport Traffic Report,released Monday, August 31.

More than 96 million passengers went through Hartsfield-Jackson Atlanta International Airport in 2014, an increase of 1.9% over 2013, according to the report.

Passenger traffic continued to grow around the globe, with the world's airports serving more than 6.7 billion passengers in 2014, an increase of 5.7% over the previous year, according to the report.

\"Passenger traffic remained resilient in the face of the global uncertainties that beleaguered many economies in 2013 and 2014,\" said Angela Gittens, ACI's Director General, in a statement.

\"International tourism, in particular, was irrepressible in 2014 considering the geopolitical risks that have persisted in certain parts of the world, such as Eastern Europe and the Middle East. The Ebola outbreak also presented significant challenges to the aviation sector.\"

Passenger growth was evident among the rest of the world's busiest airports.

London's Heathrow Airport continued to hold on to third place for another year, with more than 73 million passengers, an increase of 1.4%.

Toyko's Haneda Airport was fourth with nearly 73 million passengers, a 5.7% increase over 2013.

There were no changes to Paris Charles de Gaulle (eighth place), Dallas/Fort Worth (ninth) and Hong Kong (tenth).

Atlanta also retained the title of busiest domestic passenger airport in the world, with 85.4 million passengers, followed by Beijing (68.9 million) and Tokyo (62.9 million).

Dubai was the busiest airport in the world for international passenger traffic, with 69.9 million passengers. London Heathrow came in second place with 68.1 million and Hong Kong was in third place with 62.9 million.

Though the news was mostly good for Atlanta, the city did lose some bragging rights.

Chicago O'Hare took the top spot from Atlanta in the number of takeoffs and landings, officially known as aircraft movements.

A spokesman for the Atlanta airport said earlier this year that its carriers are adding more aircraft with higher passenger capacity, which means fewer planes.

O'Hare took first place with more than 881,000 movements, followed by Atlanta with more than 868,000 and Los Angeles with more than 708,000. Rounding out that list were Dallas/Fort Worth, Beijing, Denver, Charlotte, Las Vegas, Houston and London.

The Airports Council International preliminary traffic report was based on data from 2,200 airports in 160 countries around the world. The rankings didn't shift from those listed in a preliminary report released in May.