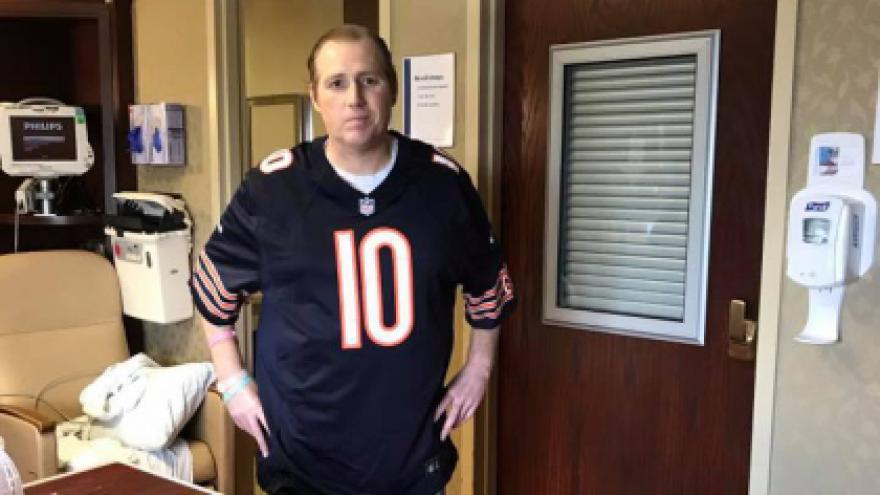 (CBSChicago) — An Amtrak conductor who was critically injured in a shooting at a Naperville train station in May has been released from the hospital.

Michael Case and his wife, Sara, said they are thankful for his recovery, and filled with compassion for the suspected gunman.

“I’m like Mickey Ward, baby. You knock me down, but I’ll get up fighting,” Michael said Tuesday night after he went home from Edward Hospital in Naperville.

Ten weeks after he was shot in the abdomen by an elderly passenger, Michael is home, happy, and feeling blessed.

“Through the power of prayer, and all the love and support, I was able to overcome it,” Michael said.

Sara said the first thought she has every morning when she wakes up is “Thank you. Just, thank you.”

Edward Klein, 79, allegedly shot Michael on May 16. Michael said he refused to let an agitated and disoriented Klein get off the train in Naperville, because it wasn’t his stop.

Prosecutors said Klein had just returned from a canceled trip to Las Vegas, and was trying to catch a train to Milwaukee, but tried to get off the Amtrak train at a scheduled stop in Naperville. Knowing Klein needed to get to Chicago to catch a train to Milwaukee, Case stopped him from getting off at the Naperville station, enraging Klein, prosecutors said.

“I didn’t feel like it was a safe place for him to get off at Naperville station with all those tracks there,” Michael said.

Minutes, if not seconds, later, Michael felt a bullet hit his abdomen, and he then managed to crawl behind a partition.

Michael said he then “had a moment with God, and asked him, ‘”lease spare me. I’ve got things to do here, and I’m not ready.’”

Asked why he shot Case, Klein allegedly told investigators, “The anger built up and I just blew him away.”

After he was shot, Michael was taken to Edward Hospital in critical condition. Sara rushed to his side and stayed with him through it all, as he underwent multiple surgeries.

“I remember her sorting me out real quick, like, ‘Hey, we’re going to do this. I got you.’ And she did,” Michael said.

Sara said she “felt it in my heart, everything was going to be fine.”

As for his shooter, Michael said he forgives Klein.

Michael said he’d like to return to work as an Amtrak conductor, but is taking his recovery day by day.

Klein has been charged with attempted first-degree murder, and was ordered held on $1.5 million bail. His attorney has said he’s likely mentally unfit to stand trial.