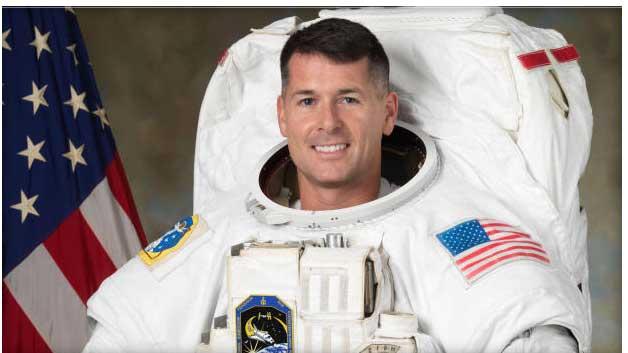 (CBS NEWS) This election is officially out of this world.

NASA astronaut Shane Kimbrough, the sole American currently off the planet, has filed his absentee ballot from the International Space Station. Kimbrough launched into space on October 19th, and cast his vote sometime over the past few days, NASA confirmed to the AP.

Kimbrough told reporters before he left Earth that he is “pretty much apolitical,” but that he was excited to be able to say “I voted from space.”

A 1997 Texas law gave astronauts, most of whom live in or near Houston, the ability to vote while they’re off on a space mission. Before launch, if an election is scheduled to take place during their mission, each astronaut chooses which local, state, and federal elections they would like to vote in.

According to NASA, mission control in Houston then sends a “secure electronic ballot” from the County Clerk to the space station, and the astronaut records their vote and sends it back. Astronaut David Wolf was the first American to vote from space in 1997, the same year the law was passed.

Astronaut Kate Rubins also cast her vote from space a few weeks ago, before she returned to Earth on October 30th.

If these astronauts can take the time to cast their votes from orbit, we here on Earth really have no excuse not to head to the polls on Tuesday.