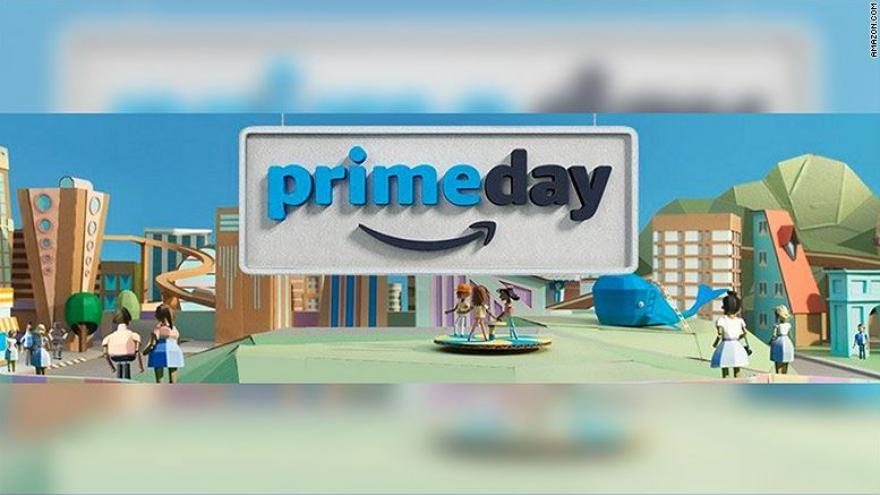 Amazon's annual day of deals kicks off at 8:00 PM central on Monday.

It's the third installment of Prime Day, and the event has already proven to net massive sales.

This year the company has promised it will be bigger than ever, with discounts on hundreds of thousands of items for Prime members all over the globe.

Amazon has given a few hints about what's to come. If past years are any indicator, the deals will encompass a wide, if not comical, variety of items.

Prime Day will actually run a bit longer than 24 hours.

Greg Greeley, vice president of Amazon Prime, says the goal is to offer deals to "a record number of shoppers."

Amazon says customers who do not already have Prime memberships can sign up on or before July 11 to take advantage of this year's deals. Prime costs about $100 per year.

Track deals ahead of time

Amazon advises shoppers to use the Amazon app, where deals will be posted 24 hours ahead of time. You can even set an alert for when the offer begins.

Get exclusive and early deals with Alexa

Customers shopping with a gadget equipped with Amazon's Alexa virtual assistant will get access to Prime Day deals two hours before anyone else.

Some deals that are already available include $50 off on a Bose Soundlink Bluetooth speaker, and $20 off a Philips light strip that works with Alexa.

One more perk of voice shopping: If you don't yet have a Prime Day membership, you can now sign up through Alexa and receive a $20 discount, putting the one-year membership price at $79.

We don't yet know much about what the Prime Day offers will be. But the company did say there will be some "amazing" deals on a "variety" of television brands -- including the Amazon Fire TV edition of the ultra high-definition Element 4K TV.

"Amazon is planning one of its largest total volume TV deals in history with a record level of inventory but once again, the TV deals will likely sell out," the company said in a press release.

Items selling out lightning-fast plagued Prime Day's inaugural event back in 2015. Last year, Amazon beefed up inventory. But Prime Day 2016 was beleaguered by some technical difficulties when some customers found it difficult to add certain deals to their shopping carts.

Some of the Prime Now bargains kicked off on Friday, and Amazon says it's currently offering 25% off of Haagen-Dazs and Halo Top ice creams, 30% off some beauty products and 30% off wine and beer in a limited number of cities.

Amazon is also offering $10 off the first and second order for any first-time Prime Now customers with the code "10PRIMEDAY."

In addition to the U.S., shoppers in 12 other countries -- including the U.K., Mexico and China -- can participate this year.

The deals will differ in each country, but Amazon says there will be a new Amazon Global Store in which Prime members in China and Mexico will be able to shop select deals in other countries.