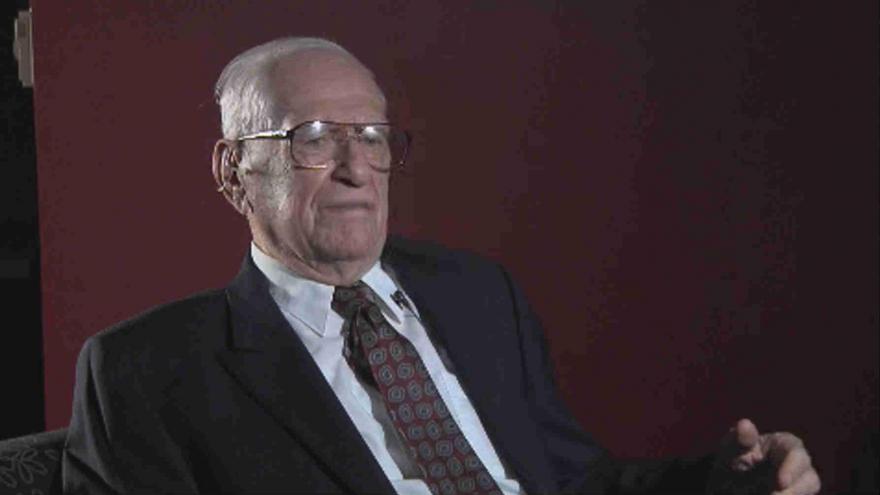 Born in Germany in 1926, Eric Blaustein was just 12 years old when German officers arrested his father and sent him to a concentration camp.

It was a night when thousands of Jews were arrested and later called Kristallnacht, or the Night of Broken Glass.

He was sent to Buchenwald where he assumed the identity of a dead Italian prisoner and was able to survive until American forces arrived.

He did it with the help of others who had control in the camp but remember from earlier times before the Nazi take over.

\"They took number of dead body put the number on me,\" recalled Blaustein in an interview with CBS 58 News. \"They took my number and put it on his body and then they said that Jewish guy died overnight. Here's his body.\"

The crowd listened intently to his story during  Alverno Colleges 16th annual Holocaust Remembrance Service, which recognizes the six million Jews who perished, and honors those who resisted and survived.

Alverno's gathering is the largest non-Jewish Holocaust Remembrance Service in the Midwest.

The event is free of charge to encourage as many members of the public as possible to attend.

\"I think the world should know what happened,\" says Blaustein. \"So, hopefully people will do something when things like that happen again.\"

But Blaustein says he can't help but worry about the recent headlines and images indicating chemical warfare against civilians in Syria.