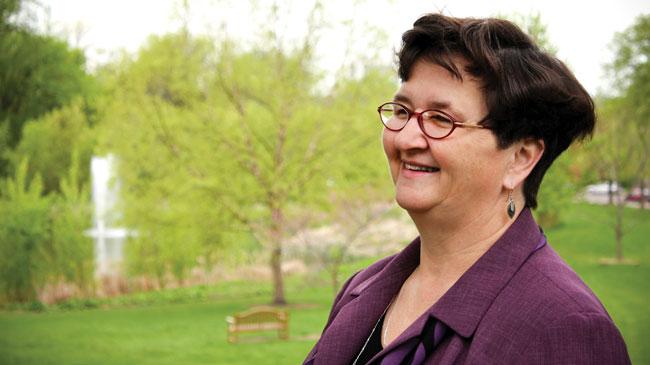 Dr. Andrea Lee, IHM, was elected the eighth president of Alverno College by the College’s Board of Trustees.

She will succeed President Mary J. Meehan, Ph.D., taking office at the start of the 2016-2017 academic year. Lee currently serves as the president of St. Catherine University, among the most comprehensive Catholic universities in the nation, and home to the nation’s largest Catholic college for women.

“Alverno College already enjoys the respect and international visibility it deserves as a recognized pioneer of pedagogical innovation and undergraduate teaching excellence,” said Lee. “What a joy and honor it will be to lead the College to its next heights of academic distinction and to advance Alverno’s fine reputation as a vital member of the Milwaukee community.”

For nearly two decades, Lee has served as president of St. Catherine University in Minneapolis-St. Paul. During her tenure, overall enrollment increased by nearly 30%, and St. Catherine substantially increased philanthropic support to fund growth in academic programs, student scholarships and university facilities. During Lee’s administration, St. Catherine launched new undergraduate and graduate programs, including doctorates in nursing, social work, physical therapy and occupational therapy; and master’s programs in business and physician assistant studies. New undergraduate programs include public health, interior design and American Sign Language and interpreting. Lee also led the University through its most recent comprehensive campaign, raising $86 million. During that campaign and subsequent fund raising initiatives, she secured an unprecedented unrestricted gift of $20 million, a Legacy Grant that supports the Henrietta Schmoll School of Health with $1 million annually, the University’s largest ever foundation grant of $3.3 million, and a recent gift of $18 million to support scholarships, faculty and program development in healthcare. Under her leadership, St. Catherine constructed a new library and student center, state-of-the-art laboratories, residence halls, athletic and academic facilities, as well as renovated existing facilities.

An inauguration ceremony is planned for the fall.