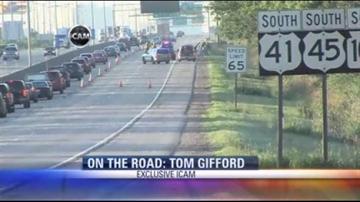 MENOMONEE FALLS -- All lanes of US 41 between Main Street and the Milwaukee/Waukesha County line have reopened following a fatal crash early Thursday.

The Menomonee Falls Police Department says the single vehicle rollover crash happened just before 4:30 a.m. in the southbound lanes of US 41/45.

A 25-year-old man from Wauwatosa was taken to a local hospital and later died from his injuries.

The driver was the only person in the vehicle and the cause of the crash remains under investigation.