All lanes blocked on I-794 at Pryor Ave. following two-car crash 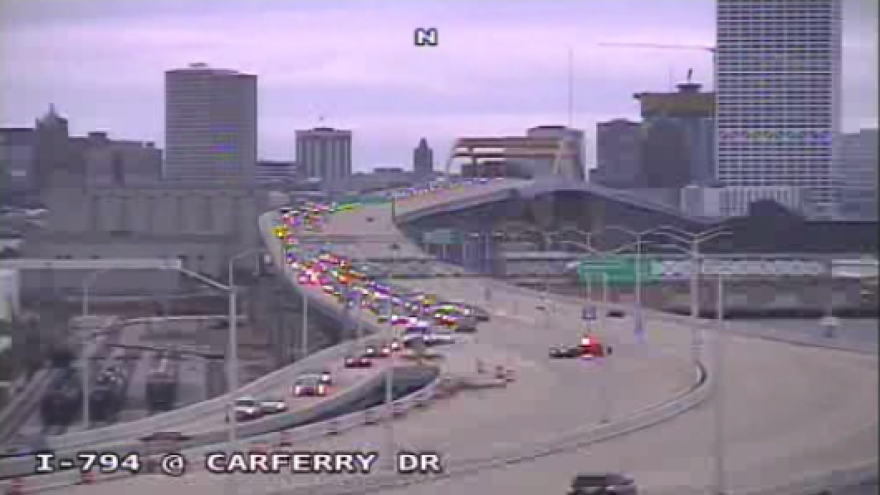 All lanes now open. Backups may still persist in the area.

MILWAUKEE (CBS 58) -- All lanes are currently blocked both directions on I-794 at Pryor Ave due to crash with injuries.

The DOT is currently advising motorists to use an alternate route.

It is estimated that the lanes will be blocked for the next 2 hours while crews investigate.

According to the Milwaukee County Sheriff's Office, one person suffered from cardiac arrest and was taken to the hospital. It's unclear if that's what caused the accident.

An additional driver on the scene was arrested for driving with a revoked license.