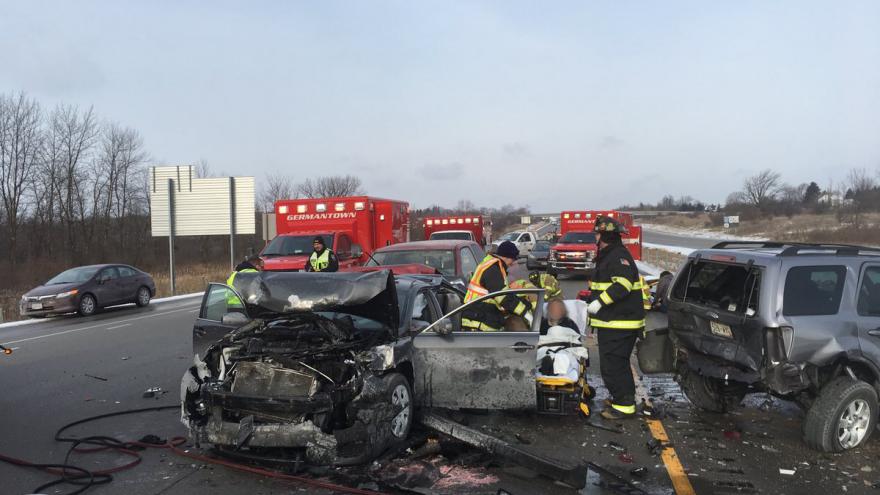 WASHINGTON COUNTY (CBS 58) -- Five people were hurt in a six car crash on Interstate 41 Friday morning, according to the Germantown Fire Department.

The crash occurred in the I-41 southbound lanes near Holly Hill Rd. The highway was shut down in both directions for 50 minutes. 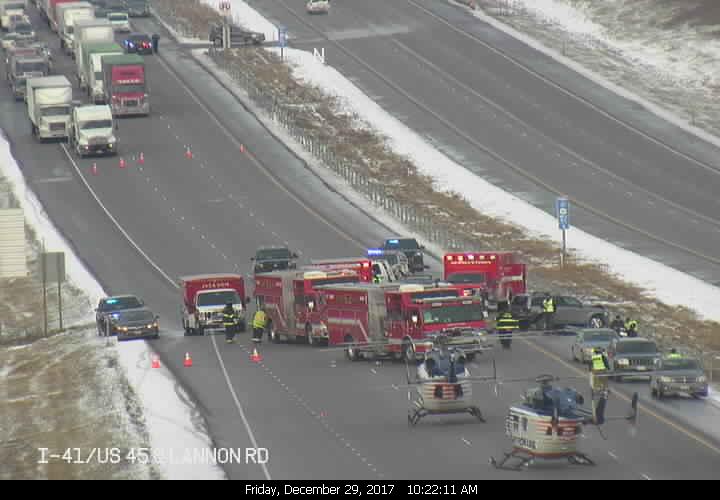 WASHINGTON COUNTY (CBS 58) -- All lanes are reopen after a crash on I-41 near Germantown Friday morning.

Details on the cause of the crash and any associated injuries have not been released.

WASHINGTON COUNTY (CBS 58) -- All southbound lanes are blocked on a portion of Interstate 41 near Germantown.

According to the Wisconsin Department of Transportation, the southbound lanes near Holly Hill Rd. are closed due to a crash.

The crash occurred around 9:35 a.m. Two medical helicopters can be seen at the scene. There is no official word on the cause of the crash or injuries related to it at this time.

Stay with CBS 58 for the latest information on this developing story.