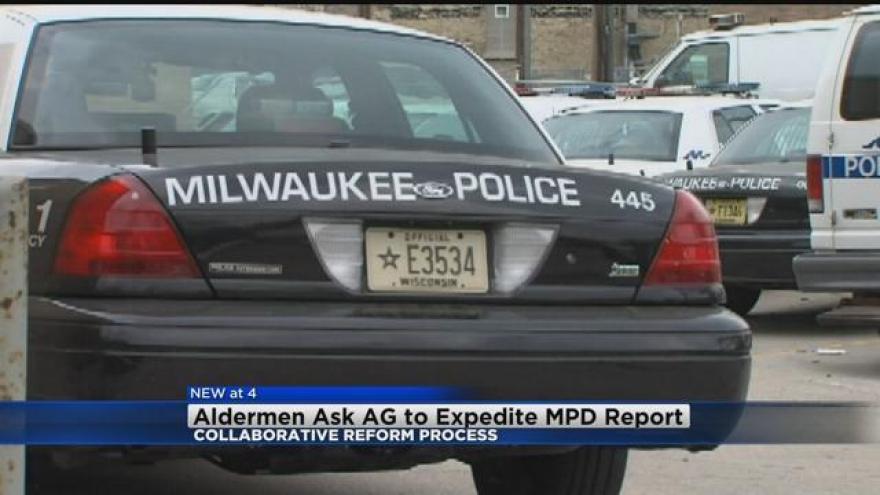 Members of the Milwaukee Common Council are demanding the release of a state department of justice report on the Milwaukee Police Department and they are asking the attorney general for help of the recently confirmed U.S. Attorney General.

The letter is signed by 14 Common Council members.

They asked either release the report or tell us the date it will come out.

That report was supposed to have recommendations for MPD based on a year of federal officials studying MPD’s practices and holding public listening sessions.

You may remember, the DOJ's COPS Office visited Milwaukee in December of 2015 to launch the program. COPS stands for community oriented policing systems.

It's a two year process where the report is compiled in the first year and then police have an opportunity to implement the recommendations in the second year.

CBS 58 has kept in close contact with the DOJ regarding this report.

A few months ago, we were told the report would be released by the end of January.

Yesterday, a DOJ spokesperson said they quote were "working to finalize the report."

Alderwoman Milele Coggs said that people that participated in this process deserve to hear results.

"We were waiting through January because that's when we anticipated the response. So now is as good a time as any, but it's no secret that the city is under a lawsuit with the ACLU about the Milwaukee Police Department. Who knows, some of the information covered within this assessment may guide us through that,” said Coggs.

The DOJ said that they did receive the letter, but did not provide an update on when the report will be done.