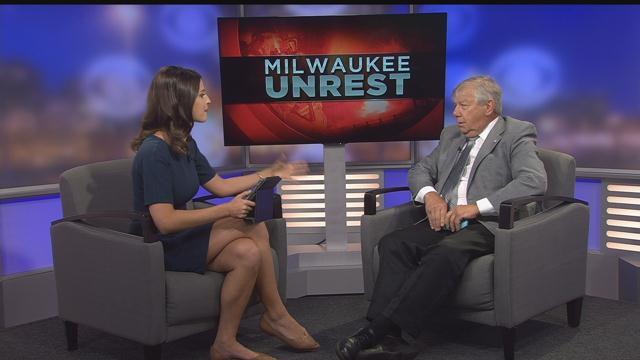 This weekend's events to some were reminiscent of the infamous riots in Milwaukee back in 1967.

At the time, the National Guard was mobilized to stop the rioting.

Four people including a police officer were killed in 1967.

More than 1500 people were arrested.

CBS 58’s Kate Chappell spoke to district 13 Alderman Terry Witkowski on the CBS 58 News This Morning about the similarities between those riots and what happened on Saturday.

“It certainly deters people from staying here, either living there or driving through because it just doesn't look like a healthy area or a safe area. The sooner this stops the better. This will have a long lasting effect on that neighborhood,” said Witowski.

Witkowski said working together is the solution.

He said the city and the police department and the neighborhood should work together to keep businesses there and keep crime out.

He said it's important to have a climate where people want to operate business.