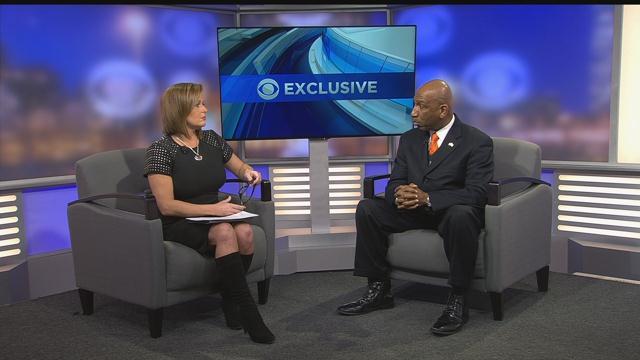 He said so live on the CBS 58 News at 4:30 p.m. Tuesday when asked to respond to the Health Commissioner Bevan Baker's statement the day before that the water is safe to drink.

Baker's statement to CBS 58 News came after Mayor Tom Barrett State of the City Address, where the Mayor touted his record of lead abatement in homes.

"What I can definitely say is the water is safe," declared Commissioner Baker. "There's no lead int he water that comes out of your tap. There's no lead in Lake Michigan. But, we do know we have old infrastructure, not only in Milwaukee, but throughout the state. So, it's our responsibility to take those lead pipes out of the ground. But, we know Milwaukee is doing all it can to make the community safe. Our water is safe. I drink it every day. So does my family."

"I drink bottled water to be very careful to make sure that, on issues like this,  we are open and transparent and have private testing." Davis told CBS 58's Michele McCormack. "One of the things the commissioner said that was contradictory is that before the standard rules committee they actually admitted there was contamination. They suspended the replacement of lead piping. So, to say our drinking water is safe and then come back to say there  may be some contamination in older homes. I  want them to get it out there. Make sure they're telling the public the truth."

Davis is pushing for a public outreach effort, especially in the minority communities, to notify residents about possible contamination.

"It's up to the Barrett administration to decide how to move  forward" added Davis. "In a transparent way or sweep this under the rug until after the election."

CBS 58 News at 4 p.m. and 4:30 extends an open invitation to all elected officials and news makers to joins the conversation.

CBS 58 has sent out a request for interview to all of the candidates for Mayor and Mayor Barrett.

As of this time two of the four, Alderman Davis and Alderman Bob Donovan have taken the opportunity to appear on CBS 58 News.