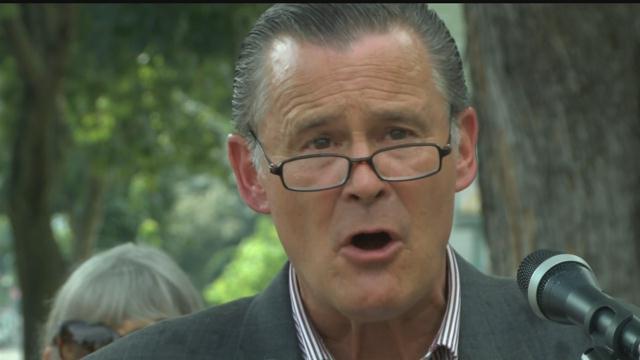 A 10-year old was shot by a stray bullet on Milwaukee's Southside. The boy is recovering and is expected to be OK.

The alderman of that district, Bob Alderman, said enough is enough with the violence. Donovan said there will be an increase in police officers who patrol this neighborhood on 20th and Lapham Street.

However, he said more needs to be done. He proposed hiring 200 additional police officers as part of the city budget for next year. He also says he would like to see the department's gang squads restored.

This recent shooting happened Sunday morning and the 10 year old boy was inside his house when he was shot. Police said two groups were shooting at each other. The boy's house has 41 bullet holes from the shootout.

Donovan points out to one major problem, he said is causing the violence.

\"Drugs are unbelievable high, illegal drugs are at an epidemic pace in this city ask anyone. It is shocking yet drug arrests are down by 40% or more,\" Donovan said.

Donovan also called on the courts to do their part when they prosecute these crimes. Milwaukee police haven't made any arrests yet in this recent shooting.