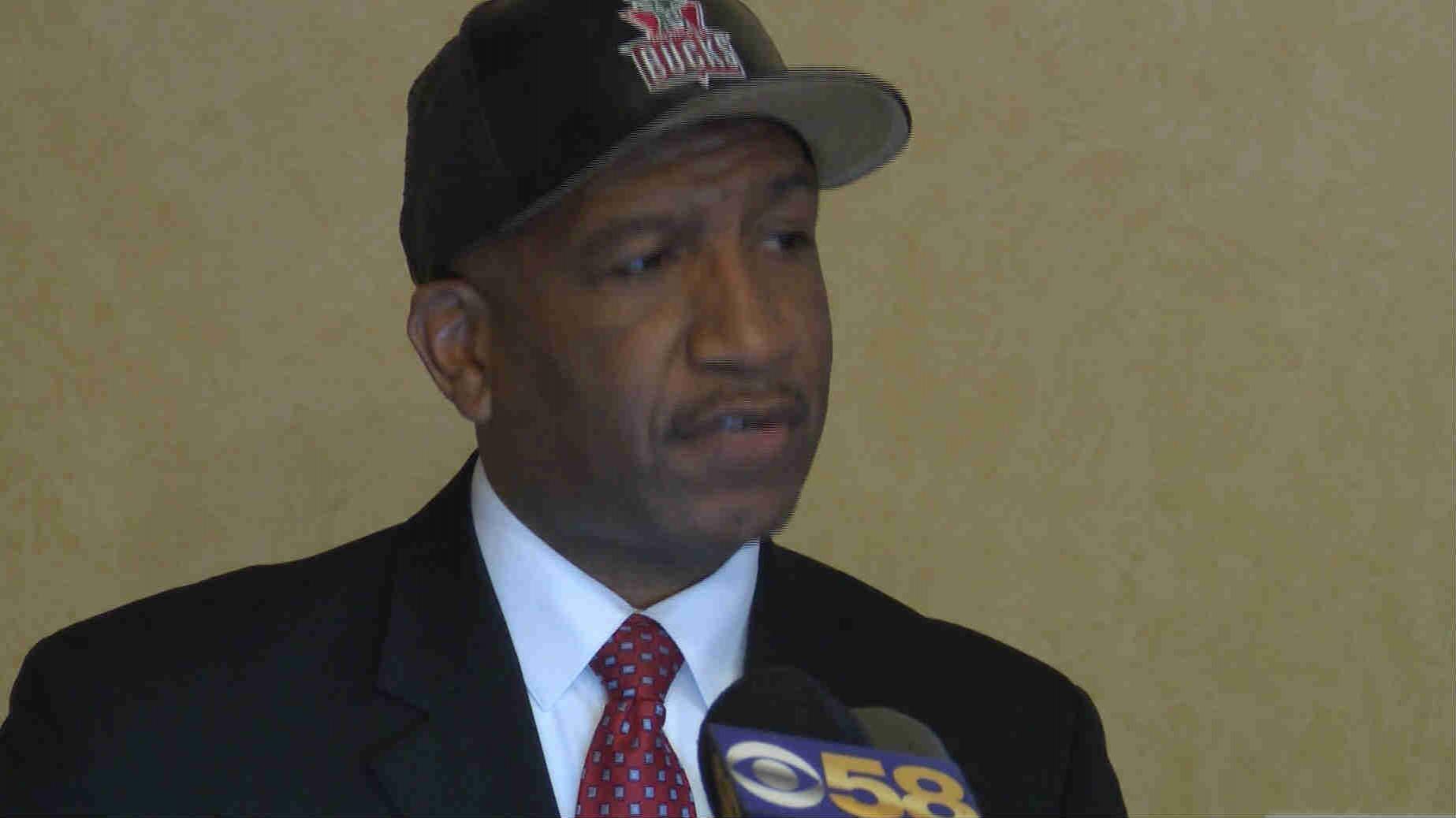 Tired of waiting, Milwaukee Alderman Joe Davis urged the city to pledge $50 million in funding for a new Bucks arena.

\"We don't need to have this thing linger on,\" Davis said during a Wednesday morning press conference at City Hall.  \"We should not shy away from our financial commitment.\"

Davis wouldn't specifically say how the city would pay for the $50 million in bonds, but seemed to lean toward tax financing that the city would recoup over time.  Davis' biggest goal is for no new taxes.

\"Not so much giving a gift to the project, but we come to the table as an investor with a reasonable return on our investment.\" Davis said.

The alderman's number hinges on $220 million Governor Walker proposed in the state's budget. But to get that funding, there needs to be another $300 million on the table. The Bucks' new owners pledged $150 million and former owner Senator Herb Kohl promised $100 million, leaving the $50 million gap.

\"Given the land, given the project, that's an easy number to actually achieve,\" Davis said.

But Mayor Tom Barrett's office called Davis' plan a \"non starter.\" Chief of staff Patrick Curley said, \"Alderman Davis is proposing $100 million in taxpayer-supported bonding for an arena that will not be on the property tax rolls and will not have the revenue streams to pay off the bonds.

When he claims his intent is to protect the interests of the taxpayers, he must be talking about taxpayers in Florence County because City of Milwaukee taxpayers will be the ones paying for Alderman Davis' plan.\"

Fellow alderman Terry Witkowski, who sits on the finance committee, isn't opposed to Milwaukee pitching in, but only if the Bucks design a full entertainment district.

\"We've had hints that that's the way it's going to go,\" Witkowski said Wednesday morning.  \"Before the city gets serious on funding we need to see what the plan is.\"

Which means continuing to wait on the Bucks -- something state lawmakers might not give Milwaukee the time to do.

\"If that state money walks away it's nobody's fault but ours,\" Davis said.

CBS-58 news asked the Bucks if the team was any closer to choosing an arena site. The team responded with a statement, saying \"For our effort to build a new sports and entertainment destination in Milwaukee to be successful, it requires a real public-private partnership and support of local and state officials.

We appreciate the support of local leaders like Ald. Davis and the mayor for the project and will continue to work with the city to ensure we can build something transformative in the heart of downtown.

We're working with the design team we recently brought on to develop plans and hope to be able to provide more information in the near future. We'll be working closely with state and local officials to determine the best possible location.\"