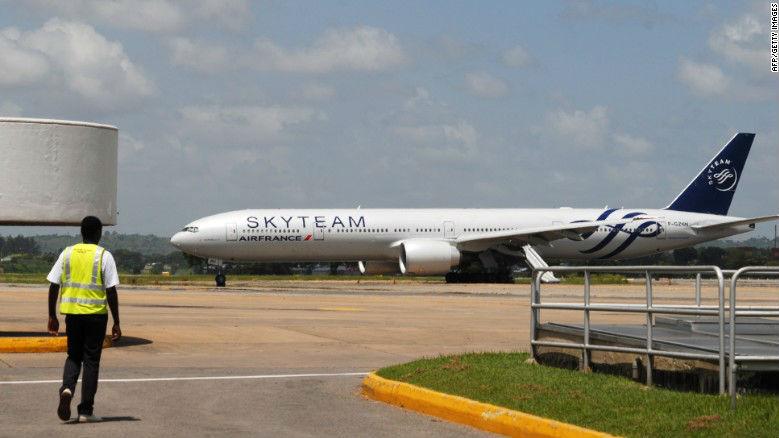 (CNN) An Air France flight headed to Paris made an emergency landing in Kenya on Sunday after a suspicious device was reported on board, authorities said.

It requested permission to land at Moi International Airport in the coastal city of Mombasa after a passenger discovered the device in the restroom, he said.

"The plane landed there safely at 12:37 a.m. local time," Boinnet said in a statement. All passengers were evacuated without incident.

Bomb experts retrieved the device and are working to determine whether it contains explosives.

Authorities said the plane was removed from the runway and some passengers are being questioned.

The airport was temporarily shut down following the incident, but has since reopened, according to the Kenya Airports Authority.

The island nation of Mauritius sits in the turquoise waters of the Indian Ocean and is a popular tourist destination known for its pristine beaches.

Mombasa, which is along the Indian Ocean, is the second-largest city in Kenya.