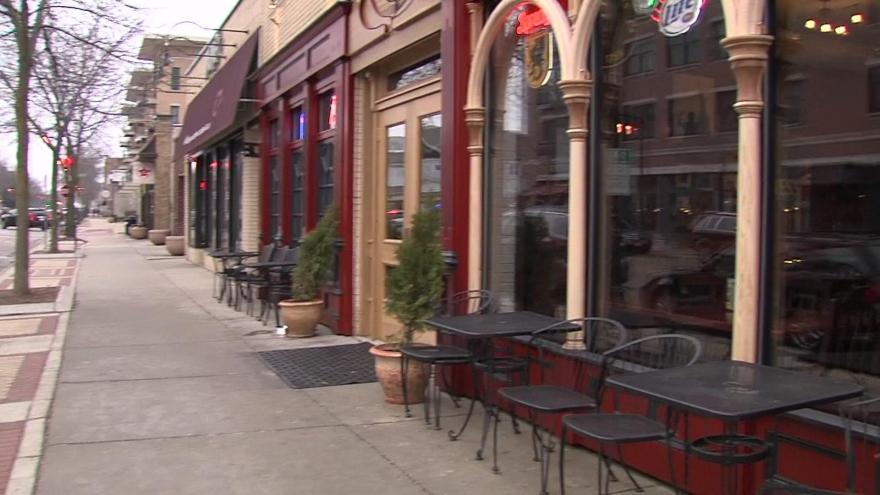 CBS 58—The Village of Shorewood will redraft rules for outdoor seating at restaurants, after some complaints about the proposal.

Last summer Shorewood started a pilot program so restaurants could build parklets, which take a small portion of the street in front of the bar or restaurant to set up some extra tables. Each parklet proposal must be approved by a design committee. Three Lions Pub and Camp Bar both built parklets to fit the village guidelines.

This year proposed changes to the program would have reduced the amount of seating allowed on sidewalks and in the parklets, and prohibited music to be played in the outdoor seating areas.

The new rules were set for a vote Monday night, but business owners worked with committee members to compromise. David Price, the owner of Three Lions Pub says he wishes it happened sooner.

“Ourselves and Camp were the pilot program and nobody came and sat with is and said how did it work, here were our concerns, how can we come together,” Price said. “It was just this policy was made and we had to follow up today and kind of freak out.”

Price adds there are other issues, like event permits, that he wants the village to address with the small business community. Monday night the village board discussed holding round tables with small business before drafting proposals in the future to avoid situations like this.

In the next couple weeks a new plan for outdoor seating, and whether or not music is allowed in the outdoor area, will be drafted and presented to the board at the next meeting.