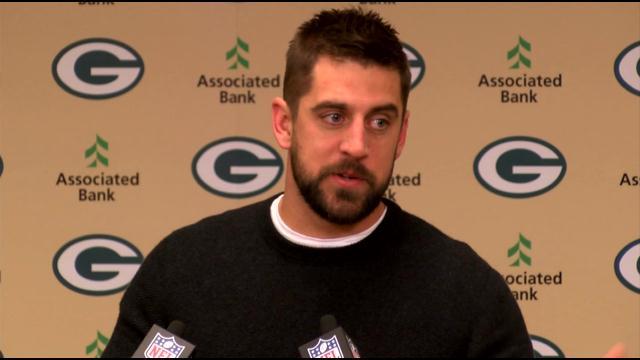 After a huge win against the New England Patriots, Packers fans are starting to think playoffs... and more.

Nate Dunkelberger thinks the team is going all the way. \"Super Bowl or bust,\" he said.

Still other fans like Julie Pfeiffer think a Super Bowl might be a little early to talk about. \"I hate to jinx it, but I think it's possible,\" she said.

The Packers are second in the NFC standings right now, and would have to overtake the Arizona Cardinals to earn home field advantage throughout the playoffs. Green Bay plays Atlanta, Buffalo, Tampa Bay and Detroit in their last four regular season games. Arizona closes out with Kansas City, St. Louis, Seattle and San Francisco.

The Green Bay Visitors Bureau tells CBS 58 that fans are starting to call hotels to line up lodging on playoff dates. The NFC Divisional Round is January 10th and 11th, while the NFC Championship will be played on January 18th.

Super Bowl XLIX will be played in Arizona on February 1. If you want to see the game, prepare to pay up. A nonstop flight from Milwaukee to Phoenix will run you at least $700.

James Bryce, co-owner of Ticket King in Milwaukee, has more bad news for people who might want to see the big game in person. \"Twenty-two to 24-hundred dollars just to get in. A bottom-of-the-barrel seat,\" Bryce said.