'Affluenza' Teen's Mother Back in U.S. 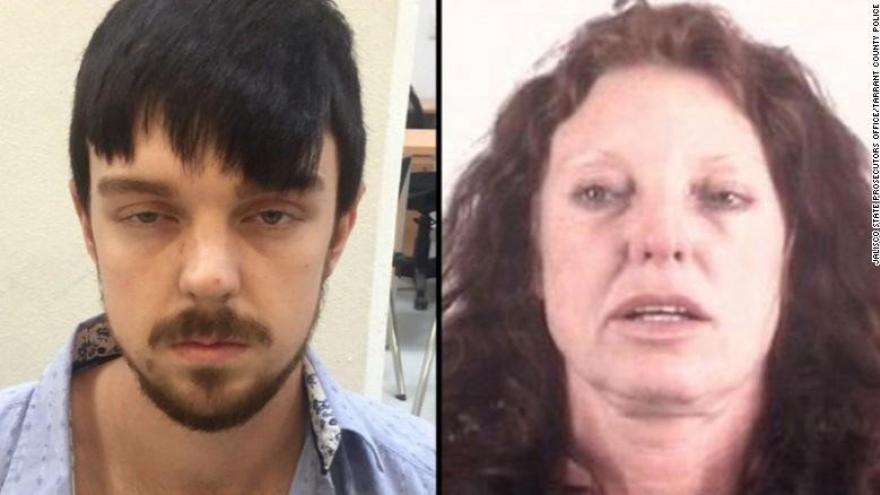 (CNN)Tonya Couch, the mother of "affluenza" teen Ethan Couch has returned to the United States. In video obtained by CNN, the mother can be seen in handcuffs with U.S. Marshals at Los Angeles International Airport (LAX).

Texas prosecutors have said Tonya Couch will be charged with hindering the apprehension of a juvenile, and if convicted, faces between two and 10 years in jail.

A Mexican immigration official with knowledge of the case said Ethan Couch's attorneys had filed a writ to seek protection and block his deportation. If the teen confirms his wish to go forward with that approach, the case would go to trial, and proceedings could take months, the official said.

"At this time we do not have a time frame. We do not know if the Mexicans have the highest priority on this case like we do here in America," Chief Deputy U.S. Marshal Richard Hunter told reporters Wednesday. "It's on their time schedule. We've seen these things happen as quickly as two weeks to two months."

The law caught up with Ethan Couch, 18, and his mother in Mexico on Monday after the pair went missing earlier this month.

He was on probation for killing four people in a drunk driving accident in 2013, when he was 16. At the time, many were outraged that a judge sentenced him to probation instead of jail time, slamming his now-notorious "affluenza" defense.

Even if a Mexican immigration court does decide to send Couch back to the United States, he might not face much time behind bars.

Violating his probation by fleeing to Mexico may earn Couch a maximum of 120 days in jail, said Tarrant County District Attorney Sharen Wilson.

Anderson told CNN Wednesday that the punishment, which he considers lenient, is infuriating.

What kind of justice Couch could face this time will depend on whether he is treated as an adult or a juvenile for his alleged probation violation.

Prosecutors want to see Couch in an adult court, but because the alleged violation happened in the juvenile system, Couch effectively would start with a clean slate in the adult probation system. As a result, the adult court judge could not punish Couch for violations he committed as a juvenile.

The maximum he could get would be 120 days. But if he is treated as a juvenile, the sentence would be lighter, Wilson said.

Anderson said he supports the district attorney's request to transfer Couch's sentence from the juvenile system to the adult court system. Even if the time behind bars is short, the requirements for probation as an adult are much more strict than for juveniles, he added.Though he's an adult now, Couch was 16 when he was sentenced for the original crime. If he is punished for a violation in the juvenile probation system, that would have him in jail until his 19th birthday on April 11, 2016, about 102 days.

But moving Couch to the adult system holds a potential advantage for prosecutors. If he ends up on adult probation and violates that, he could land in jail for up to 40 years, Wilson said.

He also could get more time on top of that, if he is convicted of new crimes as an adult.