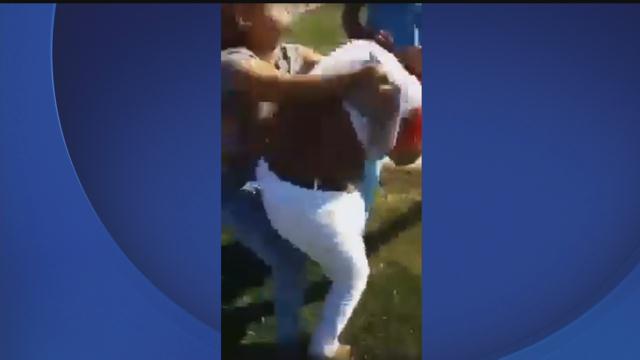 Milwaukee community activist Tory Lowe is trying to stop the madness of a trend of videotaping street attacks.

One such beating happened near Barack Obama School.

It was sent to Lowe with a message asking for his help to identify the victim and the attackers.

On the CBS 58 News at 4 p.m. Lowe announced that MPS and Milwaukee Police were involved and believed to have identified most of the people in the video.

"The school has addressed the children and the authorities," Lowed said. "I have been involved and right now I don't have any other information on what the punishments will be or anything that's going to happen. But, it's a teachable moment."

The young woman seen knocked to the ground on the video will be okay.

Lowe wants parents to get involved to stop this practice of social media encouraged attacks.

He said he was conflicted about posting the video, for fear it would encourage others.

But since it lead to identifying those involved and holding them responsible, he hopes he might have the opposite impact and actually get it to stop.