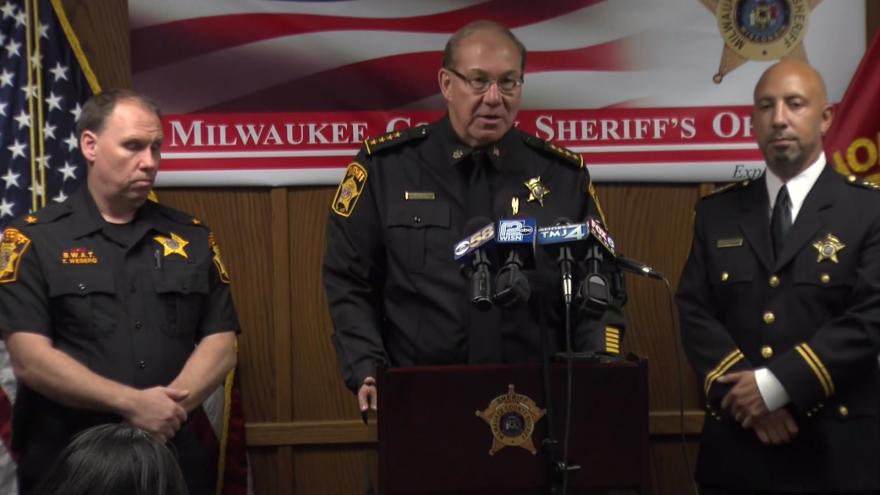 MILWAUKEE (CBS 58) – Acting Milwaukee County Sheriff Richard Schmidt stopped a driver in the Mitchell interchange on I-43 south near Howard Avenue on Tuesday around 5:25 p.m.

Schmidt paced the car with his speedometer and determined it was going approximately 80 mph in a 50 mph zone and cutting in and out of traffic lanes.

Sheriff Schmidt said, “I’ve made it clear through our saturation speed patrols that stopping reckless drivers on our freeways is a priority. Keeping drivers safe from those whose dangerous driving behaviors show a disregard for the lives of others on the road is a public safety issue.”

A 37-year-old Milwaukee man admitted he was speeding, and he also had a hypodermic needle in his coat pocket. He was driving with a suspended license.

The man was issued a citations for unreasonable and imprudent speed, operating after suspension, unsafe cutting in when passing, and possession of drug paraphernalia.