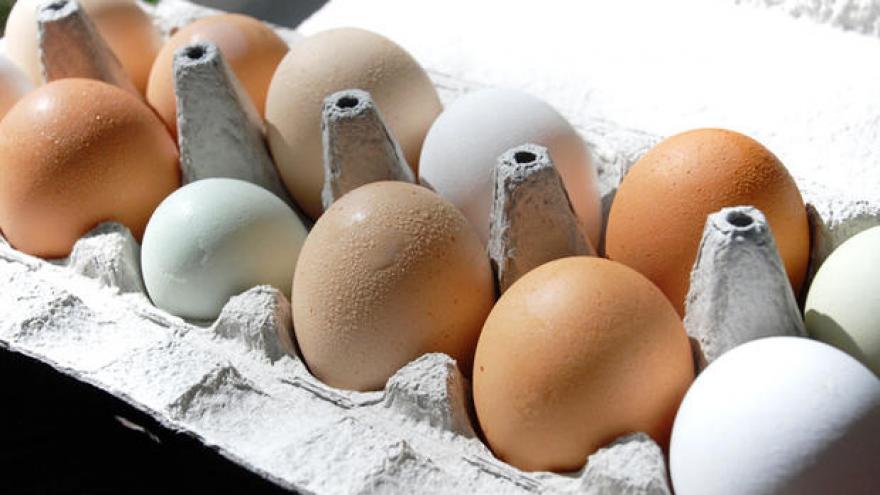 An officer was on patrol in the area of Amanda Street and Origen Street in Burlington when he saw an empty 60-count carton of eggs in the intersection.

The officer continued south down Amanda Street when he saw a black Escalade with numerous eggs smashed along the driver's side, the hood, and the rear of the vehicle.

The officer then saw another empty 60-count carton of eggs in front of a school.

The two cartons of eggs were the 'Great Value' brand and the officer went to Walmart speak with security.

The officer asked to view security footage of anyone who may have bought an abnormal amount of eggs between midnight and 3 a.m.

An employee told police that she saw a teen purchase two cases of eggs around 1 a.m.

The officer was able to identify the teen through security footage.

Officers spoke with the father of the teen captured in security footage. He told them that his son spent the night at a friend's house.

Officers made contact with the teen at his friend's house. When asked what he did last night, he responded "egging houses and cars."

The teen also admitted that the other people in the home were also involved.

A total of 11 victims reported damage to their vehicles from eggs being thrown.