A Strong La Nina Pattern Could Be Following El Nino 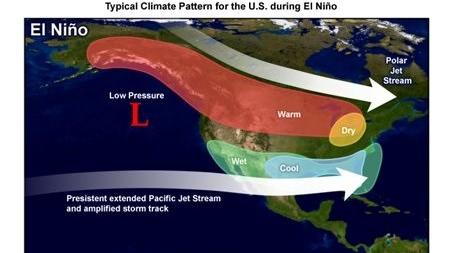 According to new satellite data from NOAA, the El Nino pattern is ending in dramatic fashion and could rapidly be switching over to a La Nina event as soon as the fall. La Ninas are known for a cooling of the Pacific waters, the opposite of El Nino. Also, scientists have noted since 1950, 11 of the last 15 strong El Ninos were immediately followed by equally strong La Ninas.

La Ninas typically generate colder-than-normal winter temperatures, causing higher heating costs and more droughts during the summer.  There is usually an uptick in severe weather across the Plains and Midwest.

It's projected this next La Nina pattern could last through 2017 and beyond.