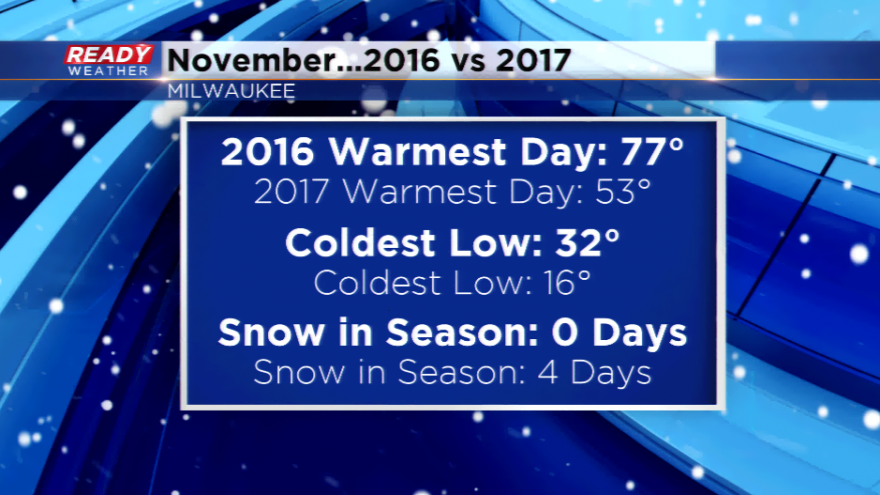 The first day of November last year started with a bang! It tied the warmest November day in Milwaukee on record, and would have ranked second in October for the warmest day of the month. November of 2016 has not one, but FOUR days in the 70s. The morning low on the first of November was warmer than our warmest day in 2017 during November. 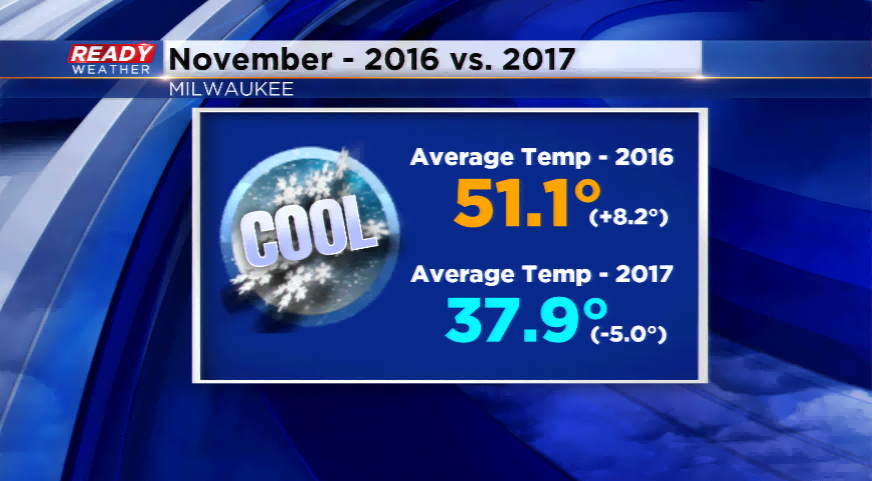 That brings us to November of 2017. It has been cold. Not January or February cold, but cold for November standards. The average high through the month so far is only at 44.5 degrees, way below the normal. Our warmest day was only 53 degrees, only one of two days above normal this month. Luckily, we haven’t had any snow pile up on us this month; however, we have had four days this season with traceable snowfall, three just this month. The average temperature is 37.9 degrees, down five degrees from the average, and 13.2 degrees below what we saw in 2016 for November. BRRRRRRR! 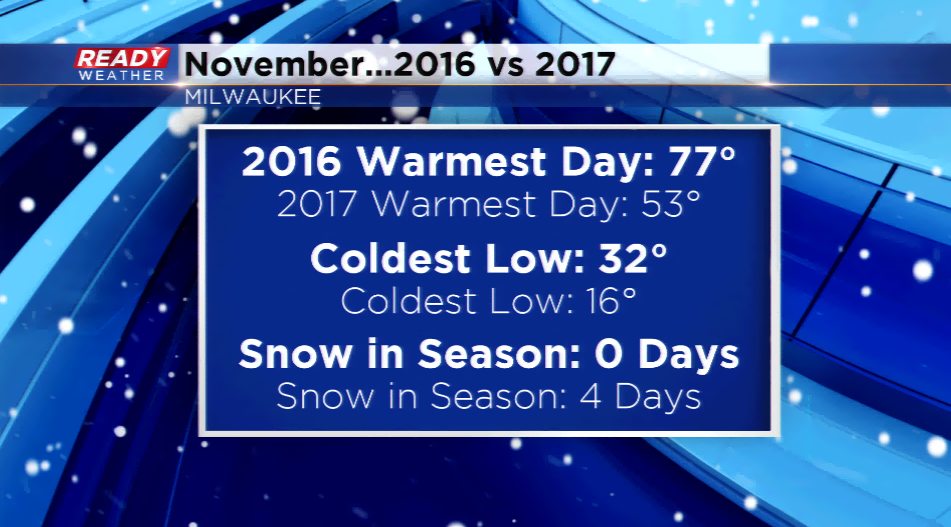 We are expecting another shot of cold air to end the week, and possibly another blast of cooler air for Thanksgiving. There is some good news here; the Climate Prediction Center has the region under an “above average” chance to see temperatures climbing above normal. 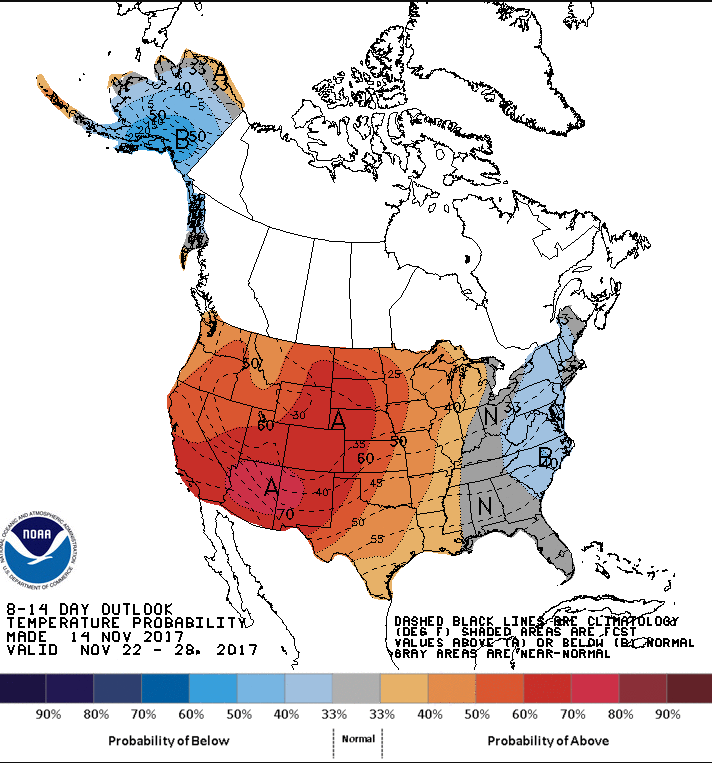