MILWAUKEE (CBS 58) -- A town hall meeting Wednesday focused on a resolution to implement a four-day school week for Milwaukee Public Schools. The plan would not give students and staff a day off, rather focus the fifth day on non-academic activities.

The resolution was drafted by Aisha Carr, district #4 school board director. Carr stressed that her resolution is focused on a feasibility study to implement a four-day school week. She says she's not suggesting that it should happen or that it should not, rather asking that the board consider looking further into how it could work.

Director Carr says the main goal of Wednesday's town hall was to inform and include the community in the idea of restructuring the school week for MPS and to garner support.

In exchange for the fifth day for non-academics, there would be 50-minutes of additional instructional time added to the four days of the week that would be focused on intensive academic work. This would ensure the district still meets requirements for learning time set by the Wisconsin Department of Instruction.

For students, the fifth day would call for mandatory extended learning opportunities like internships, paid apprenticeships, mental health services, and other programs.

Director Carr says the idea is that this additional day would help improve the students' social and emotional health and benefit students of color who are often disproportionately impacted within the education system.

She also points to benefits this plan could have for community engagement, addressing teacher shortages, and crime.

"Violence has spiked out of control and it seems the victims are getting younger and younger," she said.

Carr says it's time to try something different. "We have to take an aggressive and more innovative approach," said Carr.

Many community members in attendance at the town hall say they agree, something needs to change.

"There are different learning styles that children have and if we're not aware of those or at least have the desire to learn how those children learn, we can't be effective," said Terence Ray.

Others mentioned the plan could provide needed flexibility for teachers.

"You can share information, gain access to ideas and you have the opportunity to sit down and discuss philosophy or what works for you in the classroom," said Albra McFadden, a former teacher.

There were however some people who had concerns. "My concerns aren’t with the plan itself but rather how it would be executed and accountability structures to ensure the professional development and training and providing of services is meaningful for students and teachers," said Chayce Cornette.

Director Carr says she's open to ideas and just wants the plan to be considered citing research-based data. She also mentions that there are hundreds of districts nationwide already implementing a form of a four-day school week.

The MPS board Committee on Student Achievement and School Innovation will take up this resolution on March 10 at 5:30. Carr is asking those in support to submit written letters or attend the virtual meeting to share their thoughts. 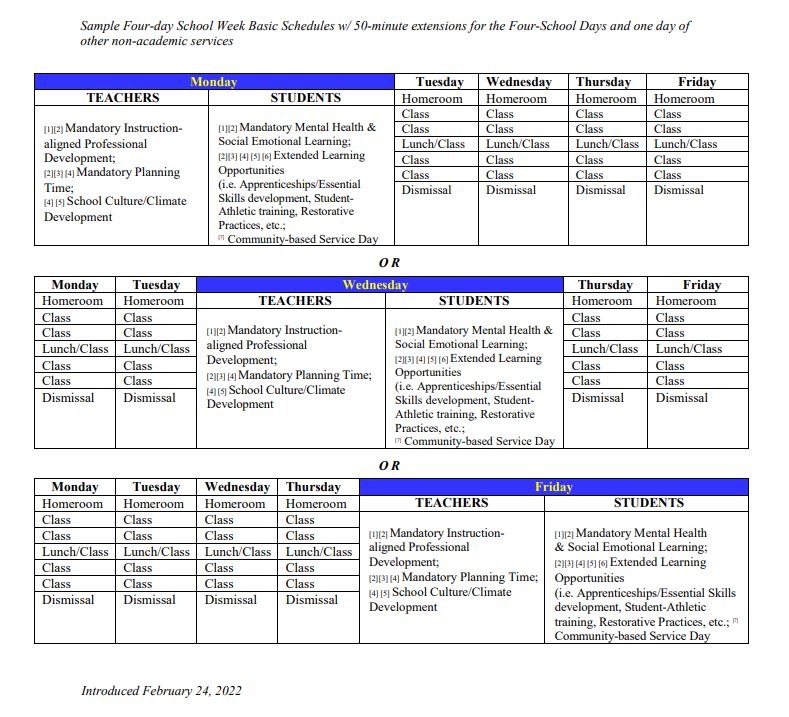