A Cocoa Study Everyone Might want to Get a Piece of 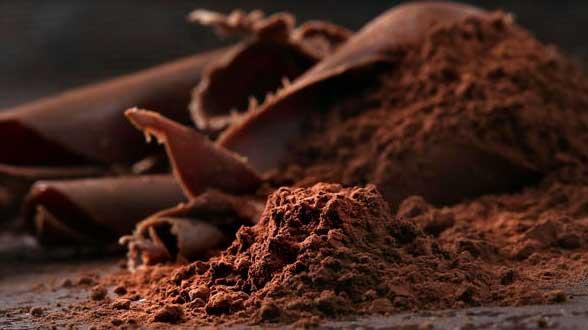 (CBS NEWS) Even scientific research can be full of chocolatey goodness. Scientists are recruiting older men and women to take part in a large, nationwide cocoa study looking at its effects on the heart and brain.

Spoiler alert: Participants won’t get to gorge on chocolate bars, but will instead test supplements containing a cocoa extract. The researchers from Boston’s Brigham and Women’s Hospital, Harvard, and the Fred Hutchinson Cancer Research Center in Seattle, say the results could shed more light on what we already know about chocolate (other than the fact that it’s delectable) and its impact on health.

“We first announced the study in 2014, but we now have funding for a new cognitive component – to look at slowing of age-related memory loss? – in addition to looking at prevention of heart attacks and strokes,” Dr. JoAnn Manson, chief of the Division of Preventive Medicine at Brigham and Women’s Hospital, told CBS News.

“There’s new research? in the last two years suggesting benefits of the cocoa flavanols for cognition?,” explained Manson, who is also a professor of medicine at Harvard Medical School.

Cocoa flavanols are natural “bioactive compounds” in cocoa beans that past studies suggest may have a positive impact on blood pressure, cholesterol, insulin and inflammation, which are cardiovascular disease risk factors, according to the researchers.

These compounds may help create nitric oxide in the body, which could help blood vessels dilate and in doing so, may make for a healthier cardiovascular system.

However, the researchers said in an online description of their study, “It’s not clear whether or not these effects will translate into real reductions in CVD [cardiovascular disease] rates.”

This is the first study large enough to assess the effects of cocoa extracts and multivitamins on certain health conditions that are important at later ages, say the researchers, who will explore whether concentrated cocoa extract helps reduce heart disease and stroke. Another portion of the study will look at whether or not commonly used multivitamin supplements can help reduce the risk of cancer.

The amount of cocoa the researchers want to give participants might lead to sick bellies and weight gain if it was eaten in chocolate candy form, so they’re providing it in supplement form. (“Pills with cocoa extract will not taste like chocolate,” they note on the study’s website.)

The study, sponsored by chocolate maker Mars and pharmaceutical company Pfizer, is set up as a randomized controlled trial, which means the participants will not know if they are taking cocoa supplements,multivitamins?, or placebo pills (the placebo pills have no active ingredients).

“We’re recruiting 18,000 men and women around the country – no need to live in Boston,” Manson said. To participate in the study, men must be older than 60 and women need to be over 65, with no prior history of heart attack and no cancer within the past two years.

“We’d like to get the word out that recruitment is going on right now,” Manson added.

It might help if participants got to go home with a goody bag of real chocolate when the study ends, but instead they’ll have to be satisfied with simply contributing to sweet scientific knowledge.

More information about the study is available on its website cosmostrial.org, or by phone at 1-800-633-6913.