A close to average September ends

September has ended and October has begun. Temperatures seemed to cool just as soon as the calendar flipped with our first frost advisory of the season issued for the morning of October 2nd. Looking back at October we didn't have any big temperature swings and we went through longer wet and dry stretches of weather. Overall we stayed pretty close to average on both temps and rain. 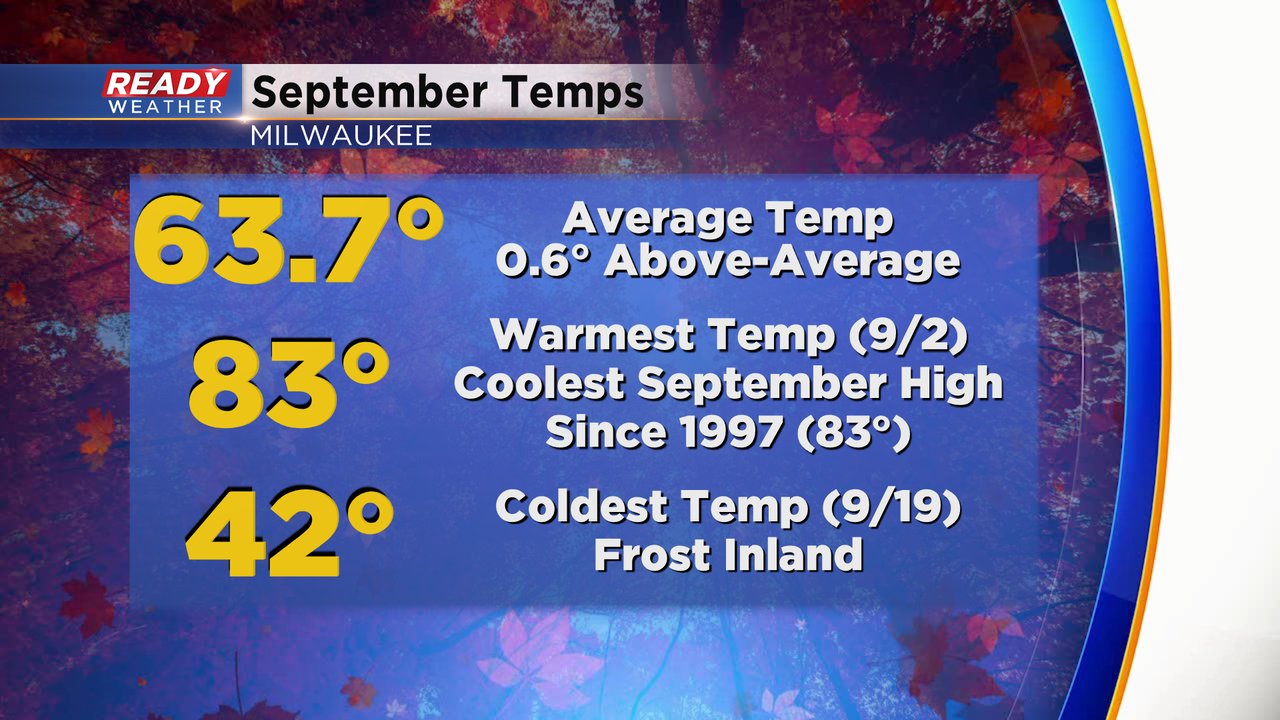 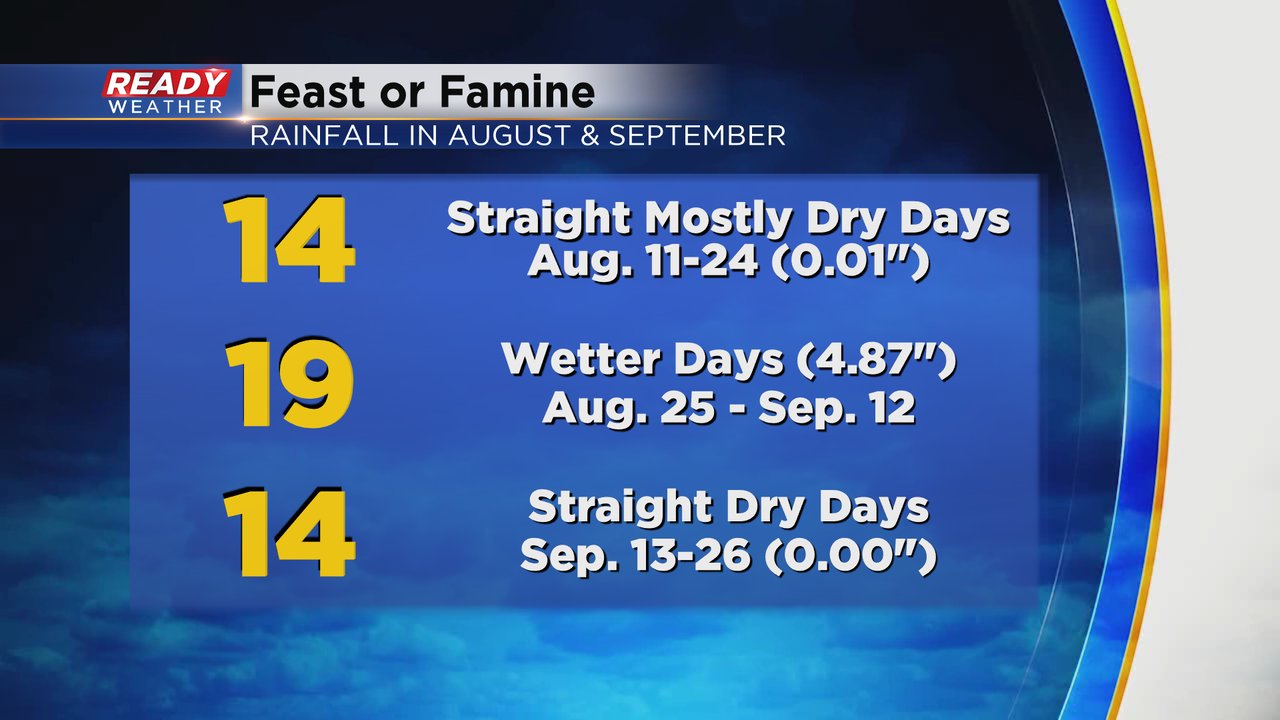 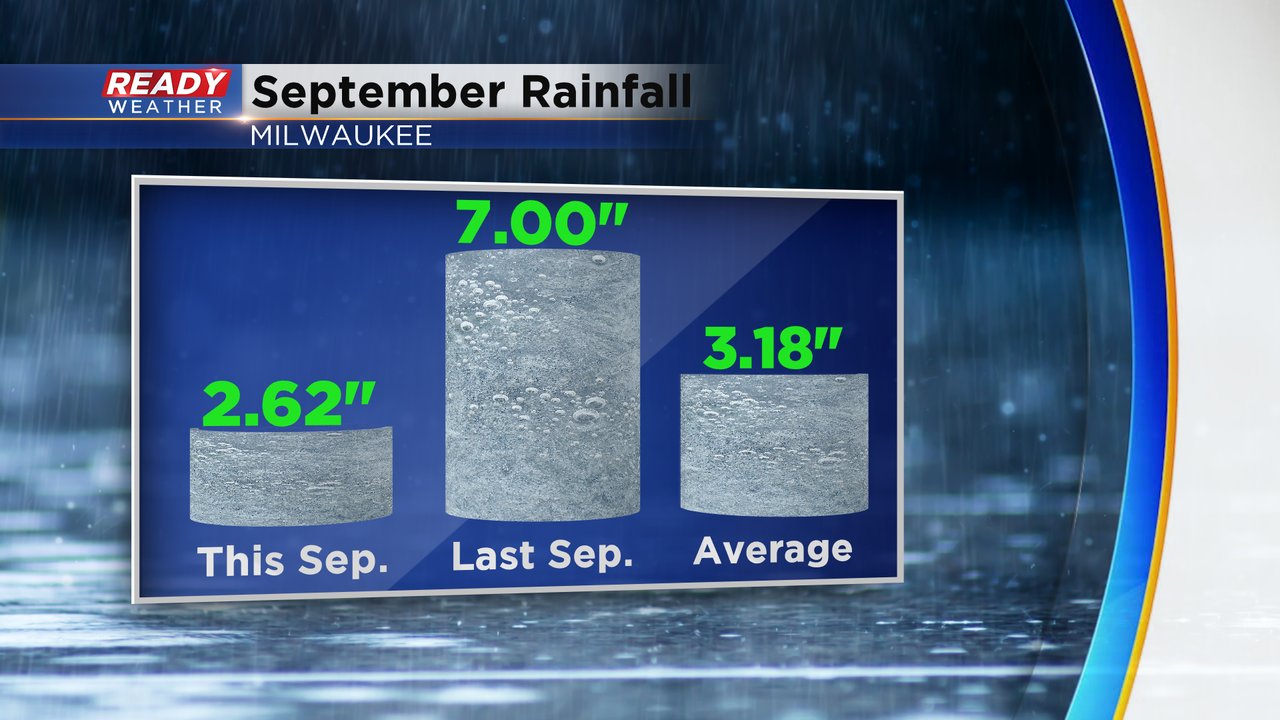 Now we are in October where the average highs and lows drop about ten degrees and by Halloween average highs are in the mid 50s and lows are in the 30s. Our average frost in Milwaukee happens October 9th, so we are seeing it a little earlier this year. We typically get our first snowflakes during October which averages 0.3" of snow and the earliest 1" snow event happened October 17th. 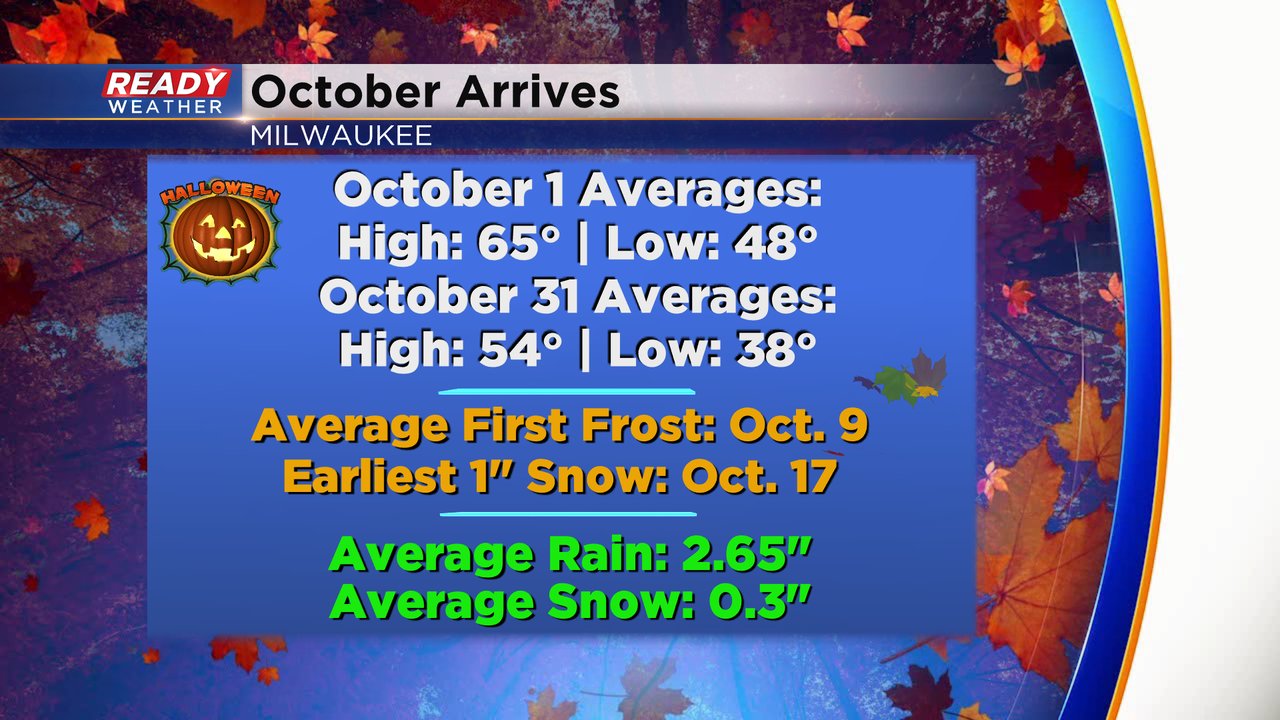 Download the CBS 58 Ready Weather app to see the 10-day forecast and track the cooler temps and get early warning on when snowflakes may start to fly.