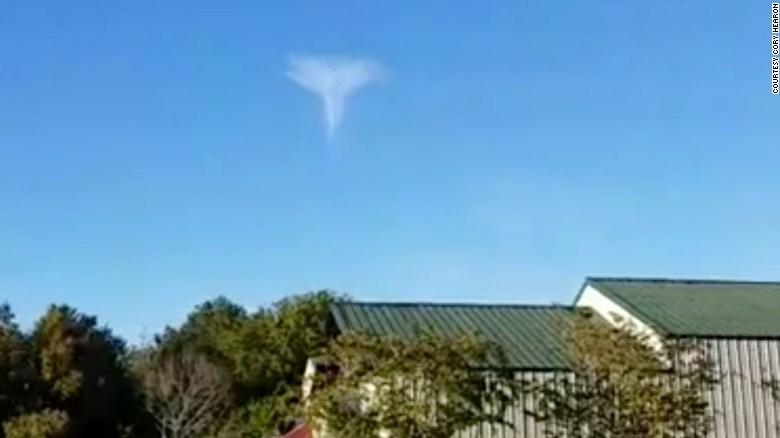 (CNN)What is it about things that don't lend themselves to easy explanations that so capture our imagination?

We saw it after the Orlando shooting when a photo of 49 birds flying over a victims' memorialwas shared thousands of times on Facebook. And we're seeing it again after Cory Hearon snapped a video of what looks like an angel floating in the sky.
Hearon told CNN he was on his way to work in Camden, South Carolina, when he spotted the cloud.
"The wind didn't seem to disturb it, and it remained in the same place for 15 to 20 minutes," he said.
He knew that if he didn't capture what he was seeing, nobody would believe him.
"Is that not an angel or what?" he says in the video. "This is blowing my mind."
The clip has been shared more than 260,000 times and has more than 7.6 million views.
Hearon, a husband and father of three girls, says he's been overwhelmed with messages and stories from those who have lost loved ones or are experiencing hardships.
"It's just a blessing what an uplift this has been for so many people," he said.
Share this article: