Milwaukee man arrested for OWI after crash with baby in car 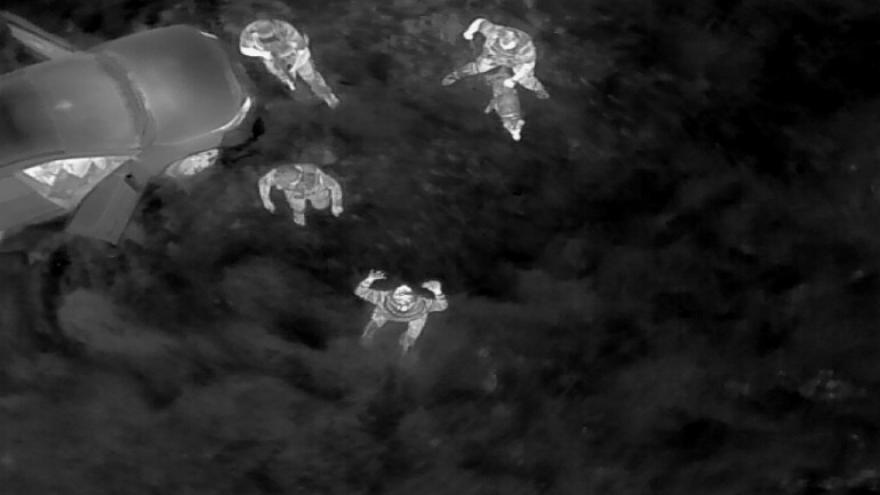 POLK, Wis. (CBS 58) --- A 34-year-old Milwaukee man was arrested on Sunday, May 9 for multiple OWI charges after fleeing from police with an infant in the car and subsequently crashing.

Officials say the incident began in the town of Polk on Sunday when a sheriff's deputy observed a car parked on the side of STH 60 near Hillside Road around midnight with their hazard lights on.

When the deputy stopped to see if the driver needed assistance, the deputy saw the driver passed out in the lap of a female passenger. A second deputy saw a one-year-old sleeping in the backseat of the car, unrestrained.

According to officials, deputies learned the driver was wanted by the United States Marshal's Office on outstanding weapons charges and had several prior OWI convictions.

Officials say deputies re-approached the car and asked the driver to get out of the car. The driver refused and fled in the car at a high rate of speed.

"Based on the fact that there was a small unrestrained child in the vehicle as well as another passenger, the deputies made the immediate decision to not pursue the car in hopes that the driver would slow down and reduce the risk to the passengers," the Washington County Sheriff's Office said.

Officials say a deputy in the area observed the suspect's car traveling at 100 miles per hour even though police were not chasing him.

As the suspect entered the village of Jackson on STH 60, the suspect failed to negotiate a roundabout and crashed into a marshy area. The suspect then fled the scene on foot, leaving his passenger critically injured in the car, as well as the unrestrained infant, officials say.

Officials used the agency's drones minutes after the crash and quickly located the suspect by using the drone's infra-red technology. The suspect reused to comply and come out of the marsh, but eventually surrendered and was arrested.

The female passenger remains hospitalized with serious injuries from the crash. The infant was uninjured and released from the hospital.

“In this case, the deputy is stopping out to do his job and provide help to someone in need, and moments later they are having to make split-second decisions based on the information they have at the time; the decisions they make have the potential to have long-lasting repercussions," Washington County Sheriff Martin Schulteis said.

Schulteis said officers recognized the need to mitigate the risk to the passengers, especially an unrestrained baby, and not push the suspect to drive any more reckless than he already was, even if it meant allowing the suspect to temporarily escape.

"They monitored the suspect from a safe distance which allowed them to render aid to the injured shortly after the crash and utilized technology to quickly locate the suspect.," Schulteis said. "In the end, the suspect’s actions alone showed utter disregard for precious human life, including a defenseless child. He will now face the consequences.”

Posted by Washington County, Wisconsin Sheriff's Office on Tuesday, May 11, 2021