MILWAUKEE (CBS 58) -- Criminal charges have been filed in connection to the brutal death of a 12-year-old Milwaukee boy. Investigators say 53-year-old Andrez Martina admitted to "losing control" on Sunday, Aug. 29, and beating his grandchild, Andre Smith Jr., to death.

On top of the horrific details surrounding this crime, during an interview with detectives, Martina allegedly admitted to another murder that happened in 1989. Martina said he wanted to talk with police and has nothing to hide.

The homicide of 12-year-old Andre Smith occurred Sunday, Aug. 29, near 46th and Hampton. According to a criminal complaint, Andre and his 8-year-old brother were staying at Martina's house, who is their grandfather. Martina allegedly asked to have the boys sleep over so they could get school supplies the next morning. 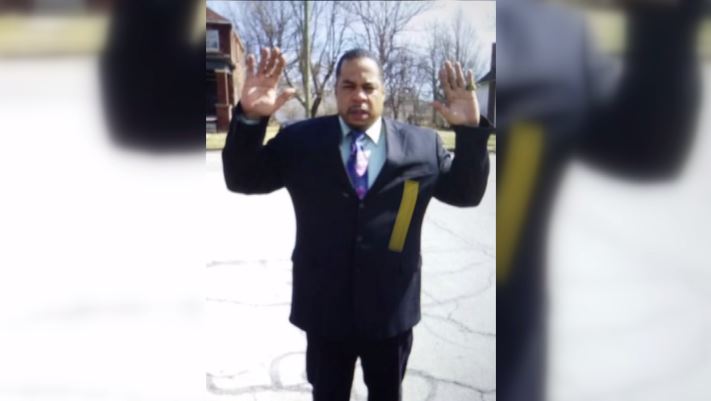 Illysha McCroy is Andre Smith's grandmother, and has had full custody of him since 2017. She said Martina had just moved back to Milwaukee this summer, and would see the kids a couple times a week.

"He just got in town in May," McCroy said. "I was giving him that chance."

But the boys' mother says his long history of violence and his criminal record were well-known. He'd even served time for murder. Now he faces life in prison.

Andre's mother Nakeda Martina said, "Why would anybody in their right mind take children to a known murderer?"

According to a criminal complaint, Andrez Martina has five felonies on his record, and admitted to telling his grandchildren in the past, “if you lie, if you mess up in school, if you steal, I’m going to kill you.”

McCroy said, "He asked me for the chance to get to know his grandkids." She said Martina "did have some issues, like everybody else's issues," but she still allowed Andre and his brother to spend the night Saturday.

According to a criminal complaint, Martina told investigators he woke up around 3 a.m. to use the bathroom, and noticed his wallet was open and money was missing. Martina said he went to the living room and confronted Andre and accused him of taking his money. Andre allegedly turned his pockets inside out to show Martina he did not take his money. Martina told officials that's when he smacked Andre repeatedly, demanding Andre get his money.

The criminal complaint says in response, Andre went to a cousin's bedroom to retrieve the money. When he returned, Martina allegedly started striking Andre again. The complaint says Martina recalled, "I'm not killing him, I'm just bopping his [expletive]."

Andre, according to the criminal complaint, was able to run to the bathroom and lock himself inside. Martina told investigators he picked the lock open and "lost it" on Andre. He recalled shoving Andre with enough force that his head left a large hole in the wall.

Martina’s mother -- who lives in the home at 46th and Hampton -- told investigators she was awakened by her son yelling at Andre. She told investigators she looked up and saw Martina striking Andre with a hammer all over his body, including his head and back. She believed the brutal attack lasted an hour to an hour-and-a-half. Investigators made note in the criminal complaint, Martina’s mother is disabled, making it difficult for her to intervene.

Investigators say Martina "flashed forward" in time to when he stopped beating Andre. He told officials he recalled seeing a lot of blood and put Andre's body into the bathtub in an attempt to wash the blood off him.

According to the criminal complaint, Martina did not recall using a hammer to strike the boy. He did, however, admit to losing control.

Andre's 8-year-old brother was also injured during the incident. The criminal complaint says he suffered a broken finger, bruising to his body and a laceration to the top of his head.

Investigators noted in the complaint, Martina recalled telling his grandchildren in the past, "if you lie, if you mess up in school, if you steal, I'm going to kill you." He told officials he believed the entire incident lasted from 3 a.m. until well after 8 a.m.

Martina has been charged with the following:

Inside the home, law enforcement located methamphetamine pills, marijuana, and a firearm.

Contributions to this story also made by: Adam Rife
Share this article: