Milwaukee Fire Department battles at least 10 fires on south side

Milwaukee firefighters battled a spat of fires Friday morning on the city’s south side. In less than three hours between 1:40 AM and 4:10 AM, the MFD was called to no less than ten fires. Most of the fires started out as rubbish fires, but some extended to garages and houses.

Milwaukee Fire Department Deputy Chief Terry Lintonen said, “It starts to be a situation where we have someone igniting rubbish carts and we do have an occupied structure that starts to burn. We have resources coming from much further away and that’s a potentially life-threatening situation.”

The most extensive fire happened in a home at S 10th Street and W Lapham Boulevard. In that case, Deputy Chief Lintonen said the fire started in the garbage cans that were up against the building. The fire extended to all three floors of the house.

In several of the early morning fires, the Deputy Chief said there were residents in the buildings. The Red Cross is assisting three adults displaced by one of the morning fires at S 20 and W Mitchell Streets.

Here is the list of fires CBS 58 is aware of organized by the time the call came in to firefighters:

No injuries were reported in any of the fires.

Milwaukee Police say that at least eight of the fires are related. They are searching for suspects wanted in connection with the arson fires. Police believe the number of incidents may increase as residents discover damage. Anyone who does discover fire damage is asked to call MPD's non-emergency number at 414-933-4444.

Police have released surveillance images which appear to show a group of three people on bikes.

The West Allis Fire Department was called out to assist the Milwaukee firefighters. 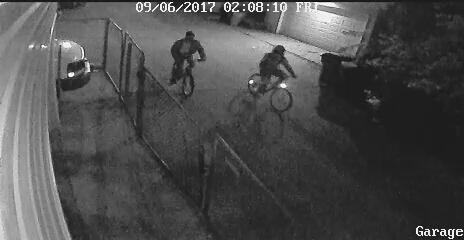 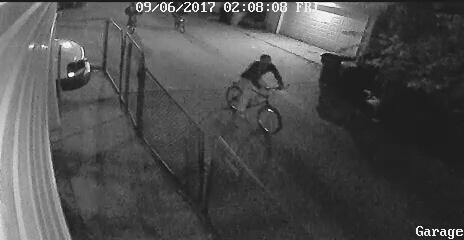