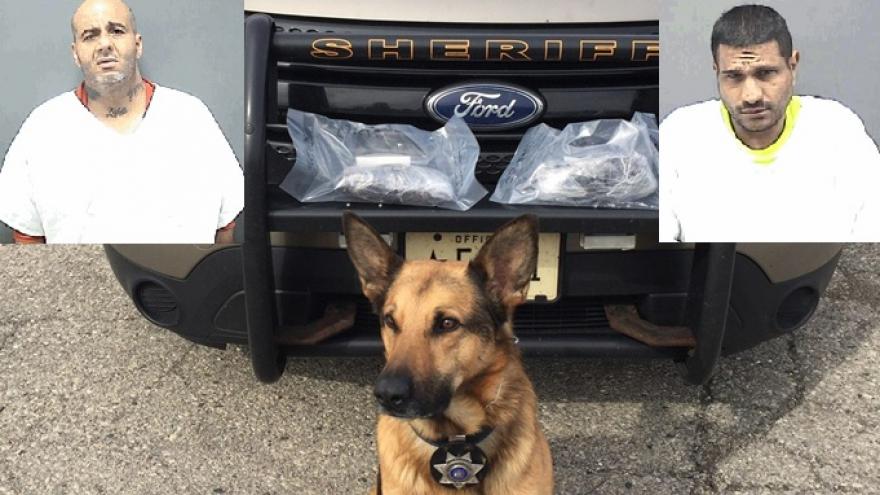 During the traffic stop a K-9 sniffed the vehicle and uncovered 1024.1 grams of meth in two packages weighing about one pound each. The meth was found inside a box of toys and candy.

The approximate street value in Wisconsin is $10,000 per pound.

45-year-old Carlos Pagan and 39-year-old Luis Nieves Rivera, both from Milwaukee, were arrested with possession of meth.