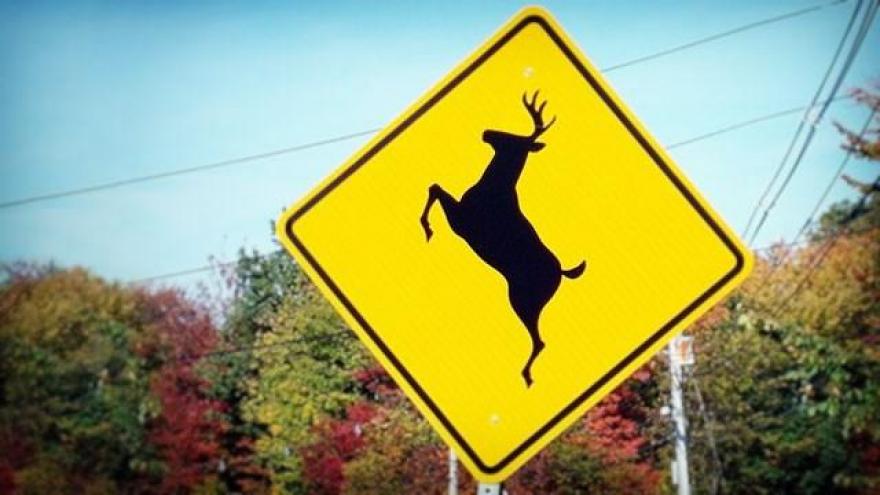 Two motorcyclists were injured Friday night when the motorcycle they were riding on collided with a deer in rural Waukesha County.   The accident happened around 8:25 p.m. near Waukesha County Roads Z and D in the Town of Ottawa.   According to the Waukesha County Sheriff’s Department, the riders of the motorcycle, a 54-year-old man and his 50-year-old female passenger, both from the Town of Ottawa, were thrown from the machine when it collided with the deer in the northbound lane of HWY Z.  Both were taken to Aurora Summit Medical Center with what is described as extensive, but not life threatening injuries.  Neither the driver or passenger were wearing helmets.  The Waukesha County  Sheriff’s Department is continuing to investigate the accident.

The Wisconsin Department of Transportion is cautioning motorists over the next several weeks  to be on the alert for deer which may dart onto the roadway.   Deer activity typically increases in June as females search for places to give birth and young deer are separated from their mothers.

"This time of year, we tend to see increases in traffic volumes, vehicle speeds, and deer activity and that's a dangerous combination for all motorists, but especially for motorcyclists," said David Pabst, Director of WisDOT's Bureau of Transportation Safety. "The best way to avoid deer crashes and injuries is to slow down, buckle up, and if you're motorcycling - always wear a helmet and other protective gear."

June typically ranks high as a month when motorists are most likely to be injured in vehicle/deer crashes. In each of the last five years, June was the  worst or second worst month for motorists' injuries from deer/vehicle crashes.  According to the DOT, last year, 11 people were killed in deer-related crashes in Wisconsin, all were motorcyclists.