99-year-old Vikings fan gets tickets to the Super Bowl 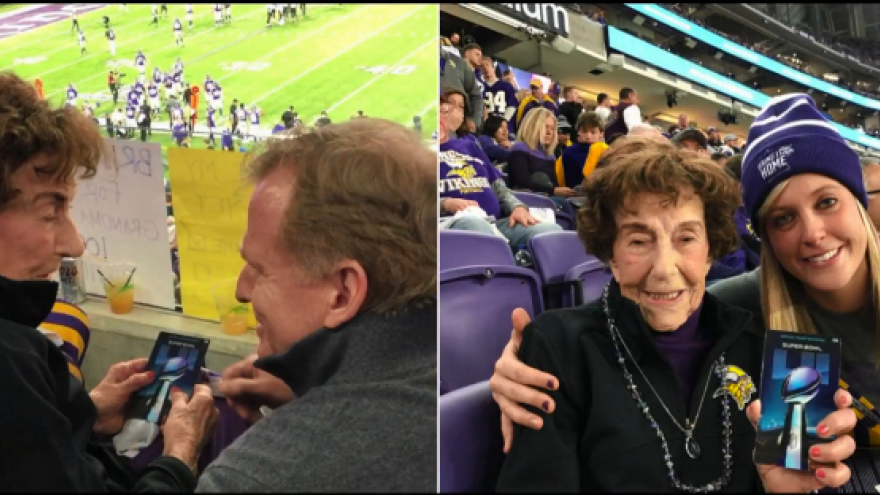 MINNEAPOLIS (WCCO) — You might say the Vikings had a good luck charm at the game last night, and you probably saw that charm in a few of the cutaway shots during the broadcast.

Millie Wall, at 99 years old, could be seen having a screwdriver at the game with her granddaughter Ashley.

The Vikings surprised her with two tickets to Sunday night’s playoff game to honor her 100th birthday this July.

Then NFL Commissioner Roger Goodell took time during the end of the game to visit with her. WCCO found out that Goodell gave her tickets to the Super Bowl.

Wall said that she’s been a Vikings fan for 56 years.

Not every year was a joy, though; there were years she considered hopeless.

“You just had to bear it,” she said reluctantly.

During those times, she often threw a foam brick at her TV.

“There were years I got up all the time so I thought well this is dumb. So now I put a string on (the brick) so I can retrieve it,” she said.

You're never too old to attend your first #Vikings playoff game.

We can't wait for you to help us #BringItHome for your 100th birthday, Millie! pic.twitter.com/fAPO3FOFsg